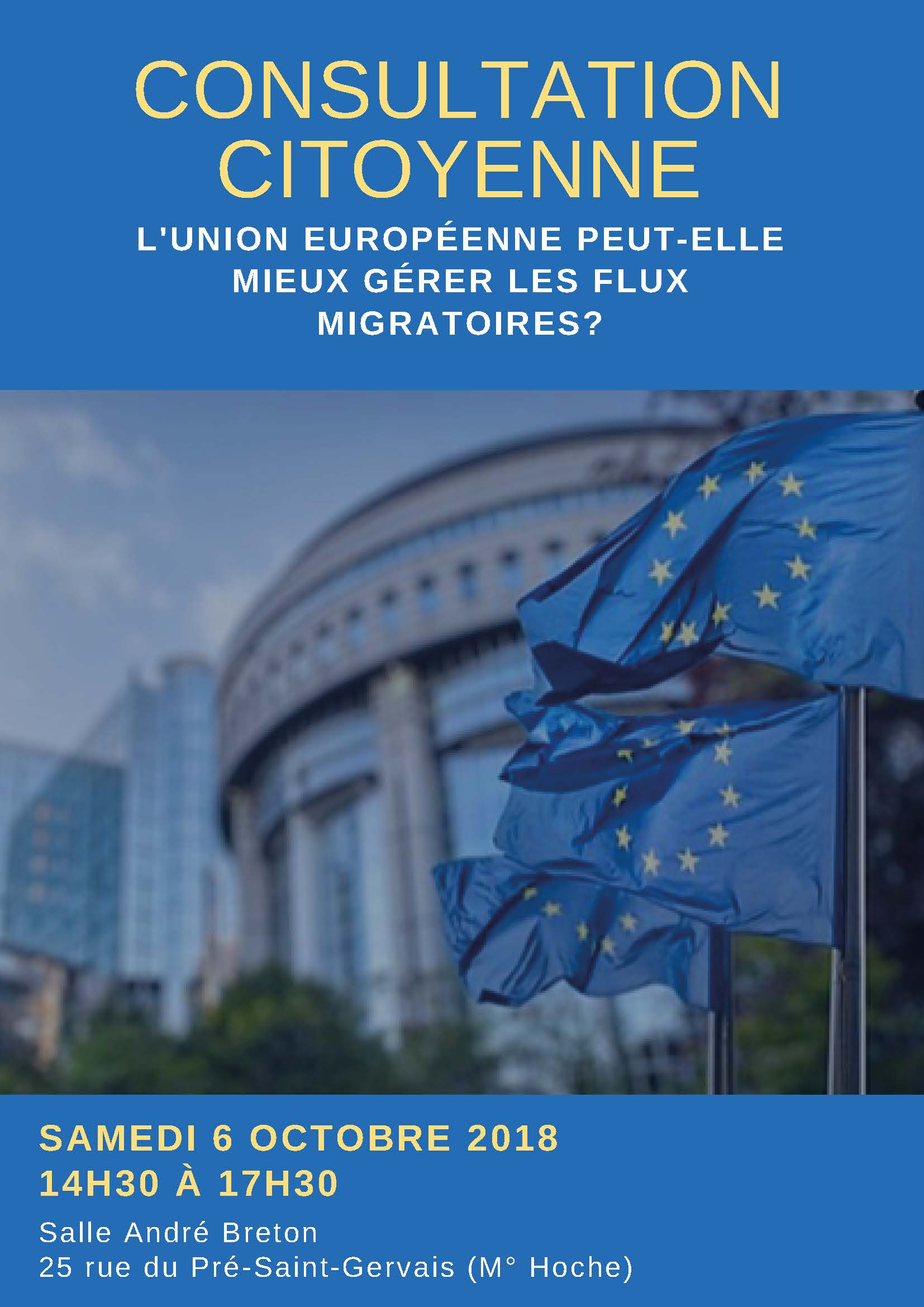 The Jacques Delors Institute, in partnership with the Olivaint Conference, is organizing a citizens’ consultation to find out what citizens expect of the EU’s management of migration flows and their ideas for improving it.

Europe has always been a land of migration. For 70 years, the construction of Europe has made it a free movement area. However, for a few years, we have been talking about a “migration crisis”. If the latter peaked in 2015, the European Union experienced several situations in 2018 that brought the issue of refugees, asylum seekers and migrants, often amalgamated, into the center of controversy whose European leaders seem to not succeed in going out.

It is in the context of citizen consultations that the Olivaint Conference and the Jacques Delors Institute wish to hear the voice of European citizens on these topics that often make the headlines: Europe can not really better accommodate migrants ? Can she welcome more? What do you expect from her in this matter? Do you have questions or ideas to propose so that Europe remains a land of welcome and fulfillment? Come speak during this citizen consultation in which Gérard-François Dumont, geographer, economist and demographer, participates to answer your questions and hear your comments, which will also be relayed in the national and European synthesis that will receive our political decision-makers!