With the enlargement process, we now have a clear mind to seriously consider the smooth running of this enlarged Union and the way in which it can overcome the double challenge of number and diversity. This study focuses on enhanced cooperations, which constitutes the most concrete element of the “acquis communautaire” in the domain of the differenciation. 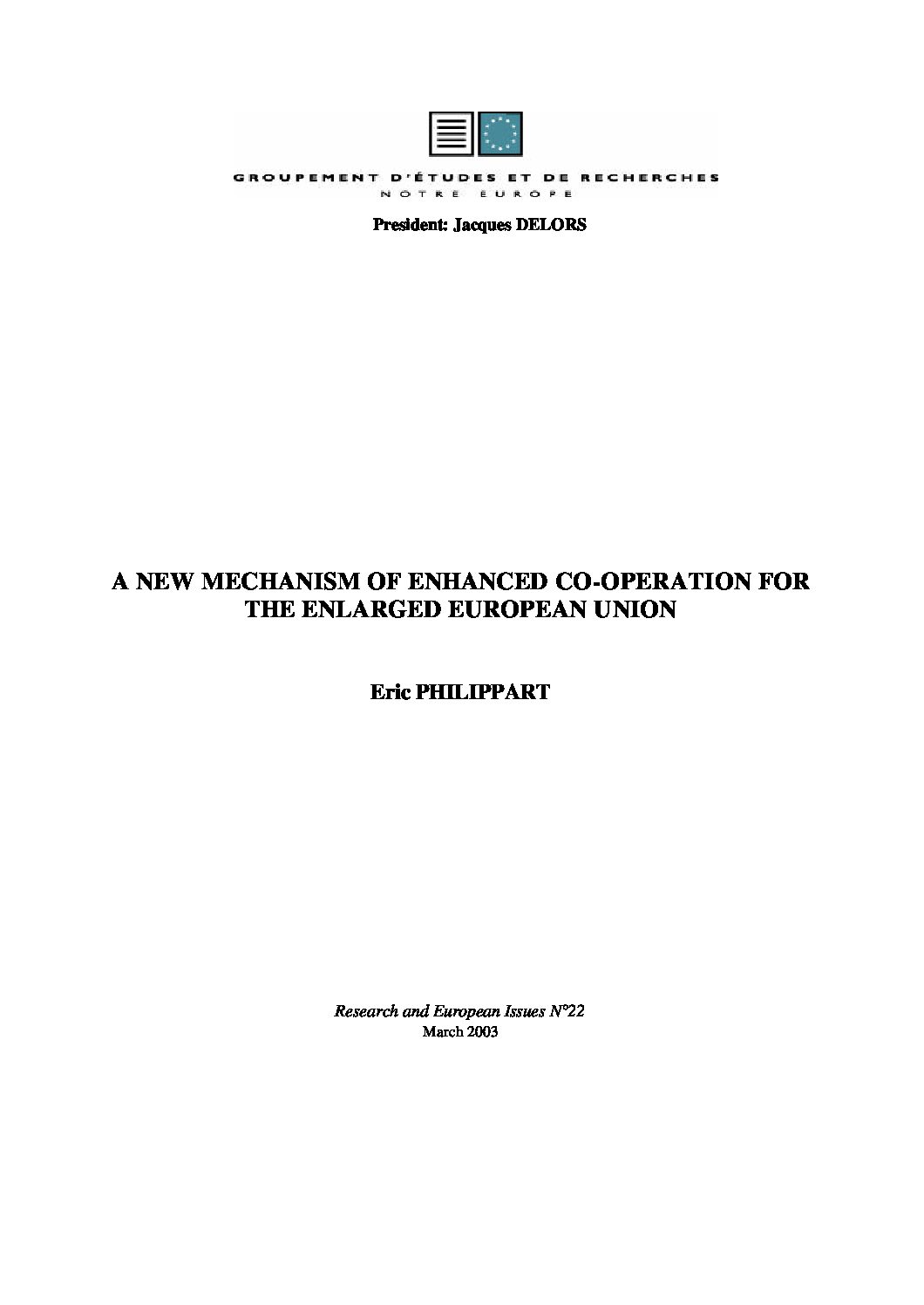 The enlargement negotiations were concluded last December and, at the time of writing, the drafting of the new Treaty project has been completed. While of course it still needs to be signed and ratified, which is reliant on the agreement of the 25 European governments and their citizens, it is not just rhetoric to say that the “Enlarged Europe” already exists, a fact which brings me great pleasure. We now have a clear mind to seriously consider the smooth running of this enlarged Union and the way in which it can overcome the double challenge of number and diversity which, like all challenges, contains its share of difficulty and potential.

Who is unaware that, on a number of important points, we do not all – yesterday at 15, tomorrow at 25 – share the same vision of the speed and the objectives of European integration? I have put a lot of energy into trying to illustrate what could be a reasonable framework for a common project for Europe with 25 member states and later with 30: installing an active area of peace, promoting the economic and social conditions for sustainable development, deepening the dialogue which allows us to enrich our spiritual and cultural diversity. If I understand correctly what is being said, it does however seem that this is a project which is too limited for some, while too ambitious for others.

How then can we deal with these differences in a way which avoids frustration: frustration for those who are rushed into going faster and further than they would wish, but also frustration for those who have to keep pace with those going slowest. How can we respect each other and live with our differences in a spirit of conciliation? It is the question of differentiation of the Union and it is not something we consider without some reticence. With the Convention currently underway, it is natural that we are more keen to focus on those things which unite us rather than on those which highlight our structural or temporary differences. However, it would be dangerous to ignore this questio n, as we would then find ourselves without dynamic rules guiding our relations.