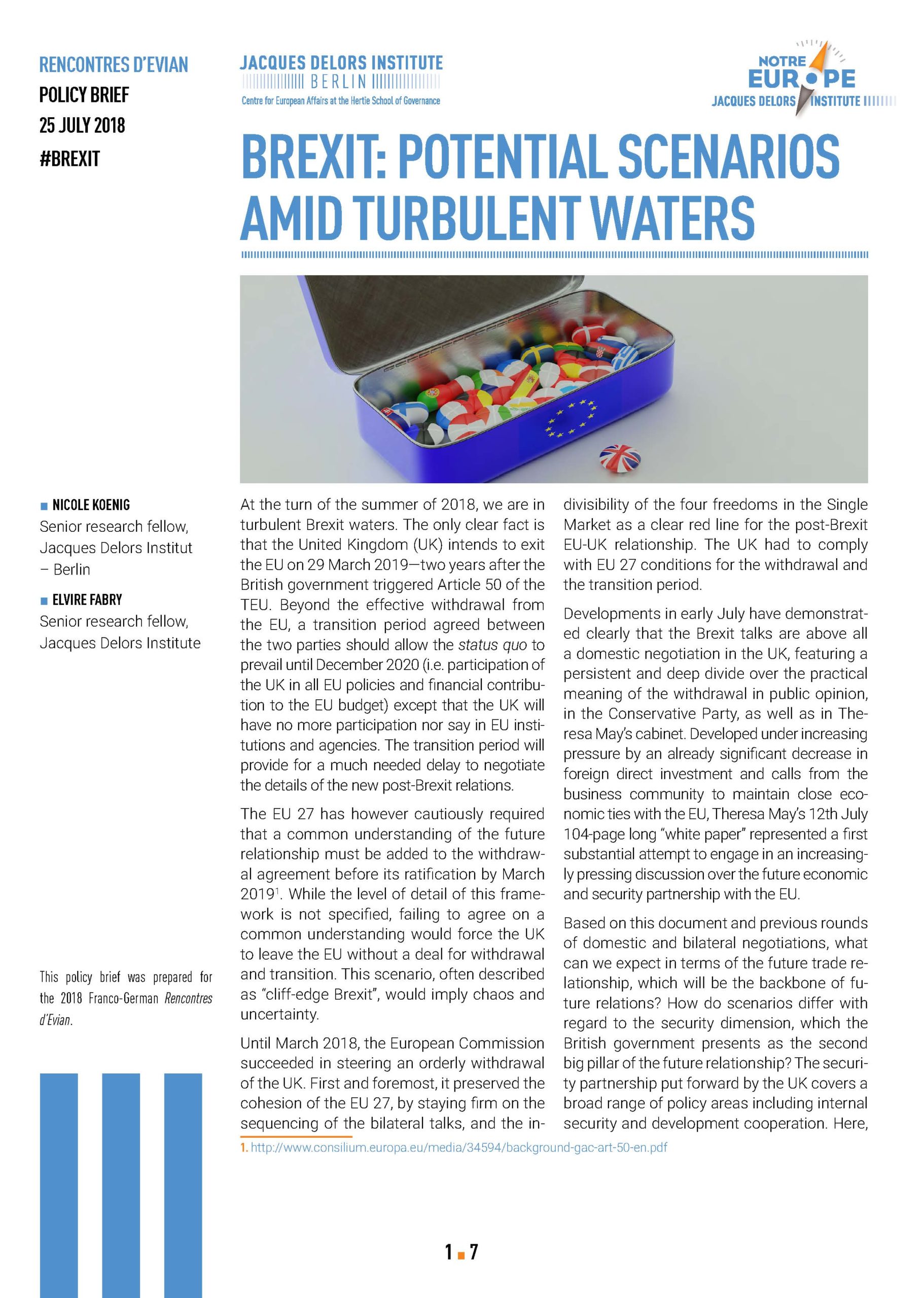 At the turn of the summer of 2018, we are in turbulent Brexit waters. The only clear fact is that the United Kingdom (UK) intends to exit the EU on 29 March 2019. Beyond the effective withdrawal from the EU, a transition period agreed between the two parties should allow the status quo to prevail until December 2020, a much needed delay to negotiate the details of the new post-Brexit relations.

Developments in early July have demonstrated clearly that the Brexit talks are above all a domestic negotiation in the UK. Developed under increasing pressure by an already significant decrease in foreign direct investment and calls from the business community to maintain close economic ties with the EU, Theresa May’s 12th July 104-page long “white paper” represented a first substantial attempt to engage in an increasingly pressing discussion over the future economic and security partnership with the EU. Based on this document and previous rounds of domestic and bilateral negotiations, what can we expect in terms of the future trade relationship, which will be the backbone of future relations? How do scenarios differ with regard to the security dimension, which the British government presents as the second big pillar of the future relationship? The security partnership put forward by the UK covers a broad range of policy areas including internal security and development cooperation. Here, we focus on the core of the EU’s Common Foreign and Security Policy, namely security and defence.

In this policy brief, Nicole Koenig and Elvire Fabry analyse the potential scenarios for trade relations and defence cooperation after the Brexit.