Cameron: taking a gamble on Europe

A few weeks before the British general election, Alain Dauvergne analyses the importance of the vote for the EU. Indeed Cameron undertook to organise a referendum by the end of 2017 to decide whether the UK should remain or not within the EU. 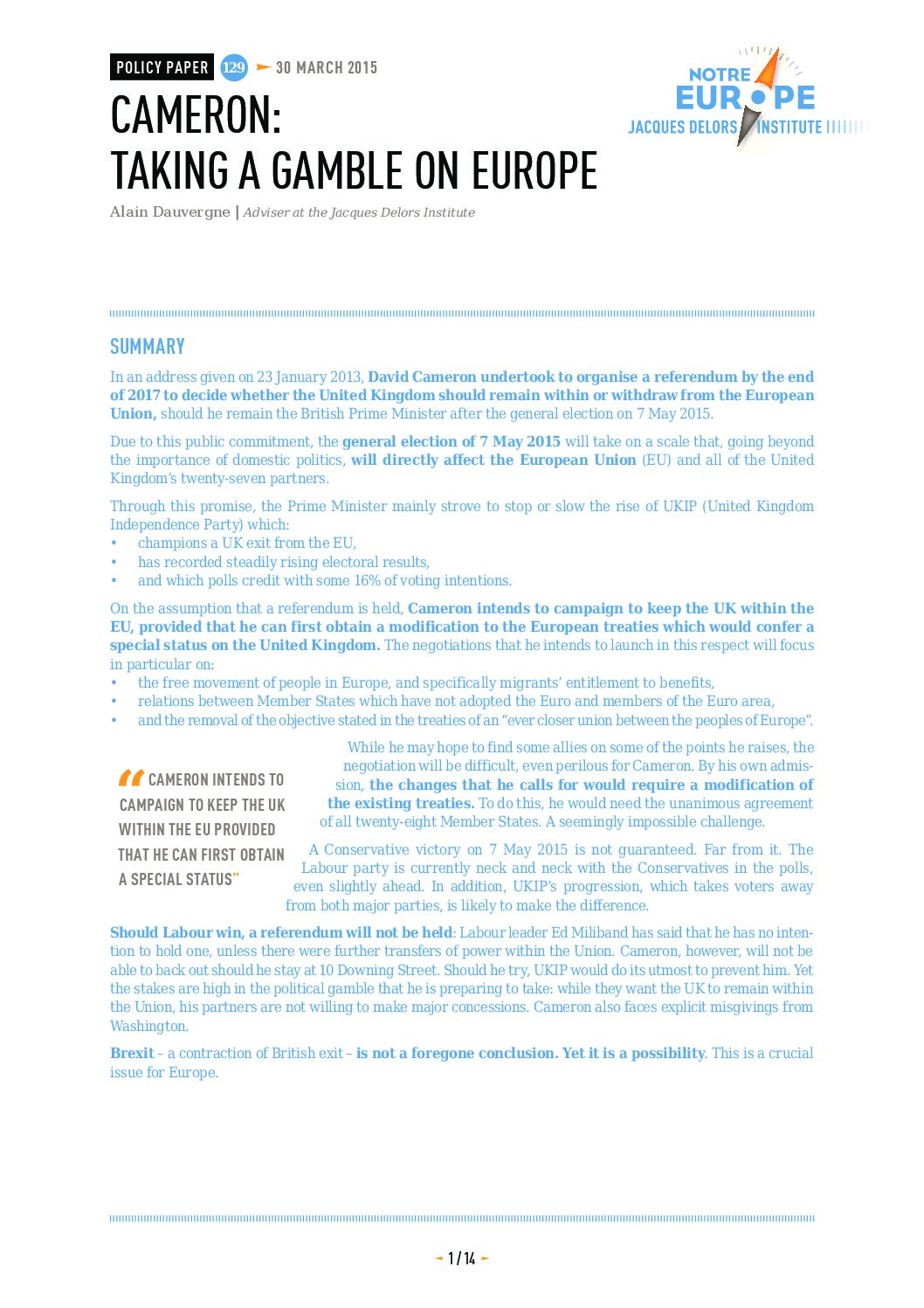 With the dissolution of the British parliament marking the official launch of the campaign for the general election, Alain Dauvergne analyses the importance of the vote for the EU.

Indeed, in an address given on 23 January 2013, David Cameron undertook to organise a referendum by the end of 2017 to decide whether the United Kingdom should remain within or withdraw from the European Union, should he remain the British Prime Minister after the general election on 7 May 2015.

Due to this public commitment, the general election of 7 May 2015 will take on a scale that, going beyond the importance of domestic politics, will directly affect the European Union (EU) and all of the United Kingdom’s twenty-seven partners.

Through this promise, the Prime Minister mainly strove to stop or slow the rise of UKIP (United Kingdom Independence Party) which:
– champions a UK exit from the EU,
– has recorded steadily rising electoral results,
– and which polls credit with some 16% of voting intentions.

On the assumption that a referendum is held, Cameron intends to campaign to keep the UK within the EU, provided that he can first obtain a modification to the European treaties which would confer a special status on the United Kingdom. The negotiations that he intends to launch in this respect will focus in particular on:
– the free movement of people in Europe, and specifically migrants’ entitlement to benefits,
– relations between Member States which have not adopted the Euro and members of the Euro area,
– and the removal of the objective stated in the treaties of an “ever closer union between the peoples of Europe”.

While he may hope to find some allies on some of the points he raises, the negotiation will be difficult, even perilous for Cameron. By his own admission, the changes that he calls for would require a modification of the existing treaties. To do this, he would need the unanimous agreement of all twenty-eight Member States. A seemingly impossible challenge.

A Conservative victory on 7 May 2015 is not guaranteed. Far from it. The Labour party is currently neck and neck with the Conservatives in the polls, even slightly ahead. In addition, UKIP’s progression, which takes voters away from both major parties, is likely to make the difference.

Should Labour win, a referendum will not be held: Labour leader Ed Miliband has said that he has no intention to hold one, unless there were further transfers of power within the Union. Cameron, however, will not be able to back out should he stay at 10 Downing Street. Should he try, UKIP would do its utmost to prevent him. Yet the stakes are high in the political gamble that he is preparing to take: while they want the UK to remain within the Union, his partners are not willing to make major concessions. Cameron also faces explicit misgivings from Washington.

Brexit – a contraction of British exit – is not a foregone conclusion. Yet it is a possibility. This is a crucial issue for Europe. 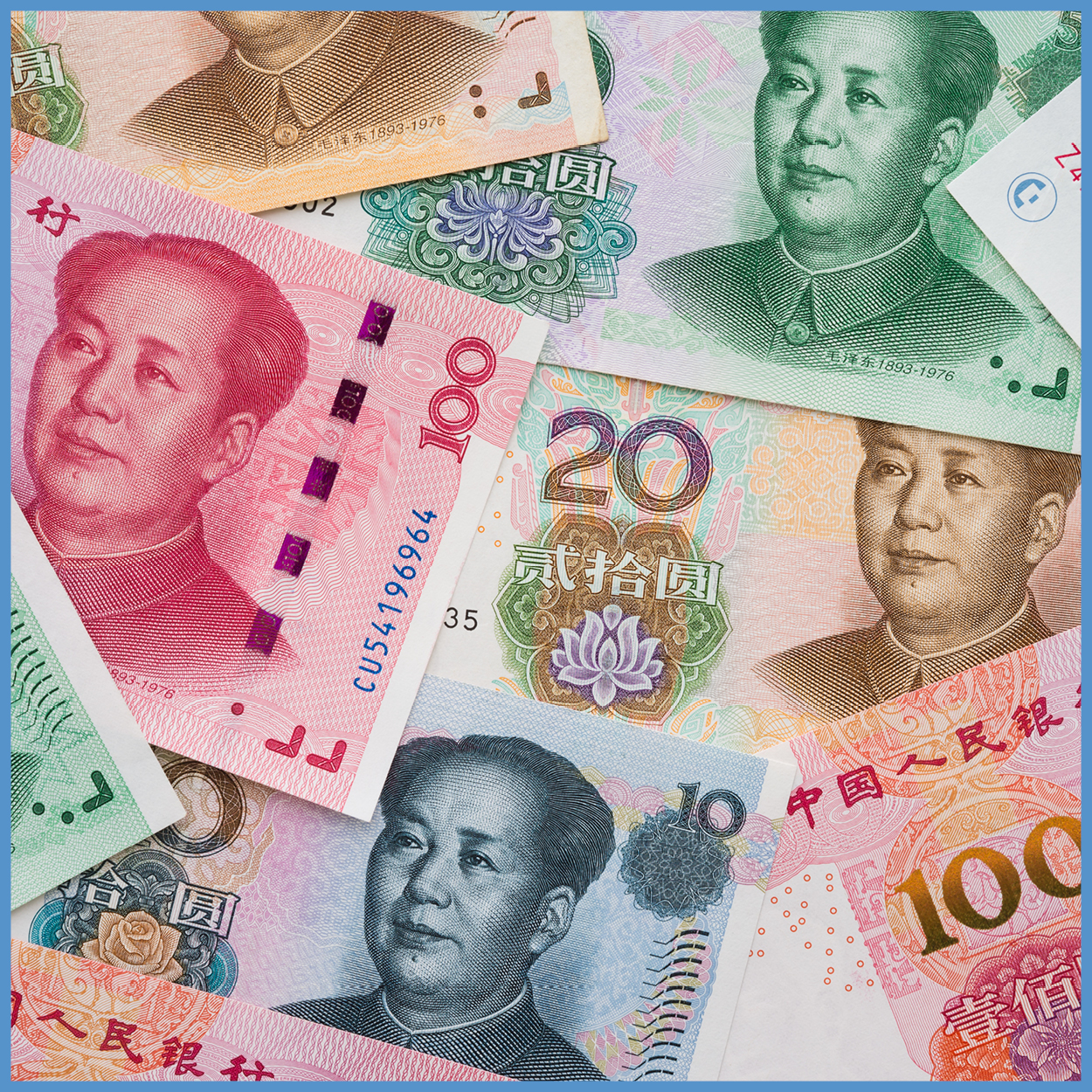