Controlled centers and regional disembarkation platforms: towards a breakthrough in solidarity between Member States?

Until then, the European debates on solidarity between member states in the distribution of migrants had focused on persons already admitted to the territory of a member state. On the occasion of the Aquarius and Lifeline cases in particular, Italy and Malta have closed or threatened to close their ports on the landing of migrants rescued at sea, regardless of the health and safety situation on board. 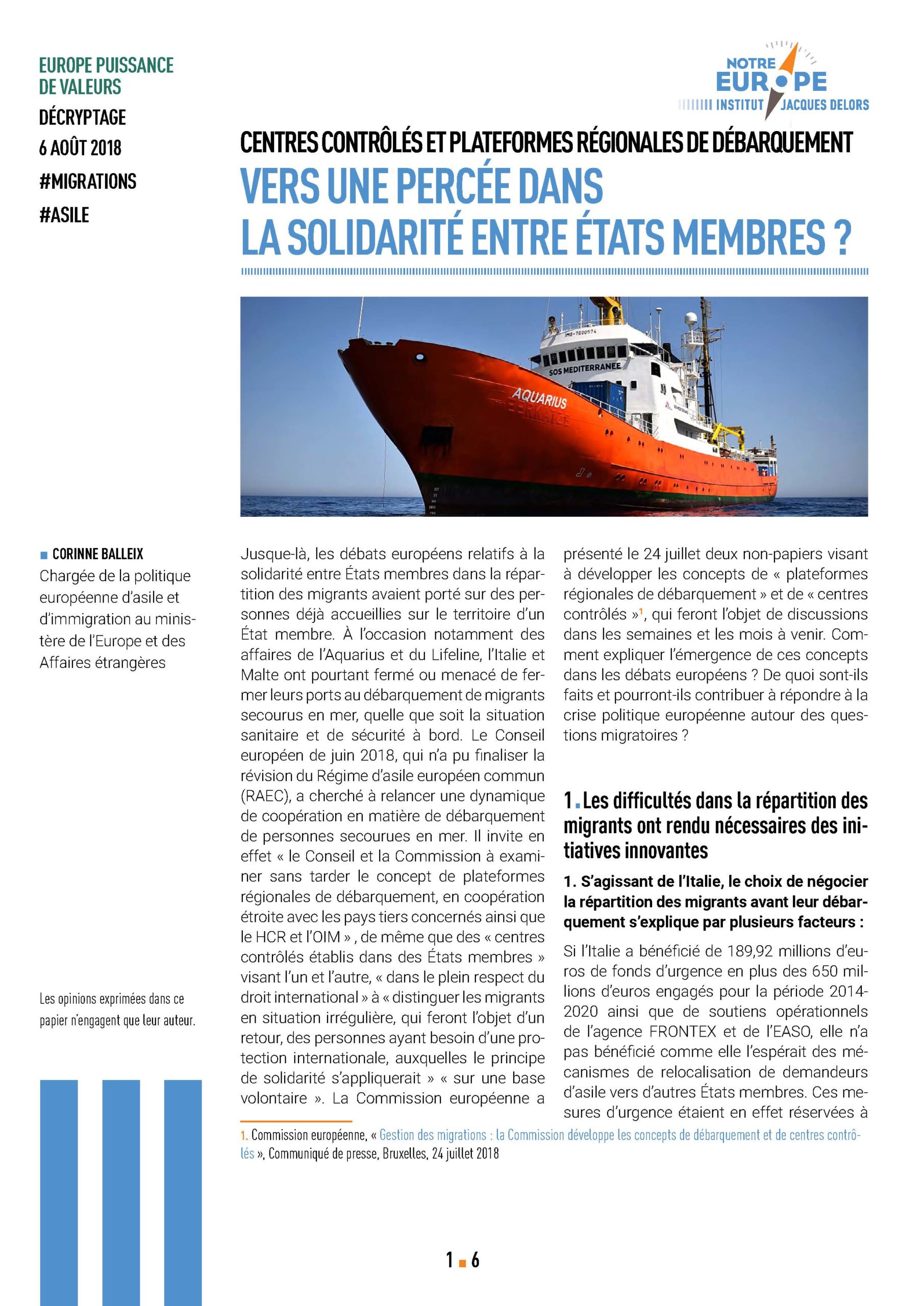 The June 2018 European Council, which was unable to finalize the revision of the Common European Asylum System (CEAS), sought to revive a dynamic of cooperation in the landing of people rescued at sea. Council and the Commission to consider without delay the concept of regional landing platforms, in close cooperation with the relevant third countries, as well as UNHCR and IOM “, as well as” controlled centers established in Member States “aimed at both “in full respect of international law” to “distinguish between irregular migrants, who will be returned, persons in need of international protection, to whom the principle of solidarity “apply” “on a voluntary basis”. The European Commission presented on July 24 two non-papers aimed at developing the concepts of “regional disembarkation platforms” and “controlled centers“, which will be discussed in the weeks and months to come.

In this policy brief, Corinne Balleix, in charge of the European asylum and immigration policy at the Ministry of Europe and Foreign Affairs, explains the emergence of these concepts in European debates: what are they made of and will be able to they help to respond to the European political crisis around migration issues?