Bertrand de Largentaye presents in video his policy paper that comes back on the challenges and perspectives of the transatlantic agrrement under discussion between the European Union and the United States of America. 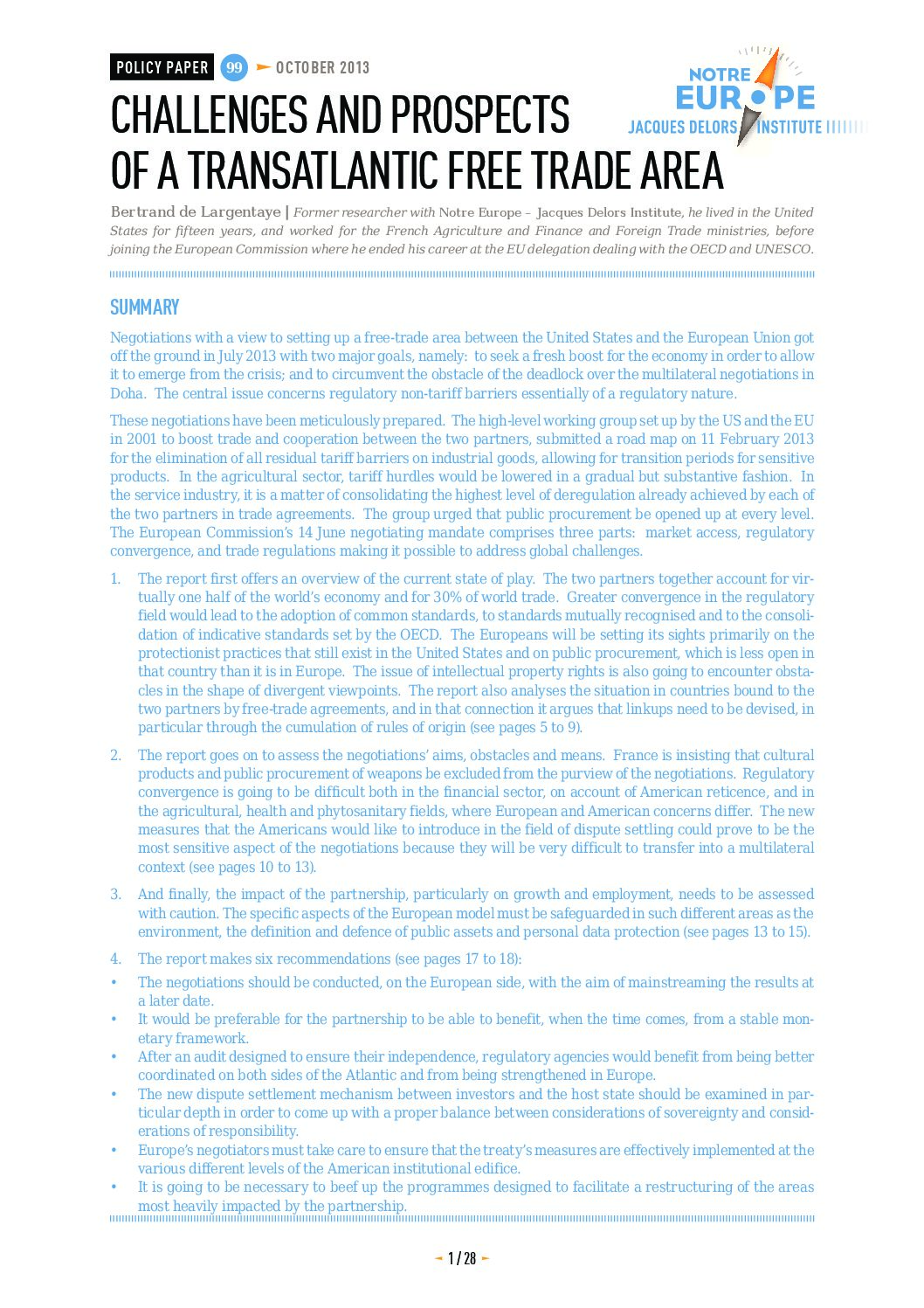 This Policy paper by Bertrand de Largentaye analyses the challenges and perspectives of the transatlantic agreement under discussion between the European Union and the United States of America.