Comments on the CEPS policy brief “A new Budget for the European Union?”

Contribution of Jorge Nuñez Ferrer to the on-line debate organised by Notre Europe on the CEPS policy brief “A new budget for the European Union?” by Alfonso Iozzo, Stefano Micossi and Maria Teresa Salvemini.. 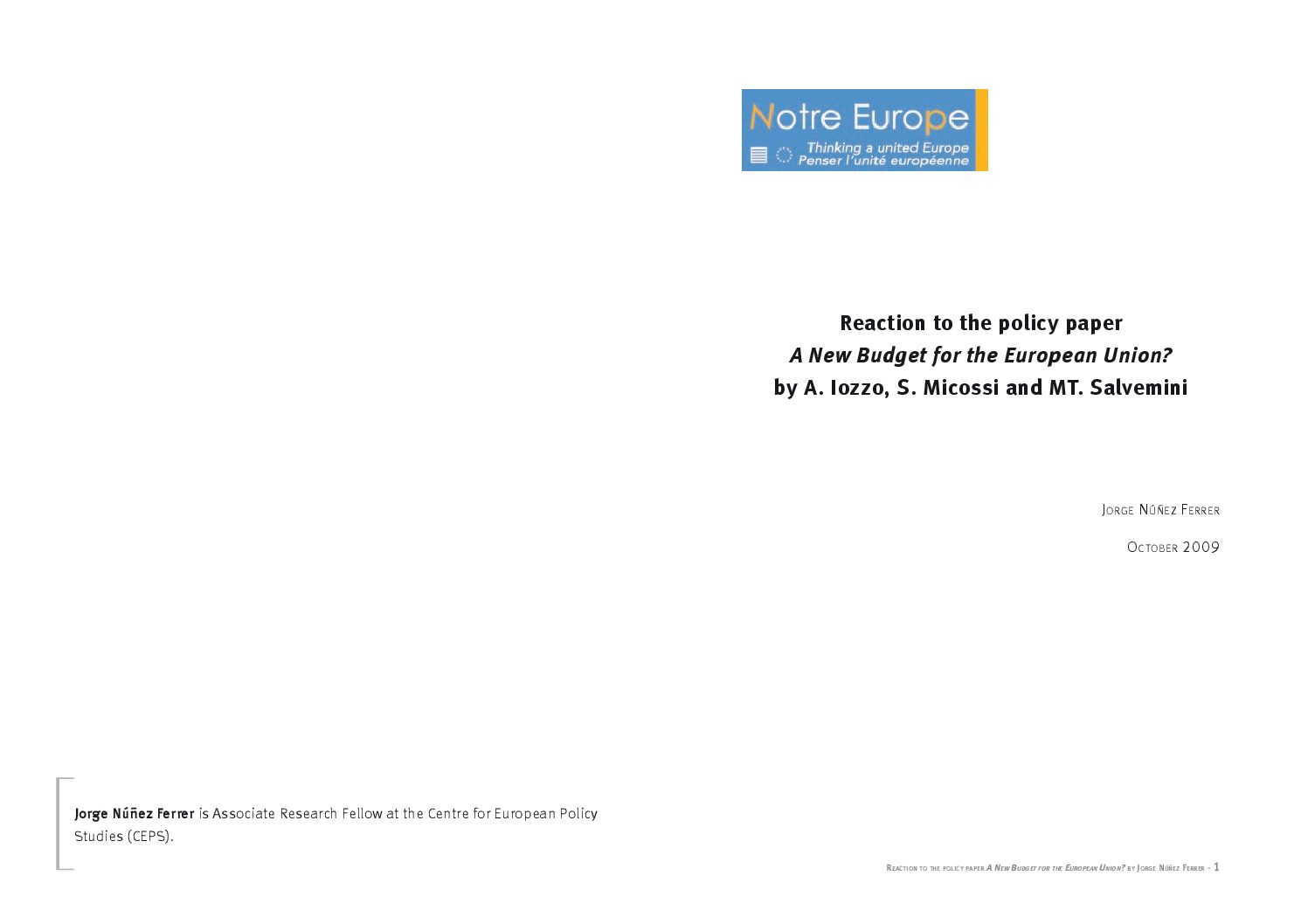 Contribution of Jorge Nuñez Ferrer to the on-line debate organised by Notre Europe on the CEPS policy brief “A new budget for the European Union?” by Alfonso Iozzo, Stefano Micossi and Maria Teresa Salvemini..

The paper by Iozzo and Micossi and Salvemini is very interesting, and for such a limited amount of pages, one of the clearest papers I have read. It puts together the best ideas of a number of existing works (Sapir, 2003, Heinemann et al. 2008; De La Fuente, 2008), and then makes them more relevant and better targeted to the realities of the EU budget. It is based, nevertheless, on a very questionable redistributive and allocative “European public goods” budget items separation. This separation looks well argued, but partially collapses if one looks more closely at the actual use of the funds, in particular those of the Cohesion Policy. The use of more “real own resources” (taxes) to finance the European Public Goods is welcome, but the really important recommendation is the call for the creation of bonds for Common Project Financing. The use of financial instruments can greatly enhance the flexibility, effectiveness and the financial side of the budget without a large change in the actual funding of the budget. The decision-making procedures on the EU budget are also a key element, and central to ensuring that the budget focuses better on the EU political objectives. This is central if one is to succeed in changing the dynamics of decision-making and improving the policy quality rather than just the net-balance status. However, the financing mechanism proposed for the “redistributive” policies of the EU is detrimental and not an improvement from the present system. This response argues that it is unwise, even erroneous, to separate the budget in a “public goods” or “redistributive” group as presented (…)