Comments to the CEPS policy brief “A new Budget for the European Union?”

Contribution of Fabian Zuleeg to the on-ling debate organised by Notre Europe on the CEPS policy brief “A new budget for the European Union?” by Alfonso Iozzo, Stefano Micossi and Maria Teresa Salvemi 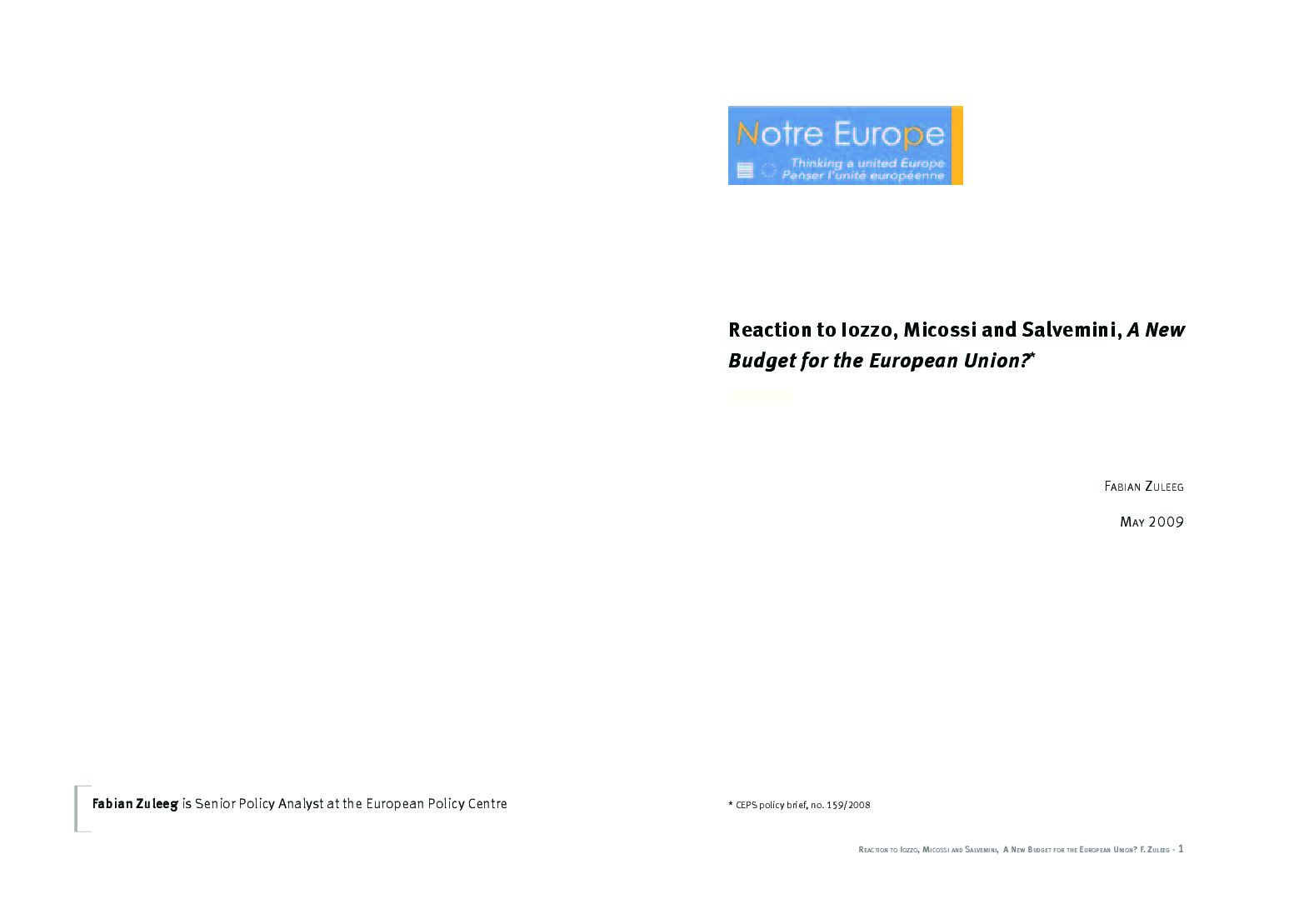 Contribution of Fabian Zuleeg to the on-ling debate organised
by Notre Europe on the CEPS
policy brief “A new budget for the European Union?” by Alfonso Iozzo,
Stefano Micossi and Maria Teresa Salvemi

The analysis of the issues highlights many salient issues, for example the increasing divergence between the budget and the policy priorities of the European Union or the need to move away from net balance discussions. It also rightly identifies that there is a need to address the governance issue, which includes the formal rules for adopting the budget as well as the informal processes currently in place, as these are inadequate for producing an efficient budget outcome. Maybe this could have

been explored in greater depth as without a reformed decision-making mechanism, there is (and will be even if Lisbon comes into force) an inherent status quo bias which will stop fundamental reform of the EU budget…