Comments to the paper published by CEPS “A New Budget for the European Union?”

Contribution of Jacques Le Cacheux to the on-ling debate organised by Notre Europe on the CEPS policy brief “A new budget for the European Union?” by Alfonso Iozzo, Stefano Micossi and Maria Teresa Salvemini.. 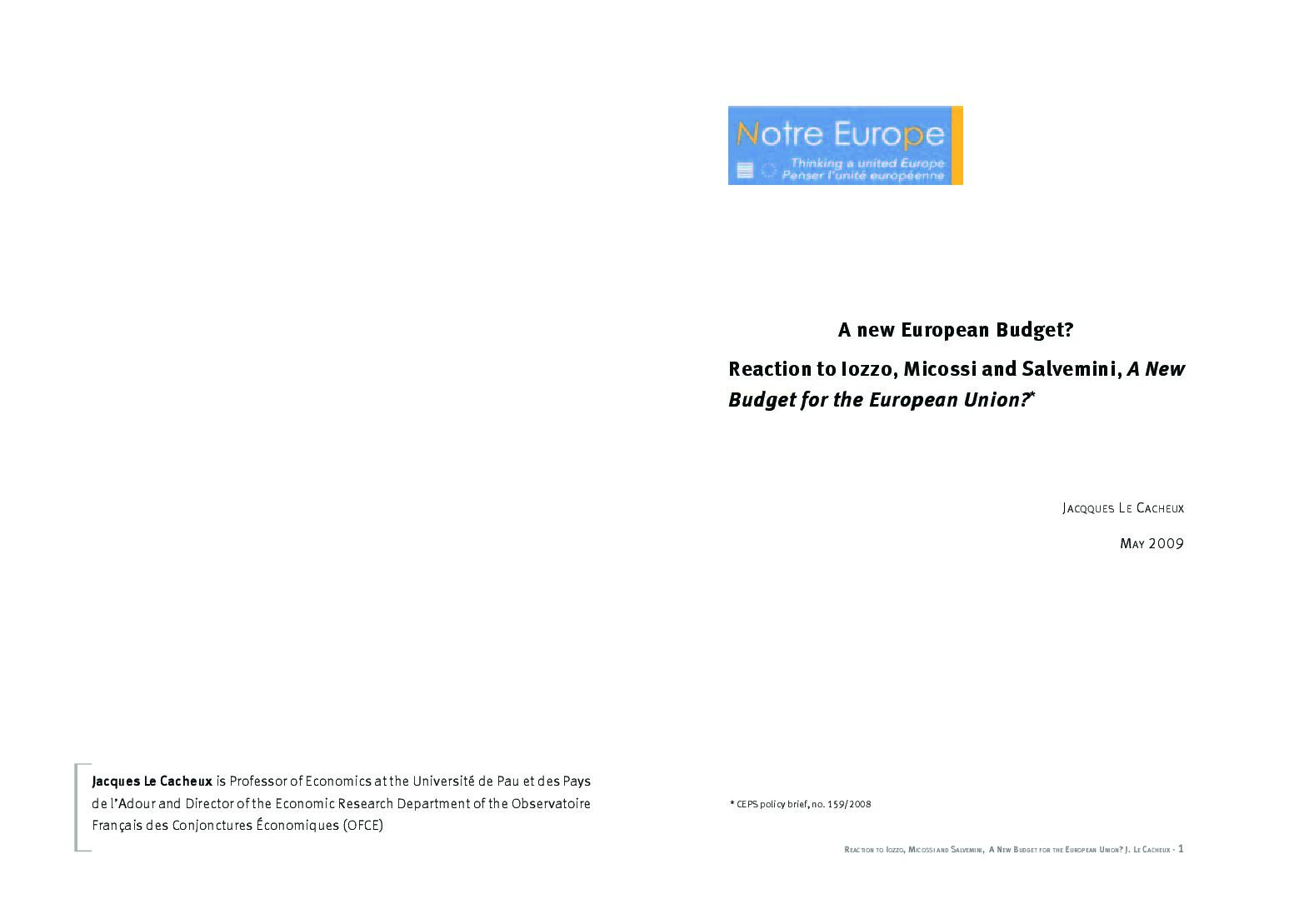 Contribution of Jacques Le Cacheux to the on-ling debate organised by Notre Europe on the CEPS policy brief “A new budget for the European Union?” by Alfonso Iozzo, Stefano Micossi and Maria Teresa Salvemini..

In their response to the Commission consultation on the budget review, summarized in the above mentioned CEPS Policy Brief, Alfonso Iozzo, Stefano Micossi and Maria Teresa Salvemini offer a diagnosis of the current weaknesses of the EU budget and propose a reform that they argue should improve the situation.

Their diagnosis is in most respects close to the one formulated by other analysts of the EU budget (e.g., Sapir et al., 2003; Begg, 2004; Le Cacheux, 2005; Begg, Enderlein, Le Cacheux and Mrak, 2008), as well as by the Council, in the conclusions of its December 2005 meeting, by the EU Parliament in its 2006 call for a reform, and indeed by the Commission itself. It emphasizes the lack of congruence between the stated objectives of the EU and the current structure of the budget, as well as the apparent incapacity of EU authorities to agree on a better budget under the current decision-making and funding institutional setting. The paper also contains a critique of the net budgetary balance notion and of the importance it has taken in negotiations over the EU budget, which is, in many ways, close to the one developed elsewhere, with very similar implications derived in terms of general directions for reform of the financing side of the budget (Le Cacheux, 2005). The authors also take for granted, as most other commentators, that the current size of the EU budget -around 1% of the EU GNI, i.e. a little less than 130 bn euros in 2007″”will not be changed, an issue on which we will return later on (…)