Completing the Economic and Monetary Union

Notre Europe – Jacques Delors Institute publishes the synthesis of the round table entitled “Completing the Economic and Monetary Union” organised during the annual meeting of its European Steering Committee on 30 November 2013. 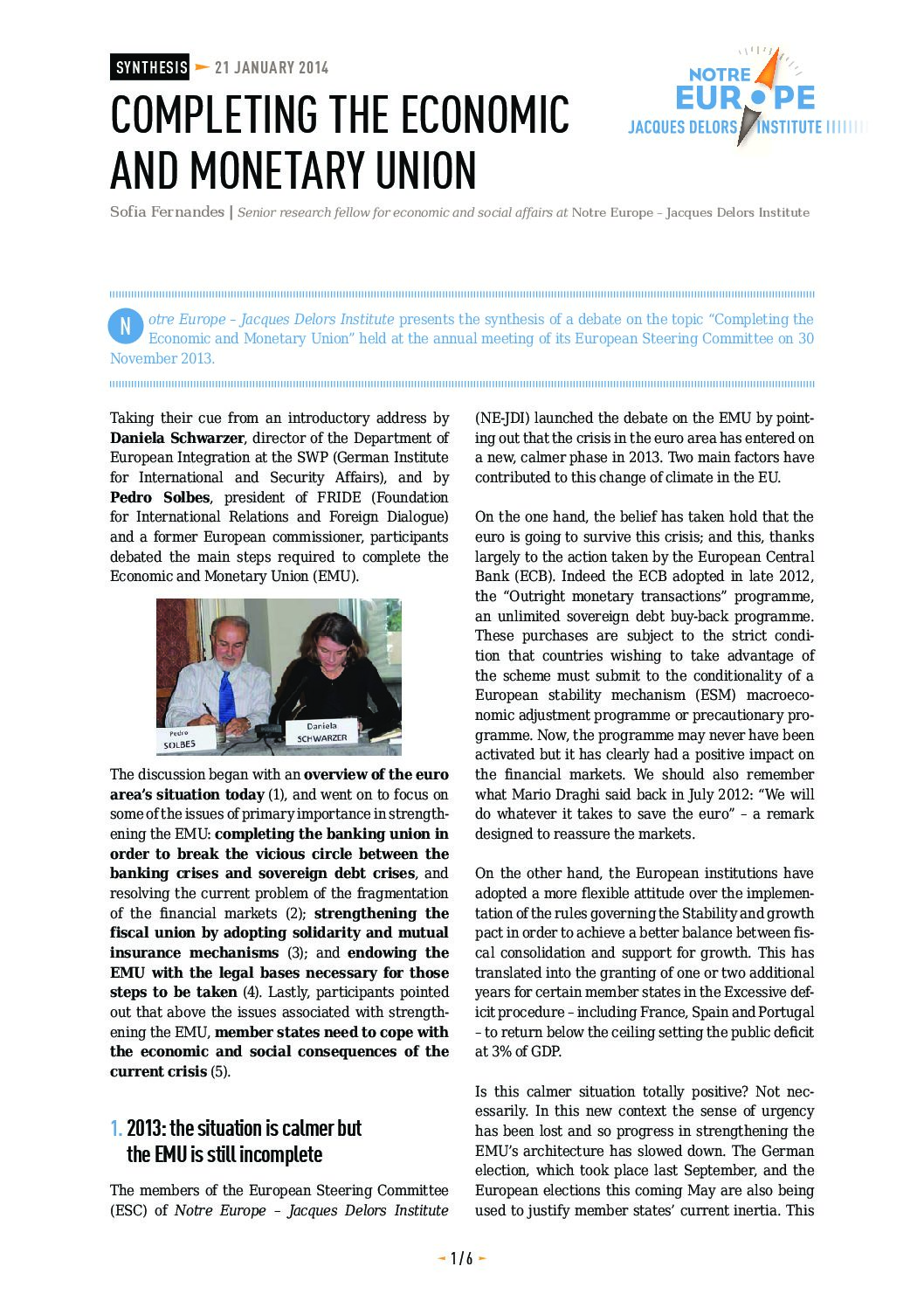 Notre Europe – Jacques Delors Institute publishes the synthesis of the round table entitled “Completing the Economic and Monetary Union” organised during the annual meeting of its European Steering Committee on 30 November 2013.

Taking their cue from an introductory address by Daniela Schwarzer, director of the Department of European Integration at the SWP (German Institute for International and Security Affairs), and by Pedro Solbes, president of FRIDE (Foundation for International Relations and Foreign Dialogue)  and a former European commissioner, participants debated the main steps required to complete the Economic and Monetary Union (EMU).

The discussion began with an overview of the euro area’s situation today (1), and went on to focus on some of the issues of primary importance in strengthening the EMU:

– completing the banking union in order to break the vicious circle between the banking crises and sovereign debt crises, and resolving the current problem of the fragmentation of the financial markets (2);

– and endowing the EMU with the legal bases necessary for those steps to be taken (4).

Lastly, participants pointed out that above the issues associated with strengthening the EMU, member states need to cope with the economic and social consequences of the current crisis (5).