This synthesis by Elvire Fabry and Jordan Rowell summerises the key issues discussed during the “Ateliers de la Citadelle”, devoted to the topic of European defence, which took place on 9 October 2014 in Lille. 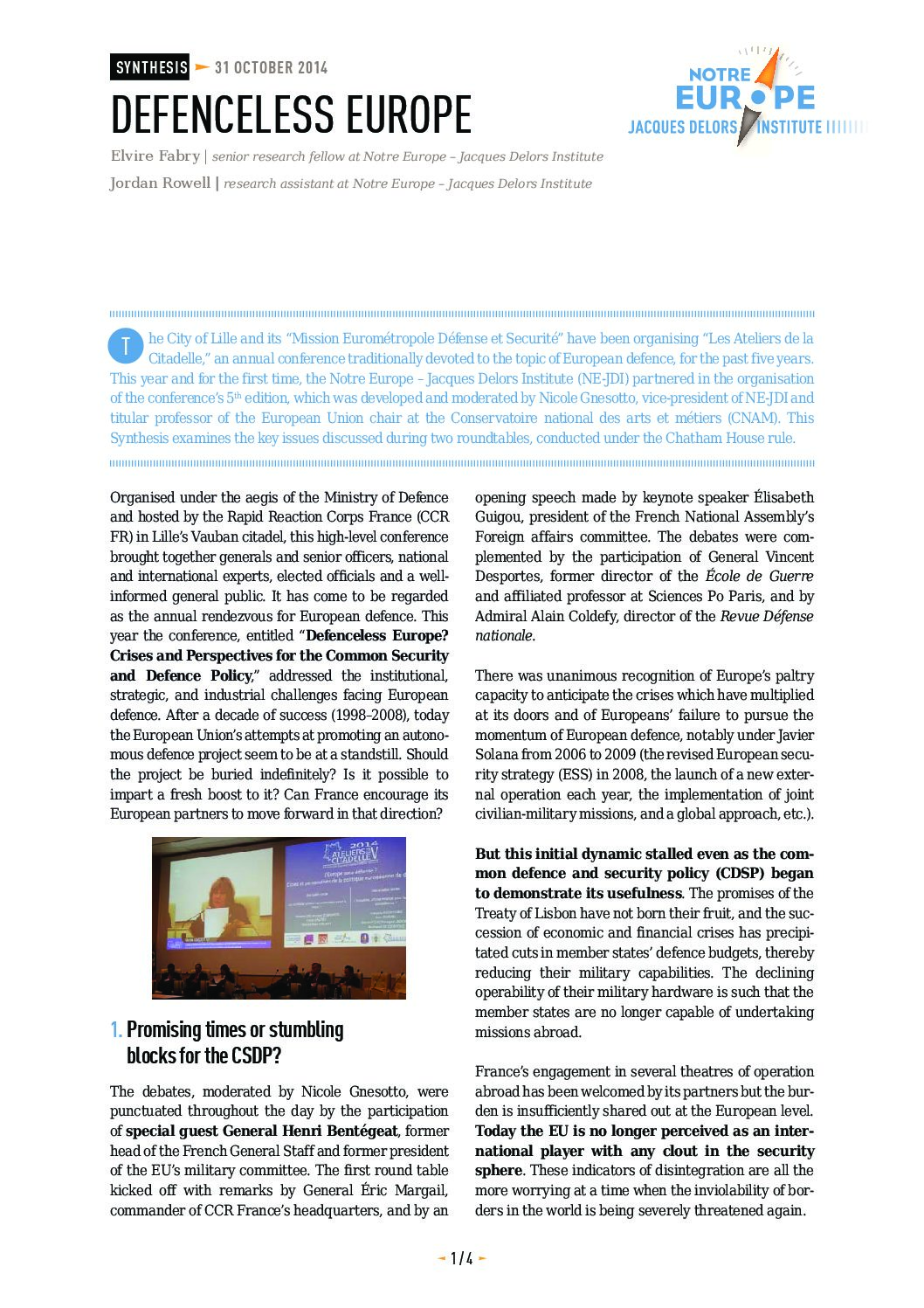 This synthesis by Elvire Fabry and Jordan Rowell summerises the key issues discussed during the 5th edition of the “Ateliers de la Citadelle”, entitled “Europe without defence? Crises and Perspectives for the Common Security and Defence Policy”, organised by the City of Lille and the Mission Lille Eurométropole défense et sécurité (LEDS) in partnership for the first time with Notre Europe – Jacques Delors Institute and Toute l’Europe, on 9 October 2014, in the Headquarters of the Rapid Reaction Corps of France Lille.

The debates have focused on two main axes:

2. The defence industry: ultimate revival for the European defence?

The discussions chaired by Nicole Gnesotto, vice-president of Notre Europe – Jacques Delors Institute and chairholder of the European Union Chair at the Conservatoire national des arts et métiers (CNAM) have benefited from the intervention of:

– the Grand témoin, the General Henri Bentégeat, former chief of defence staff and president of the European Union military committee,

– the keynote speech, Élisabeth Guigou, president of the Foreign affairs committee at the French National Assembly,