Over the past years, the crisis has badly damaged EU’s social face. This Policy paper by Sofia Fernandes presents three key issues for post-crisis social Europe which should allow the EU to improve citizens’ future prospects. 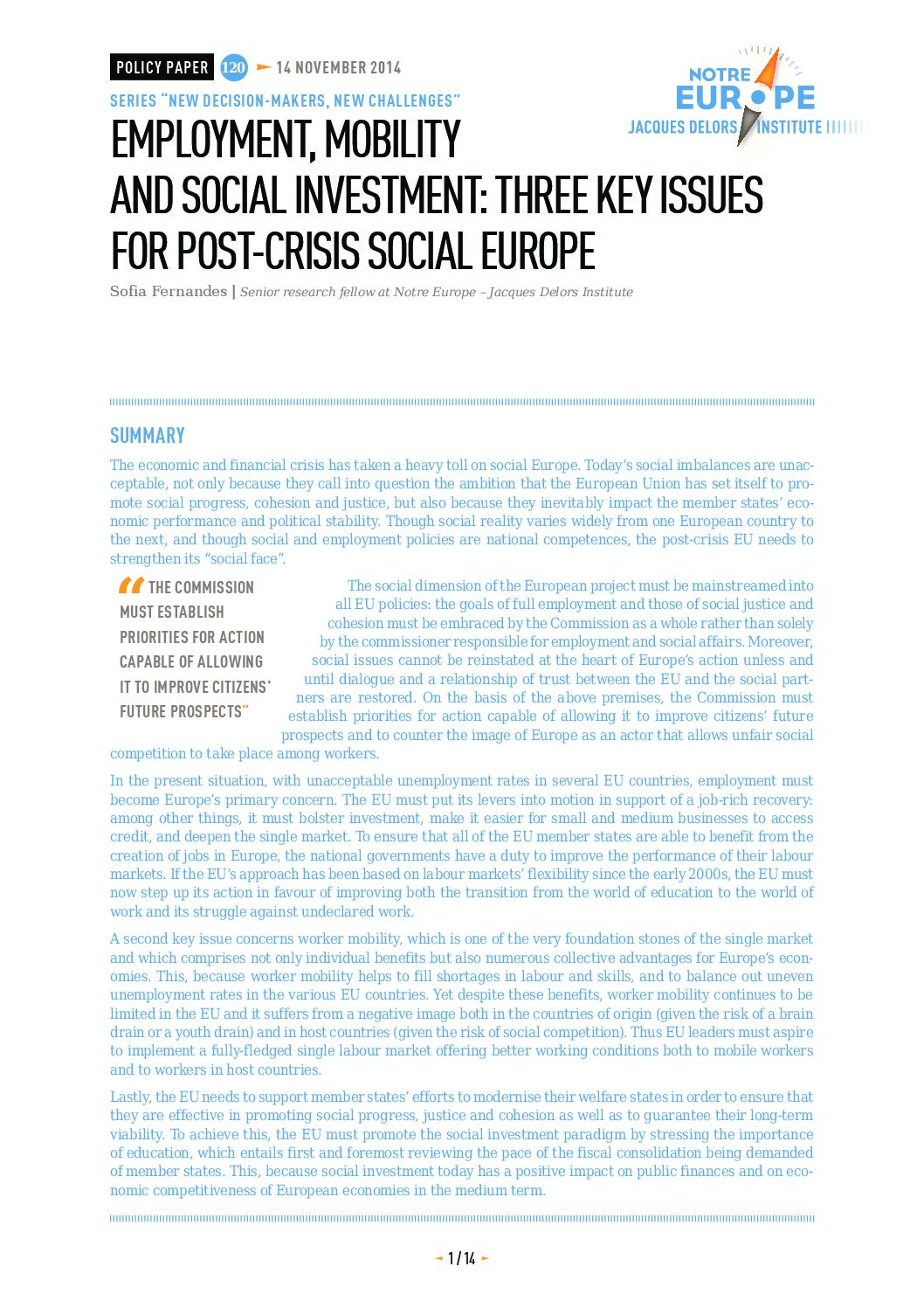 The economic and financial crisis has taken a heavy toll on social Europe. Today’s social imbalances are unacceptable, not only because they call into question the ambition that the EU has set itself to promote social progress, cohesion and justice, but also because they inevitably impact the member states’ economic performance and political stability. Though social reality varies widely from one European country to the next, and though social and employment policies are national competences, the post-crisis EU needs to strengthen its “social face”.

The social dimension of the European project must be mainstreamed into all EU policies: the goals of full employment and those of social justice and cohesion must be embraced by the Commission as a whole rather than solely by the commissioner responsible for employment and social affairs. Moreover, social issues cannot be reinstated at the heart of Europe’s action unless and until dialogue and a relationship of trust between the EU and the social partners are restored.

On the basis of the above premises, the Commission must establish priorities for action capable of allowing it to improve citizens’ future prospects (which includes defending the European “way of life” based on national welfare states, to which Europe’s citizens fell immensely attached) and to counter the image of Europe as an actor that allows unfair social competition to take place among workers. Without intending to exclude other issues from EU’s social agenda, we have identified three key issues for post-crisis social Europe: employment (part 1), mobility (part 2) and social investment (part 3).