Enlargement of Another Kind

Study on the specific features of the candidate countries of central and eastern Europe. Also available in German. 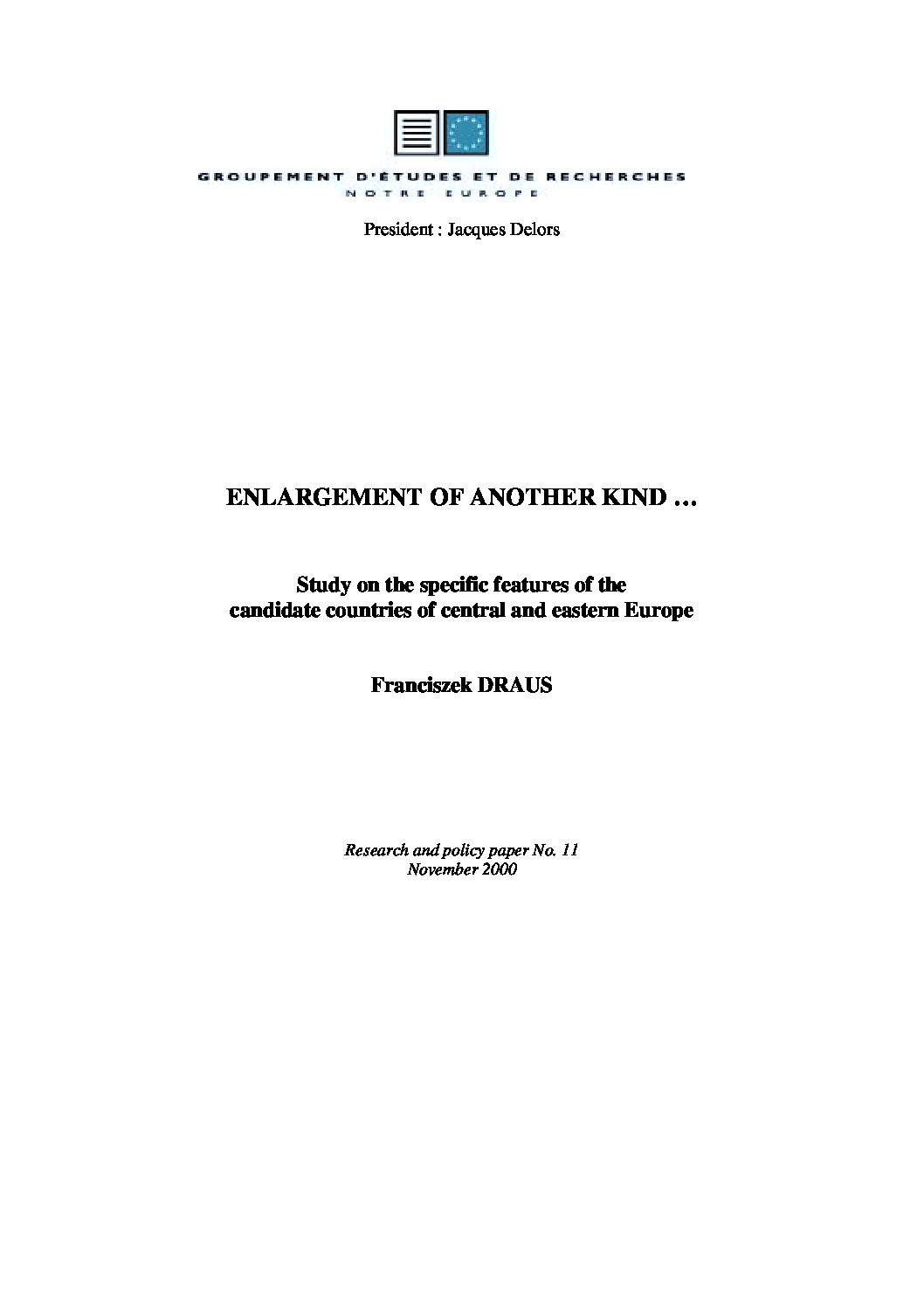 I am, more often than I would like, surprised that there is so little discussion about the forthcoming enlargement in the European public debate. Or rather, that this promising topic should so rapidly boil down to the question of the institutions in an enlarged Union, which is not quite the same issue. For it is becoming increasingly clear that this enlargement is very different from the previous ones, and is raising problems of an unprecedented nature and magnitude in the Union’s short history. Letting this realisation sink in without further comment would be dangerous, for it could encourage the wildest fears and fantasies, ultimately leading to what I have on occasion referred to as “schizophrenia”: the contrast between an urgent political necessity, regularly highlighted but not acted upon, and a purely technical negotiation mandate left to the Commission and resulting in a discouraging inventory of the difficulties to be addressed. Franciszek Draus has kindly accepted Notre Europe’s invitation to try and explain this grey area of enlargement and identify the specific social, economic, institutional and political features of the central and eastern European candidates. His study demonstrates that beyond the figures – which apply to very different situations and are therefore frequently misleading – the real challenge of the enlargement to eastern Europe is how to integrate societies (rather than just economies) that are in the midst of transition and reconstruction into a homogeneous entity. The findings are disturbing but meet the objective set. No doubt, given its emphasis on the fact that new problems are involved, this report might be accused of wishing to make things even more difficult. I nevertheless believe that it is useful and necessary to tackle the issues head on. All those who, like me, are campaigning for rapid enlargement in the political sphere know that it is easier to move forward once the real issues have been identified with the firm aim of resolving them. In a democratic Europe, to plead for a rapid enlargement is to accept public debate on all of its consequences, whether positive or negative. It also means acknowledging differences which will not necessarily disappear with time and are best regarded as sources of enrichment for the European integration process. The proposals with which the author concludes his report bring us back to the fundamental question which I had myself endeavoured to raise: how can we find a practical way of reconciling the urgent political necessity of enlargement with the indispensable period of time required to resolve the substantial convergence difficulties we know lie ahead? We must lose no time in investigating the new political solutions required to resolve this dilemma. Jacques Delors