Enlargement of the European Union: Towards a large area of solidarity and cooperation 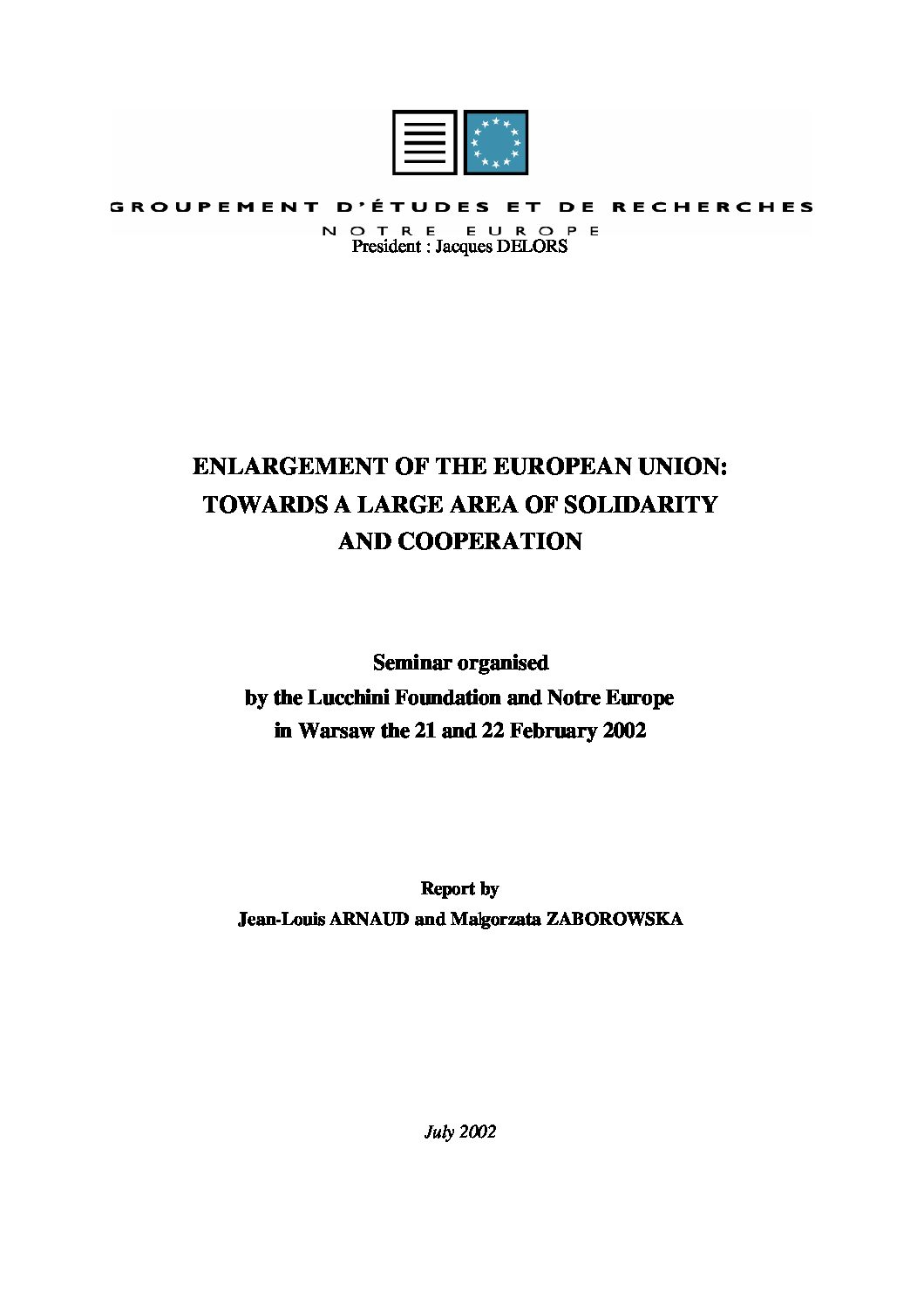 As the 2004 deadline draws nearer, I am increasingly convinced that successful enlargement eastwards will be the European Union’s greatest and most exhilarating project over the next 15 years. However, a lack of enthusiasm characterises public opinion today. The citizens of the Fifteen often worry that, in embracing new Member States, the enlarged Europe will be reduced to no more than a free trade area. Similar concerns can be detected in the countries of Central and Eastern Europe. Though the goal is close, a certain fatigue is beginning to show, particularly among the young.

We need to take these fears seriously and come up with coherent responses. We need to perform an objective diagnosis of the obstacles and opportunities which the Union of 25 or 27 will encounter over the next ten years. It was with this aim in mind that Notre Europe and the Lucchini Foundation organised this seminar with the Polish authorities. I am pleased that this meeting reached its objective and allowed us to clearly identify the problems which exist but also the positive points from which we will be able to sketch out solutions. However, we have to take into account Bronislaw Geremek’s impatience. I am ready to answer him as I think this impatience is totally justified. Yes, we need to act without delay to prepare for the post-enlargement if we want to make the enlarged Europe an area of solidarity and cooperation.

We have not only to reform the institutions the Convention is working on, or to define new budgetary perspectives – although financial matters are important and inadequate grants risk fuelling long-lasting resentment and leaving problems unresolved for years to come. We have also to mobilise our forces in three areas, which in my opinion are crucial conditions for successful enlargement. Firstly, the candidates need to decide without delay what role they wish to play, individually and collectively, in the EU of 27. They have to answer the question: “What economic and social development do we want to promote for our country, our regions and our cities?” This capacity to project into the future is the starting point for mobilising the population, economic players and politicians. It is a precondition without which the Structural Funds and other EU funds will serve no purpose and which will, furthermore, risk ensnaring the new members in an enduring cycle of dependency.

Secondly, the EU needs to reinforce its message and practice in terms of cooperation: this dimension of building Europe is little-known and poorly understood. Europe does not need to be involved in everything, but it does need to encourage all the players, at every level, to work together to move forward. I believe that the analysis of 1986, which concluded that the cohesion policy was a necessary condition for the proper functioning of the internal market, remains entirely valid. If it needs to be updated and expanded, then we should be mindful that its success depends not only on the transfer of funds but also on working methods. Solidarity therefore needs to go hand in hand with cooperation.

Thirdly, we need to find a way to combine the exploitation of diversity with the control of nationalist and populist tendencies. It is important that we safeguard the Community acquis as a product of a practice which has transcended egoism and a misplaced pride which can sometimes be arrogant or obtuse. We need to guard against the temptation, under the pretext of preserving national identities and finances, to step back from the achievements of the Community practice. Renationalising common policies would without question be a move backwards for Europe’s political maturity and economic competitiveness.

I am convinced that, by following action in these areas and identifying problems in advance, we will be working productively to ensure that the Union of tomorrow continues to be a large area bringing together competition, cooperation and solidarity, and an example of how interdependency can be managed and globalisation mastered. 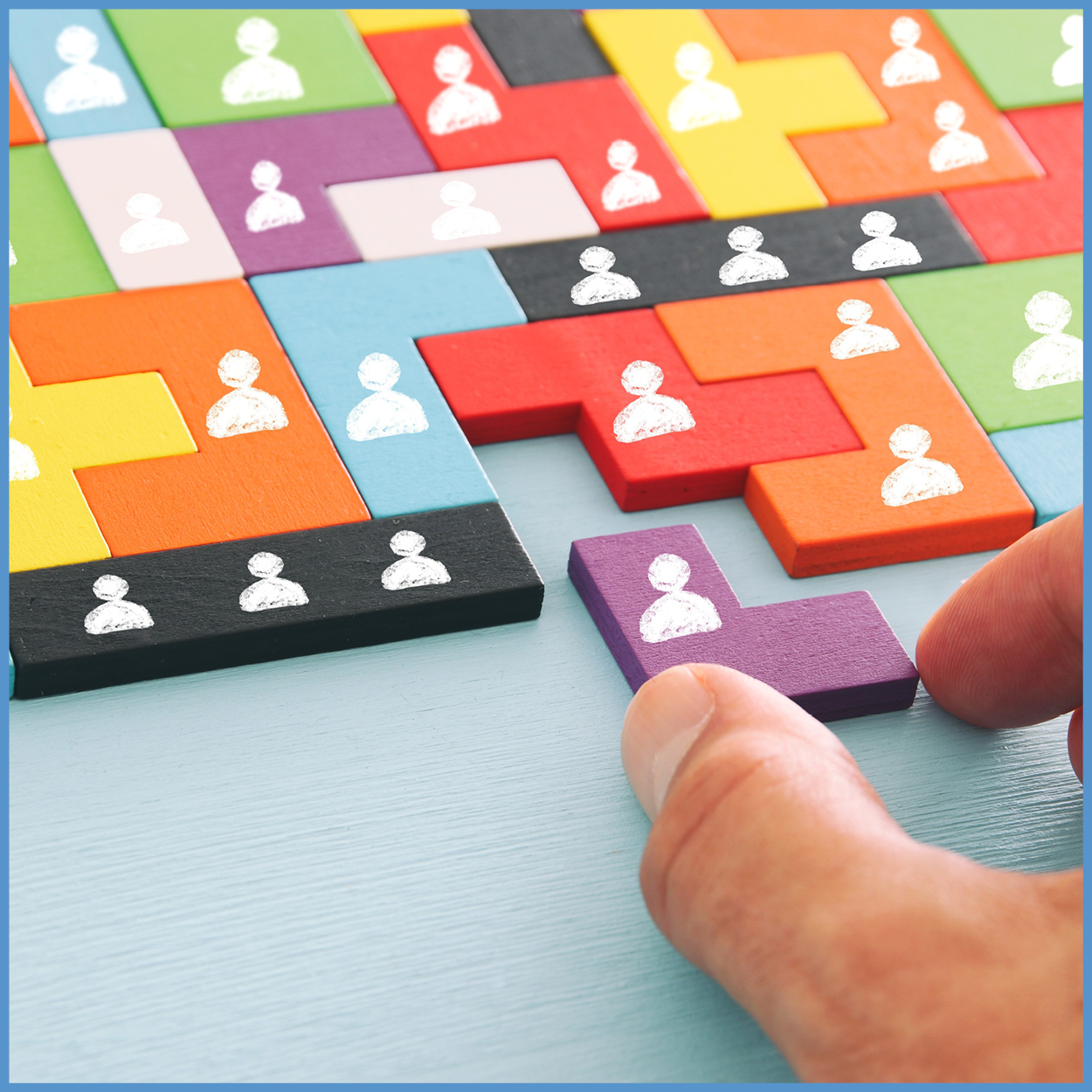 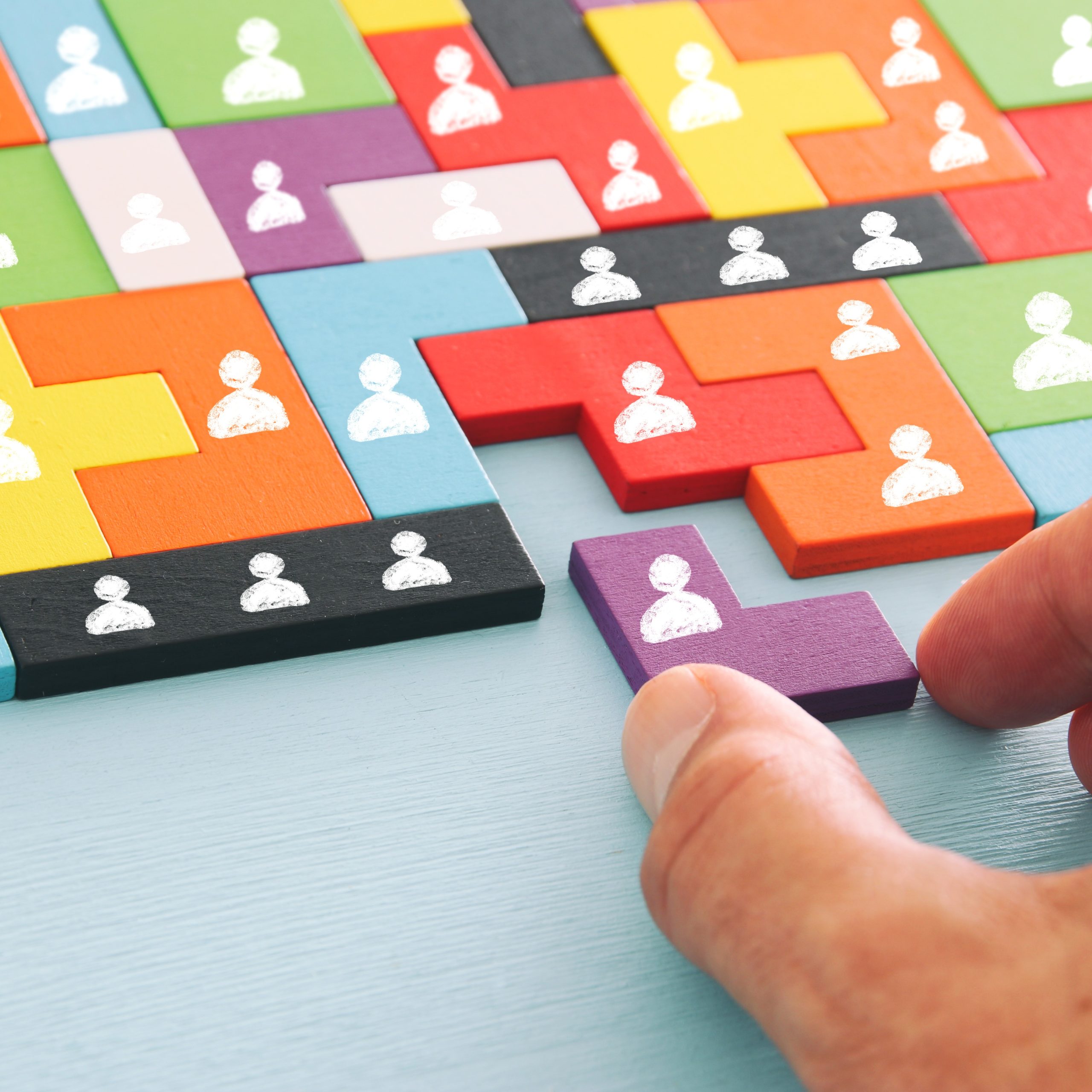 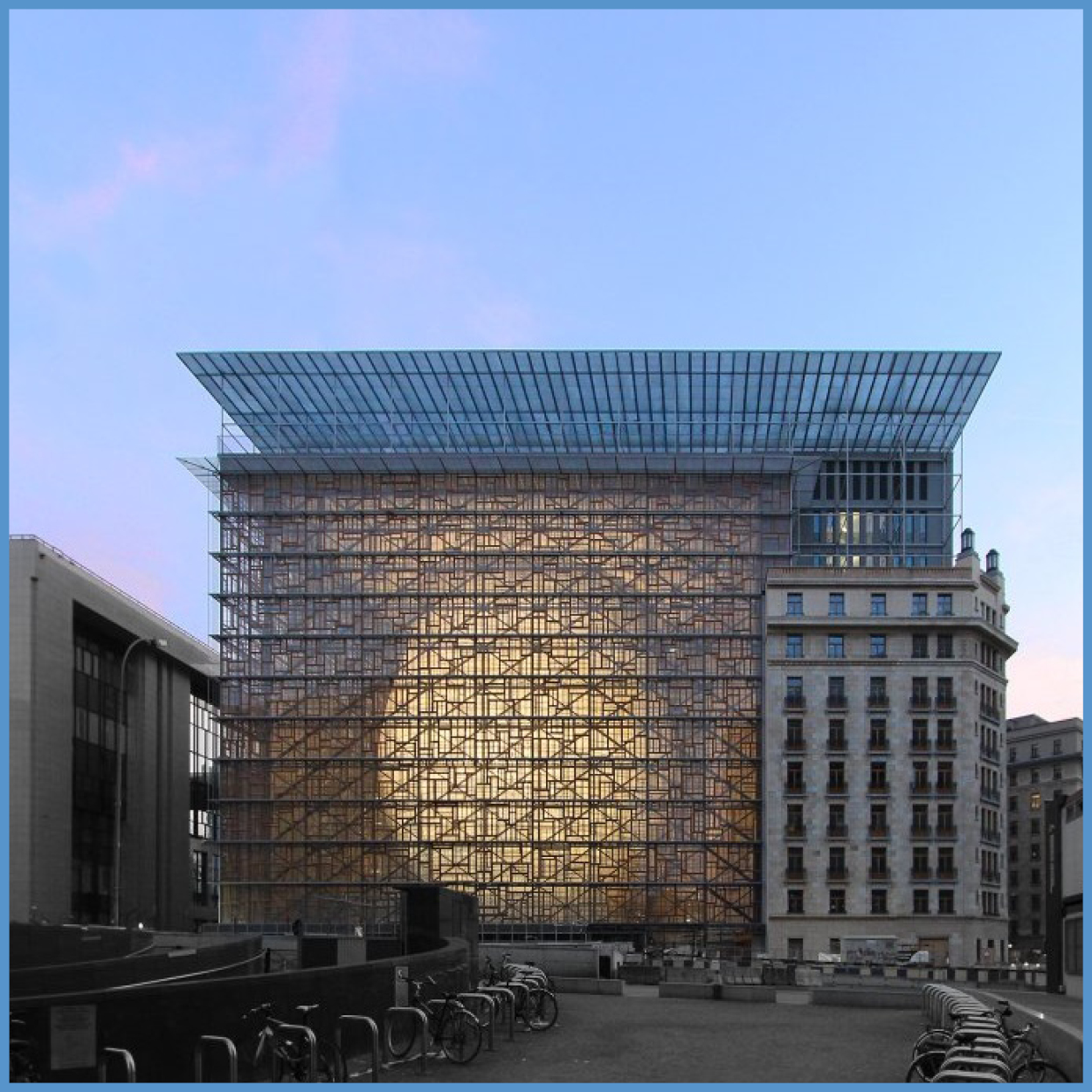 The EU facing the coronavirus:
A political urgency to embody European solidarity 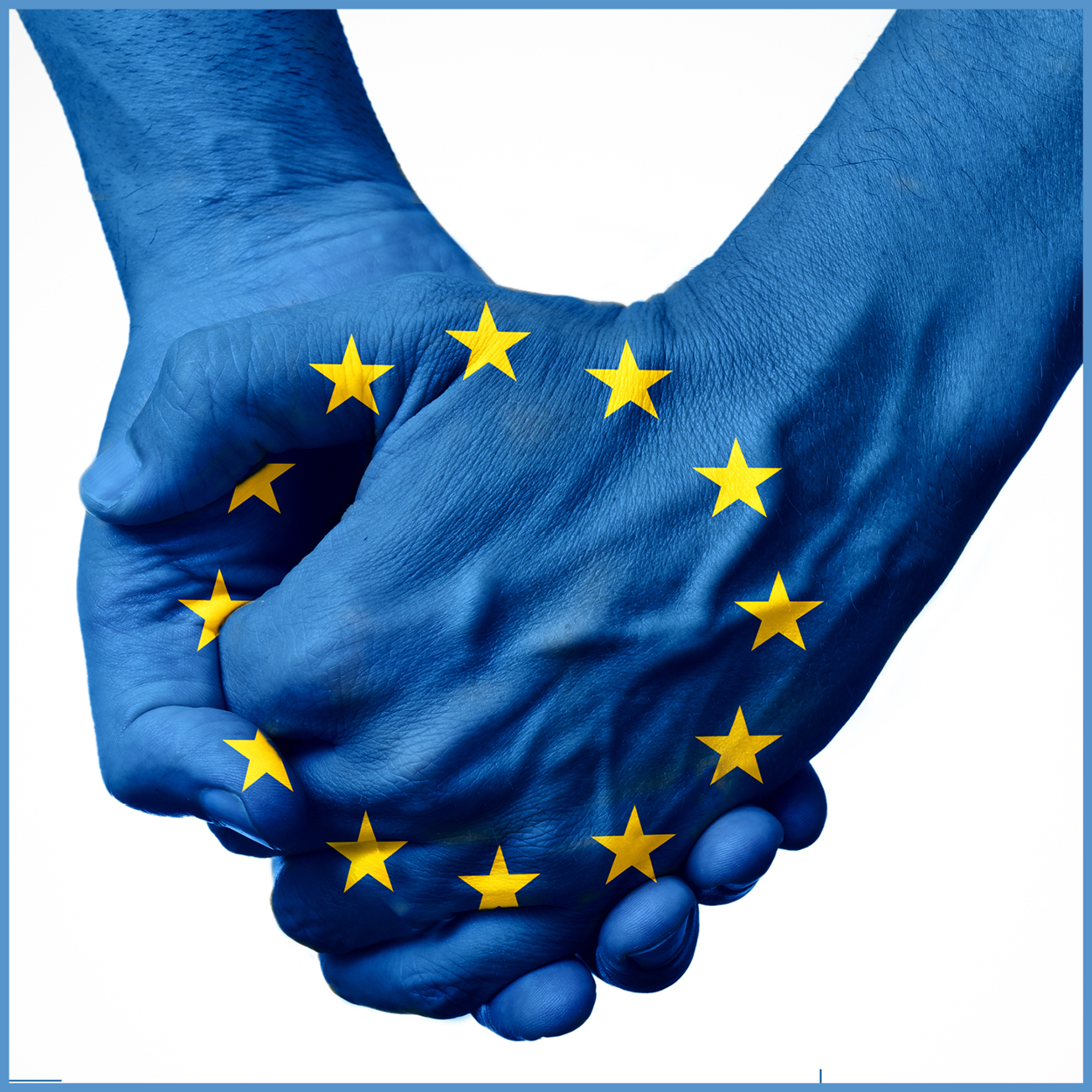