EU immigration and asylum: are we up to the challenge?

This Synthesis underlines the main elements discussed during the expert seminar organised by NE-JDI on 27 June 2014 in Paris on the future of the EU immigration and asylum policy, which was also on the agenda of the European Council in June 2014. 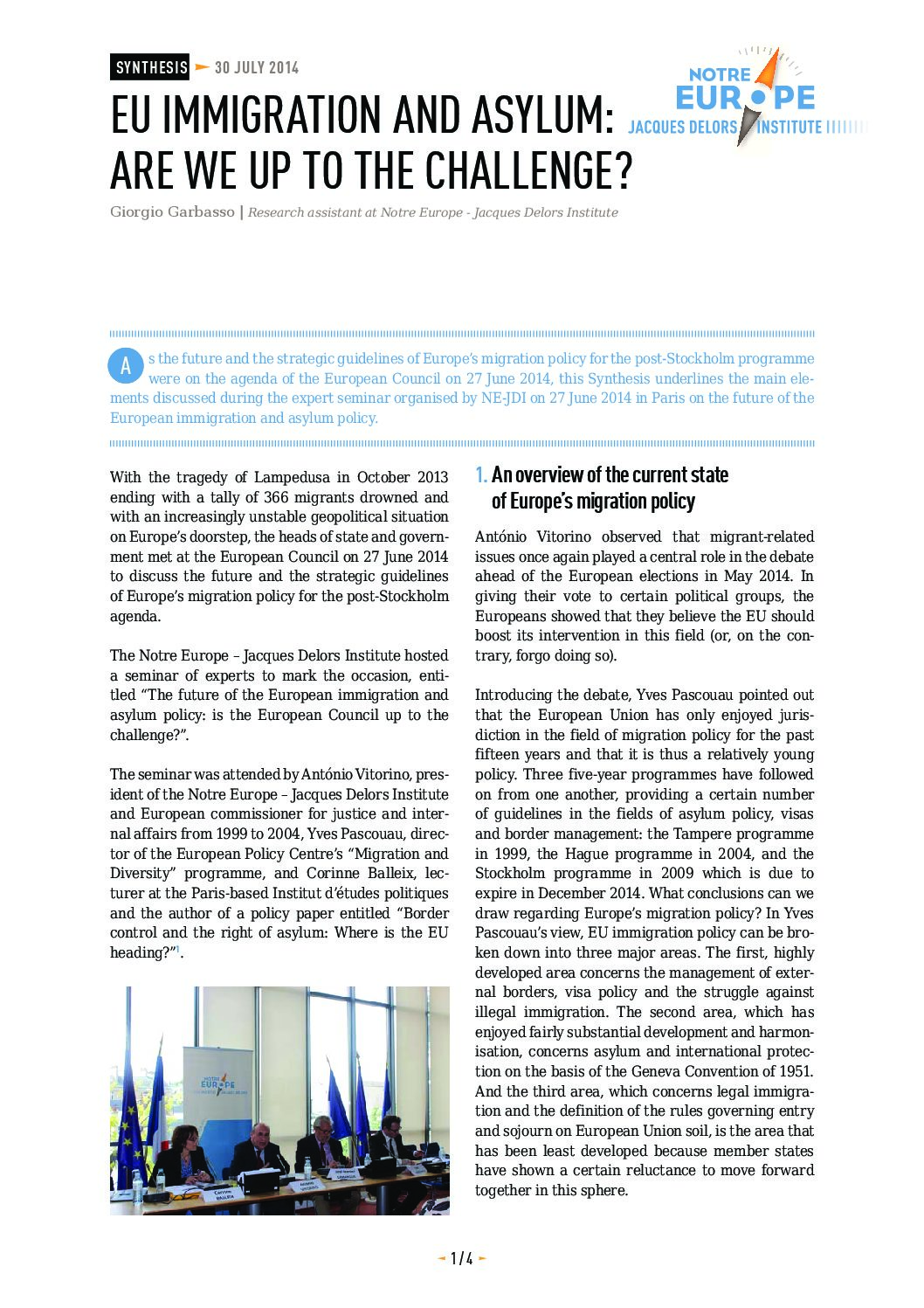 As the future and the strategic guidelines of Europe’s migration policy for the post-Stockholm programme were on the agenda of the European Council on 27 June 2014, this Synthesis underlines the main elements discussed during the expert seminar organised by NE-JDI on 27 June 2014 in Paris on the future of the European immigration and asylum policy.

The seminar was attended by:
– António Vitorino, president of the Notre Europe – Jacques Delors Institute and European commissioner for justice and internal affairs from 1999 to 2004,
– Yves Pascouau, director of the European Policy Centre’s “Migration and Diversity” programme,
– Corinne Balleix, lecturer at the Paris-based Institut d’études politiques and the author of a policy paper for NE-JDI entitled “Border control and the right of asylum: Where is the EU heading?”.

The Synthesis is divided into 4 parts:
1. An overview of the current state of Europe’s migration policy
2. Mutual confidence, a precondition for strengthening external controls and eliminating internal controls
3. Strengthening powers of attraction and security
4. Strategic guidelines in the post-Stockholm agenda