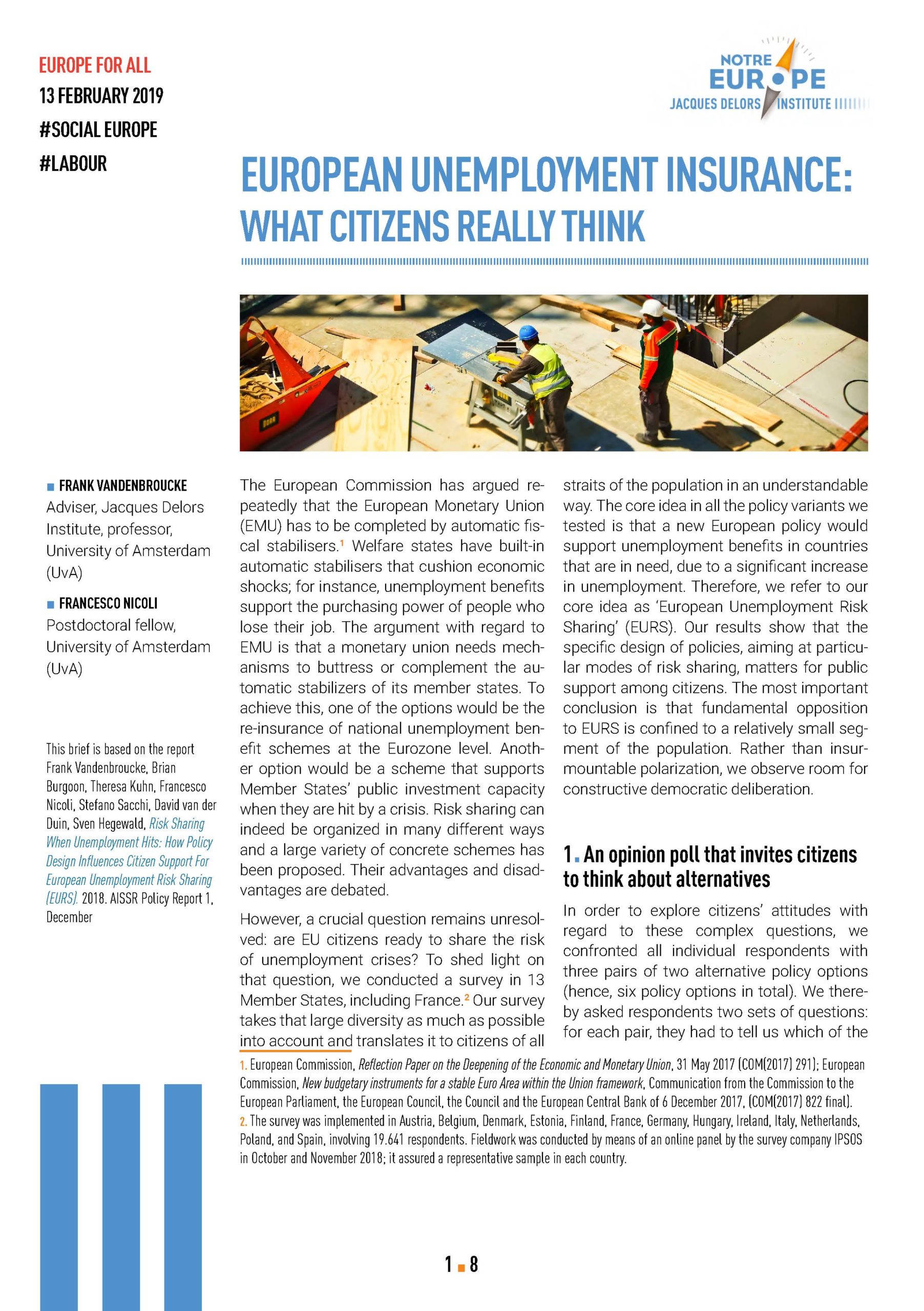 The European Commission has argued repeatedly that the European Monetary Union (EMU) has to be completed by automatic fiscal stabilisers. Welfare states have built-in automatic stabilisers that cushion economic shocks; for instance, unemployment benefits support the purchasing power of people who lose their job.

The argument with regard to EMU is that a monetary union needs mechanisms to buttress or complement the automatic stabilizers of its member states. To achieve this, one of the options would be the re-insurance of national unemployment benefit schemes at the Eurozone level. Another option would be a scheme that supports Member States’ public investment capacity when they are hit by a crisis. Risk sharing can indeed be organized in many different ways and a large variety of concrete schemes has been proposed. Their advantages and disadvantages are debated.

However, a crucial question remains unresolved: are EU citizens ready to share the risk of unemployment crises? To shed light on that question, Frank Vandenbroucke, Brian Burgoon, Theresa Kuhn, Francesco Nicoli, Stefano Sacchi, David van der Duin and Sven Hegewald conducted a survey in 13 Member States, including France. Their survey takes that large diversity as much as possible into account and translates it to citizens of all straits of the population in an understandable way. The core idea in all the policy variants they tested is that a new European policy would support unemployment benefits in countries that are in need, due to a significant increase in unemployment. Therefore, they refer to their core idea as ‘European Unemployment Risk Sharing’ (EURS). Their results show that the specific design of policies, aiming at particular modes of risk sharing, matters for public support among citizens. The most important conclusion is that fundamental opposition to EURS is confined to a relatively small segment of the population. Rather than insurmountable polarization, they observe room for constructive democratic deliberation.