Freedom of movement in the EU: like the air that we breathe?

The right to complete freedom of movement granted to Bulgarian and Romania citizens at the beginning of 2014 has sparked a debate A.Vitorino and Y.Bertoncini call to address in both a realistic and a pro-active manner on the basis of 3 sets of complementary arguments. 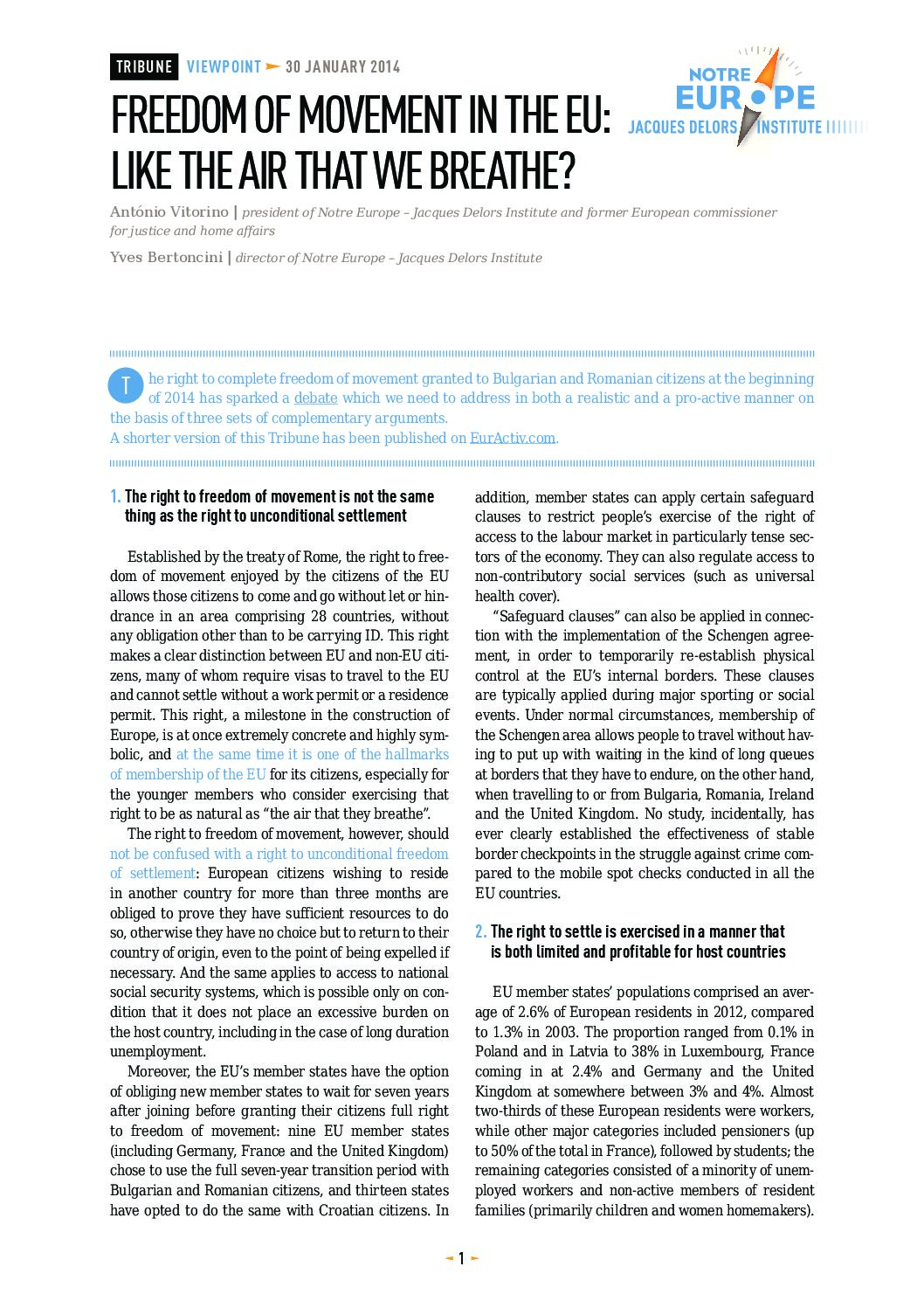 The right to complete freedom of movement granted to Bulgarian and Romanian citizens at the beginning of 2014 has sparked a debate António Vitorino and Yves Bertoncini call to address in both a realistic and a pro-active manner on the basis of three sets of complementary arguments.

Exercise of the right to freedom of movement is not as natural as “the air that we breathe”, and indeed the disputes and controversies that it sparks should also remind citizens eager to maintain it that they need to vote in May 2014 in such a way as to firmly defend this crucial milestone in the construction of Europe.

A shorter version of this Tribune has been published on EurActiv.com.