This paper argues for a thorough reappraisal of flexibility as an instrument of integration and outlines the conditions under which it would help the enlarged EU to move forward. 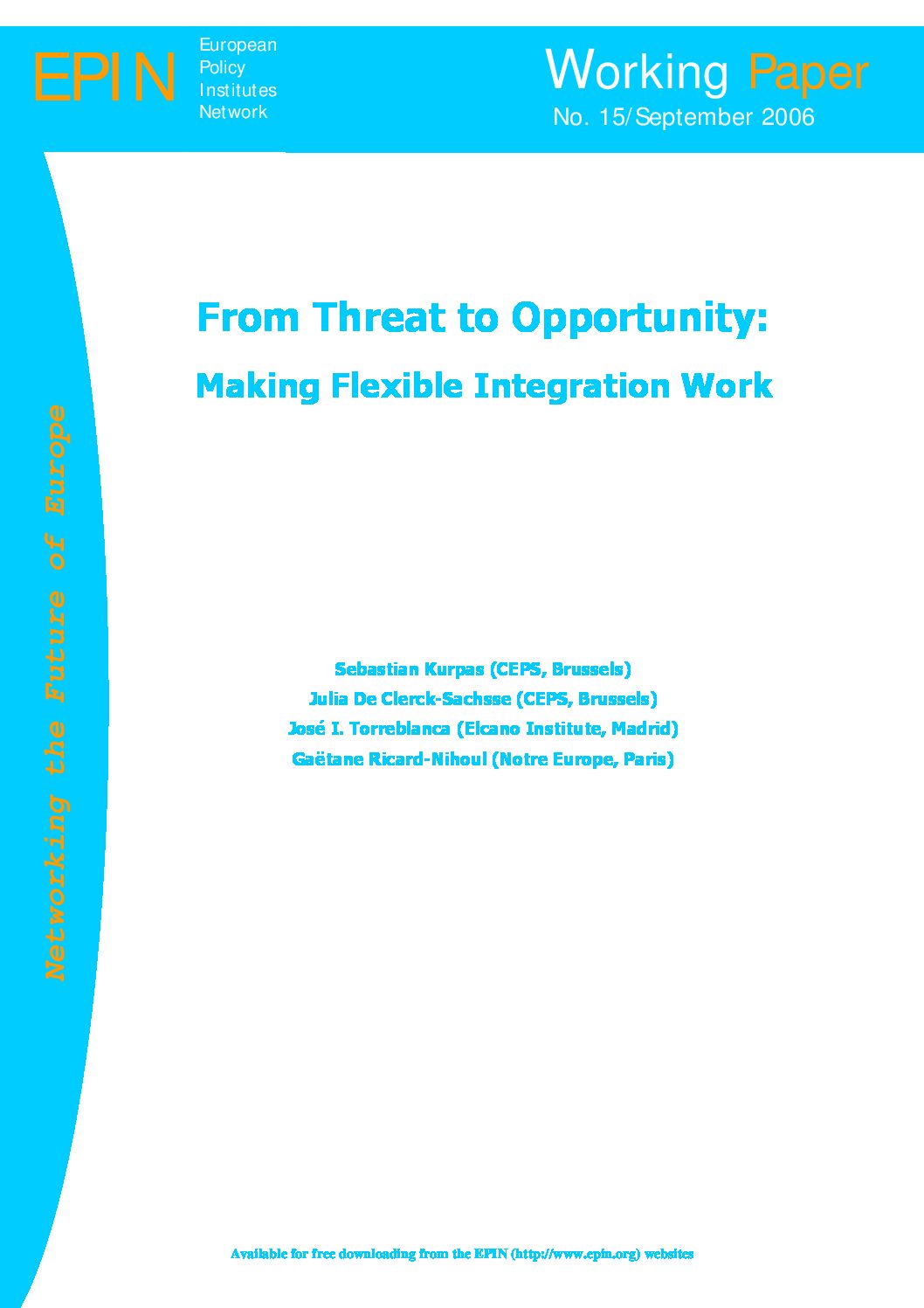 This paper argues for a thorough reappraisal of flexibility as an instrument of integration and outlines the conditions under which it would help the enlarged EU to move forward. Too often in the past, flexibility has been used as an (efficient) threat to induce reluctant or laggard member states to keep pace with the integration process. Therefore, it should not come as a surprise that flexibility has such a poor image in many member states. So far flexibility mechanisms have been initiated only outside the treaty framework – like the initial stages of the Schengen agreement – or they have been limited to a series of opt-in or opt-out clauses, such as those associated with EMU. In a European Union enlarged to 27 or more members, however, the potential need for member states to move at different speeds requires fresh consideration. In the past, the main fear was that flexibility could break the EU in two. Present concerns are more focused on an overly rigid European Union that may stall and eventually even collapse. At a time when many consider further enlargement to be incompatible with further integration, the treaty-based mechanism of enhanced cooperation could help reconcile both views. A larger membership base should not be seen as preventing the European Union from deeper integration, but as providing incentives for certain member states to move integration forward. Instead of categorising European countries in three more-or-less closed groups (first-class core EU members, second-class EU members and third-class non-members), enhanced cooperation could offer opportunities to redesign the integration process. Member states could move from the fringes to the core of the European project depending on merit and political commitment, and not according to size or other unalterable factors. For this scenario to materialise, however, a new approach to managing flexibility is needed. This paper puts forth the following conditions for the successful application of the flexibility mechanism: