Inventing the European policies of tomorrow

This synthesis by Virginie Timmerman shows the key issues of the debate organised by Notre Europe – Jacques Delors Institute and the European Movement France on 25 January 2014 in Rouen, about democracy, euro, employment, globalisation and the EU. 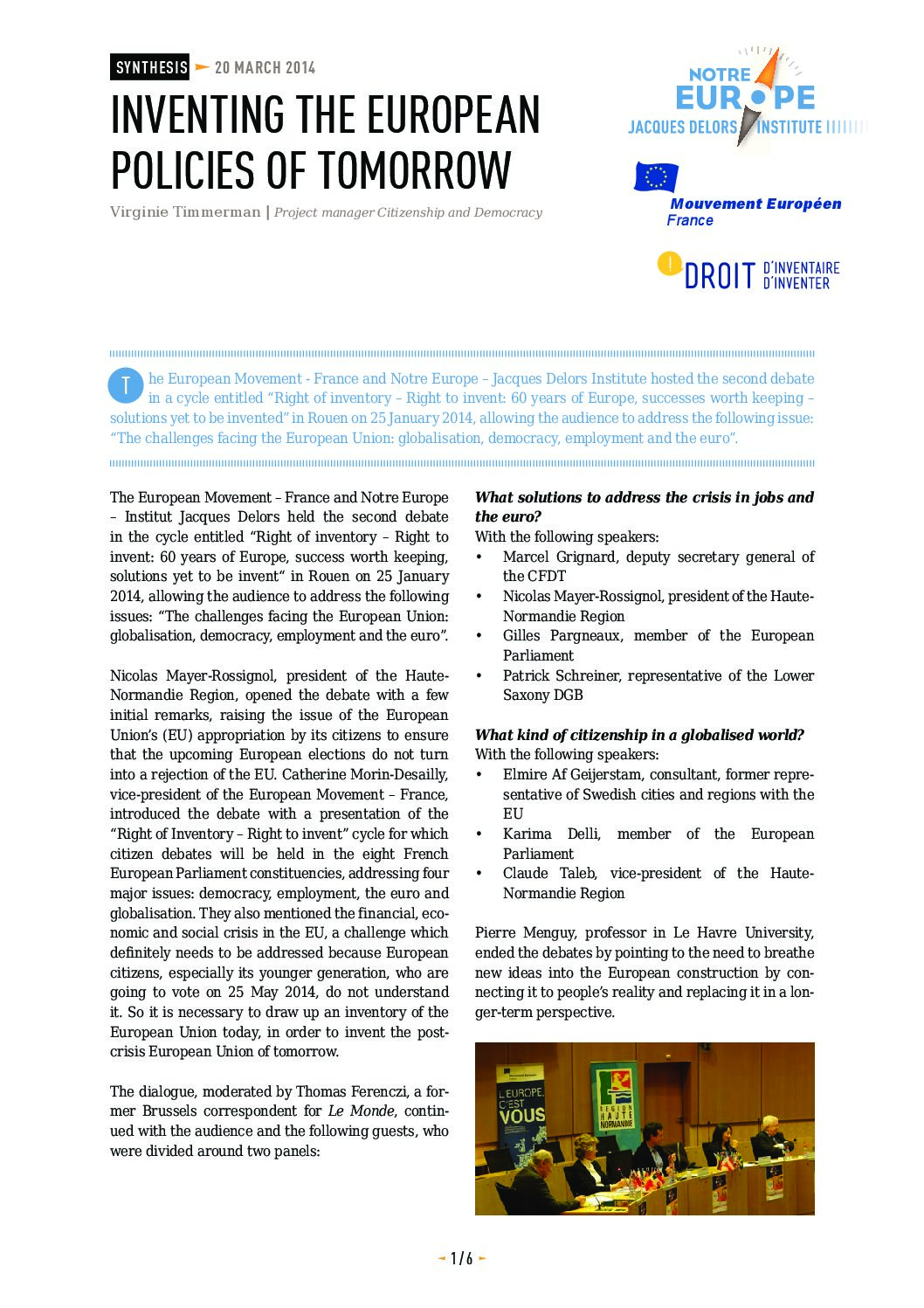 25 January 2014, 4 months before the next European elections, Notre Europe – Jacques Delors Institute and the European Movement – France organised the second debate of their cycle “Droit d’inventaire – Droit d’inventer”, in Rouen in the euro-constituency North-West, on the themes democracy, euro, employment and globalisation.

Three major issues were pointed out:

1. Globalisation and citizenship: breathing new ideas into the European dream in order to assert itself towards the other world powers
2. Democracy: explaining the European Union, its project and its institutions
3. Employment and the euro: defining a new European economic model

To listen to the podcast of the debate (in French), click here.