There was much emotion during the European Parliament’s last session in January in Strasbourg. But this was not the case for the 29 deputies of Nigel Farage’s Brexit Party, elected in May 2019 (nor for the only pro-Brexit conservative deputy), who had also turned away during the European anthem at the inaugural session in July 2019. Having found no accomplices within the new Parliament, they now sit among the non-attached members.

But for the other 43 MEPs (Labour, Liberals, Greens, Conservatives – all opposed to Brexit), the departure from the European Parliament on the 31st of January is heart-breaking, and for many of their colleagues from other countries as well. 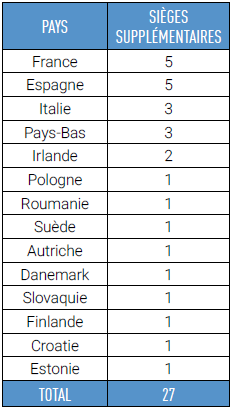 A Council decision made on the 28th of June in 2018 established the composition of the European Parliament for the 2019-2024 parliamentary term, which included the Brexit hypothesis. 751 MEPs were therefore elected following the 2019 elections, as Brexit had not yet been effective at that date. The UK is due to leave the European Union on January 31st, 2020. Following this date, the European Parliament will have only 705 MEPs. Indeed, the Council decided that out of the 73 seats that would be left empty by the British departure, 46 of them would be reserved in the possible case of future enlargements, and/or in the event of the creation of a transnational constituency. 27 seats remain to be filled, which were, up until now, frozen (some members had even given these seats the name “Picard MEPs”), and which will be distributed among 14 member states. These states are considered to be under-represented, regarding their changing demographics since 2014.

No member states lose a seat. Legal and administrative arrangements have been made to ensure that there is no need to organise elections in the countries concerned.

The countries in question are listed beside.

The 7 political groups in the European Parliament will be variously impacted by the departure of the British MEPs. 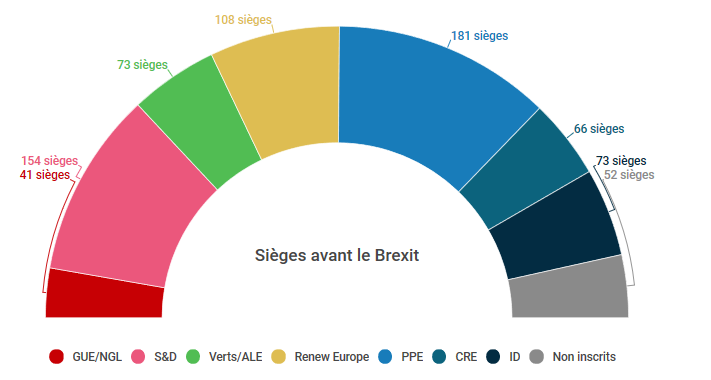 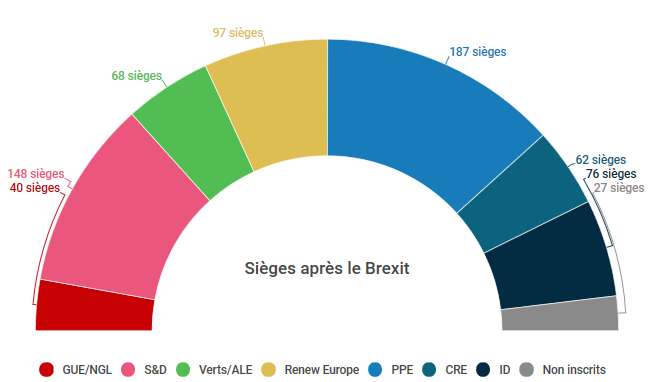 Below is a table of the national parties of the additional MEPs and their affiliation by political group. 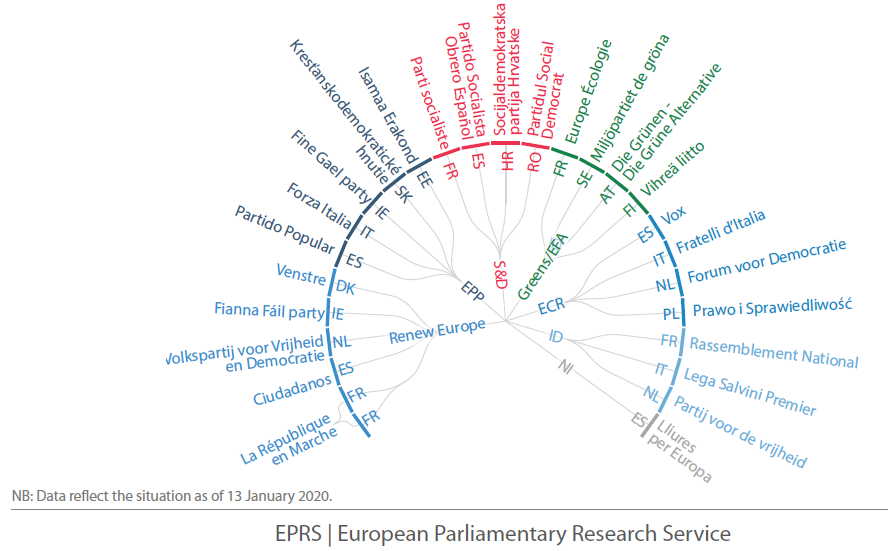 What conclusions can be made in the short term?

The political landscape of the European Parliament will not be entirely changed after the 31st of January, especially with a strong ‘pro-European’ majority remaining.

Nonetheless, three elements are worth mentioning:

All of which are questions to be addressed in 2020.