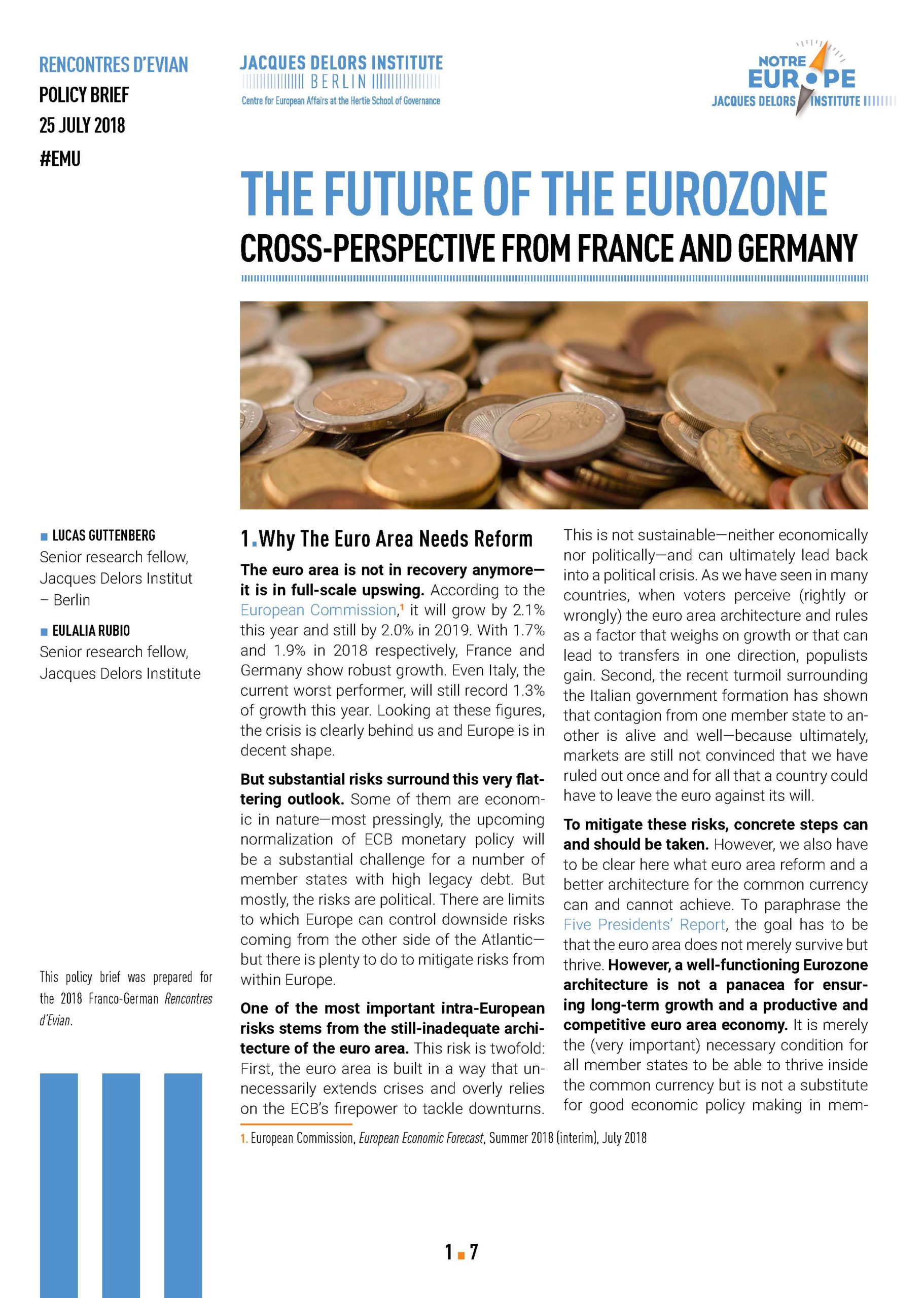 The Franco-German compromise at Meseberg has put the right questions on the table. Although they cover only part of the reforms needed for the Eurozone, it makes sense to tackle the three areas now in focus first—banking union, fiscal capacity and ESM reform. They have a certain momentum behind them, are logically intertwined and present fixes to the most pressing problems. Even if the Meseberg Franco-German consensus did not muster enough support to get it endorsed by the other member states, discussions will continue at the level of euro finance ministers in view of taking decisions by December 2018. The next months will be crucial to see whether France and Germany stick to their position and whether they will convince the other member states to follow them.

But a comprehensive and lasting reform of the euro area architecture would also need to encompass two missing elements in current debates—the reform of economic policy coordination and the overall political-institutional architecture, argue Eulalia Rubio and Lucas Guttenberg. However, given that both potentially reach deep into what is prescribed in the EU treaties, this is likely to be more for the day after tomorrow.