Notre Europe – Jacques Delors Institute releases the synthesis of the debate organised with the EUISS, on the 4 of July, in Paris, about the recommendations on EU migratory policies in the framework of the “Think Global Act european IV” Report.

| Chiara Rosselli |
| Europe in the world 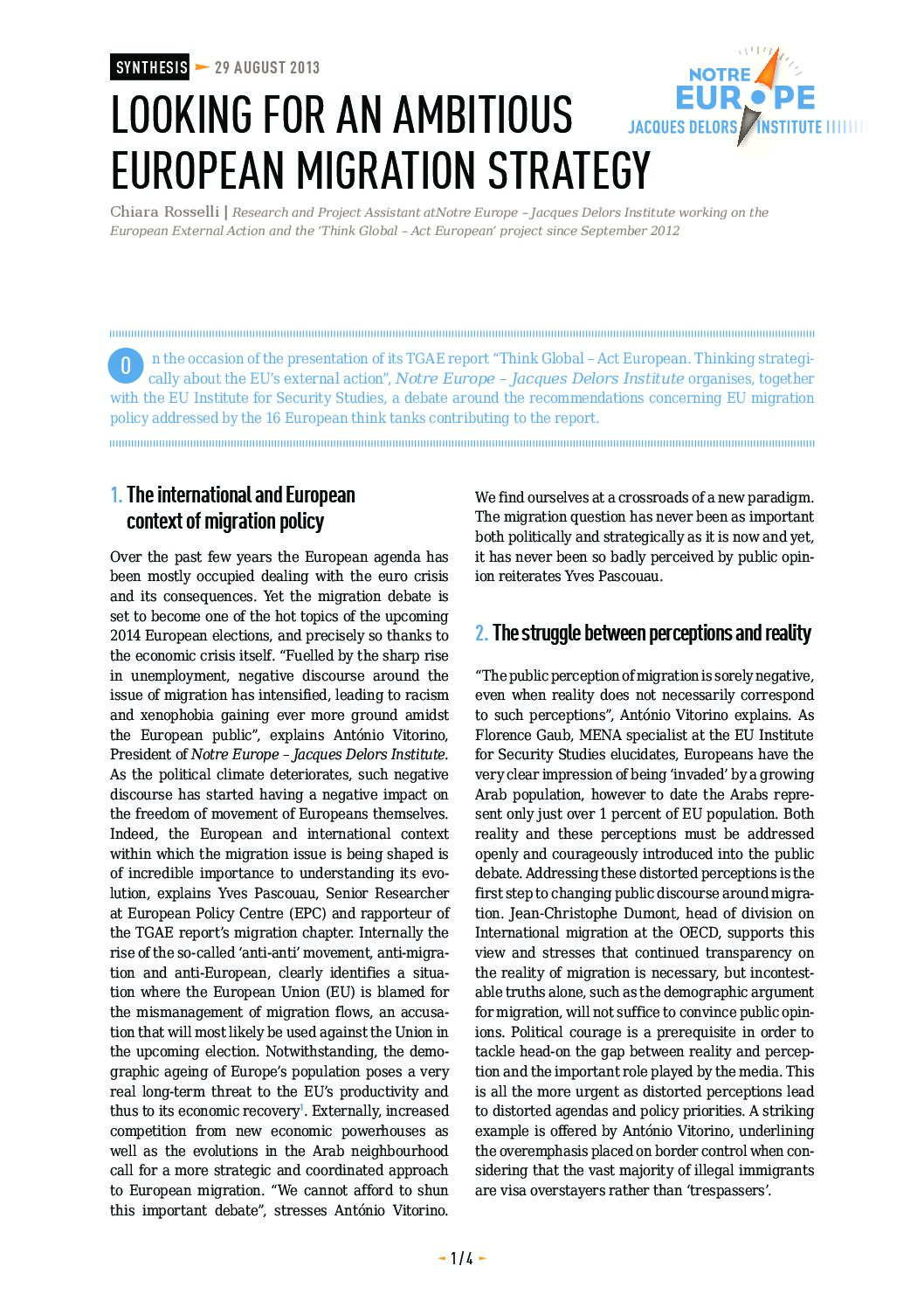 The synthesis by Chiara Rosselli, fellow researcher at Notre Europe, Jacques Delors Institute, of the debate organised together with the EUISS, on the 4 of July, in Paris, draws on the recommendations on EU migratory policies in the framework of the “Think Global Act european IV” Report.
After having recalled the international and european context of the migratory policies and public perceptions about them, the synthesis comes back on the recommendations about an ambitious European coordination policy based on a strategic vision of the EU migratory challenges.
This debate featured
– Mr. Antonio Vitórino, president of Notre Europe – Jacques Delors Institute
– Mr. Yves Pascouau, senior fellow researcher at the European Policy Center
– Mrs Florence Gaub, Middle East and North Africa expert at the European Union Institute for Security Studies
– Mr. Jean-Christophe Dumont,head of division on International migration at the OECD
– Mrs Elvire Fabry, senior fellow researcher at Notre Europe – Jacques Delors Institute
– Mr. Emmanuel Mayer, head of division on Migration and development at the French ministry of Foreign Affairs