“The social implications of [the energy transition] must be a part of the [EU] policy process from the outset, and not simply be an afterthought” European Commission, 4th State of the Energy Union, April 2019

It was already clear to many of us. We were aware of the 2013 Bulgarian protests sparked by an increase in electricity price that was not accompanied by adequate measures to help the most vulnerable. This is why, in 2017 already, we called on European policy makers to elaborate a “Social Pact for the Energy Transition” to show that Europe protects and empowers all its citizens in this transition. Such a Pact is more necessary than ever, as recalled by the European Economic and Social Committee and the recent 66 proposals by a group of 19 French NGOs and Trade Unions.

The European Commission led by Jean-Claude Juncker has laid the foundations for a clean energy future that will also make European societies fairer. They have indeed spearheaded the Energy Union and created the European Pillar of Social Rights.

The policy makers European citizens will choose on May 26th must build on those foundations. They must prove to all Europeans that the energy transition we are engaging in for our very survival is also the opportunity to improve our way of life. To seize this opportunity, the next European Commission should build a “Social Pact for the Energy Transition” together with the EU States, regions, cities and social partners. This comprehensive Pact should ensure a just transition for workers, improve public health, democratise the energy transition and eradicate energy poverty.

Ensuring a just transition for workers

The clean energy transition drastically transforms our economy. It reshapes not only the power sector but also the transport, industry and building sectors. Renewables and energy efficiency are now booming global markets. They create new “green jobs”, while some existing jobs are redefined and others are phased out. To protect all workers, the EU should better anticipate and organise the adjustment in sectors and regions at risk, as it already starts doing with coal jobs through the Coal Regions in Transition Platform. The EU should furthermore ensure an equitable sharing of the inevitable costs of the transition through the creation of a European transition support fund that would finance retraining, support and entrepreneurship measures for workers who have lost their jobs as a result of major structural changes brought about by the energy transition.

Today, four million Europeans are already working for the green economy, many of whom are working in the fields of renewables and energy efficiency. It is good news, but we can achieve more. The EU must indeed maximise this job creation potential through a genuine innovation-based industrial policy, starting with the production of batteries through the European Battery Alliance. Building on the strengths of European researchers, entrepreneurs and workers, European companies can become the global leaders of the energy transition.

To make the best of the momentum created by this transition, workers need to be equipped with the skills required for new or redefined jobs. To empower millions of young Europeans to become the makers for the energy transition, the EU should extend its Erasmus Pro programme for apprentices and its European Solidarity Corps to include a green component. As a visible show of what Europeans can do, it should create EU Centers of Excellence to train apprentices in critical energy transition sectors (e.g. wind power, heat pumps, energy efficiency). For master/post-master graduates, the EU should create a ‘College of Europe for Energy and Climate’ that could train, in a transdisciplinary manner, the makers of the forthcoming transition to a climate-neutral economy.

Improving public health for all Europeans

Air pollution is today a major public health concern. It is true not only in China, but also in Europe where it causes 400.000 premature deaths every year. Many of those lives can be saved whenever the European Union, nations, regions and cities adopt stricter pollution standards, organise a socially-fair phase-out of coal, support the modernisation of heating systems and the deployment of electric vehicles.

Coal is declining in Europe, and the recent rise in the European carbon market (EU-ETS) CO2 price, while insufficient to phase out coal on its own, makes burning coal less profitable, if not simply unprofitable. It leads to less coal being burnt and fewer air pollutants emitted in Europe.

When it comes to transport-related air pollution, a number of cities and states have recently sent strong signals. For instance, Paris ambitions to end the use of petrol and diesel cars by 2030, while Norway will stop the sales of new petrol powered cars by 2025, the Netherlands by 2030 and France and the United Kingdom by 2040. By adopting new standards to reduce CO2 emissions of cars, the EU recently encouraged the transition towards cleaner cars, including electric vehicles, which also contribute to decrease air pollution.

When developing its Urban Agenda and deciding on the EU budget, EU decision makers should take air pollution into account, for instance by incentivizing the shift from oil-powered buses to clean buses, such as electric buses or other clean alternatives.

Democratising the energy transition by empowering consumers and citizens

The energy transition is a historic opportunity to allow citizens and consumers to take control of their energy use, produce energy, save money and choose an energy supplier that fits their needs and values.

Thirty years ago, the electricity and gas sectors were monopolies. Most EU consumers had no option regarding their supplier, energy price, and origin of the energy they consumed. Most EU cities were forbidden to create local energy communities, able to better manage energy locally.

The liberalisation of energy markets provided consumers with the possibility to choose their energy supplier. It was a necessary step to give consumers the freedom to become active consumers, and to enable the creation of local energy communities. Empowering consumers even further would help them reap the benefits of the energy transition.

With the recent adoption of the “Clean Energy for All Europeans” package, the European Union made a significant step forward that will make electricity bills more understandable, will ensure the creation of independent and freely accessible electricity price comparison tools, and will foster the development of local energy communities –under the name ‘citizens energy communities’.

Yet, a lot remains to be done and the next EU decisions makers will need to see how smart meters can better serve the interests of consumers, and how smarter and greener finance can enable consumers, citizens and local communities to perform the changes they want to see, especially when it comes to energy efficiency investments.

Last and not least, the EU adopted a new governance framework for its energy transition. Member States now need to propose National Energy and Climate Plans where they need to lay out their national energy policy for the upcoming ten years. This gives a greater opportunity to citizens and organised civil society to influence the way national energy decisions are made.

The energy transition can improve the lives of all Europeans, especially for the more than 50 million families that are affected by energy poverty. The Juncker Commission made the first step with the creation of the European Energy Poverty Observatory. The Clean Energy Package introduces new requirements, including the first steps of a definition, to better understand and address energy poverty. The next Commission must adopt a comprehensive European Plan aiming at eradicating energy poverty from the continent. In this context, the EU must evaluate the effectiveness of national strategies intended to address energy poverty, promote the exchange of good practices and support the best solutions, whether through EU legislation, EU funds or the coordination of national initiatives.

The European Plan should target the deep renovation of dwellings to reduce households’ energy consumption while increasing comfort. Although in the short-term some palliative measures – such as social tariffs and energy cheques – are needed, in the medium-term the improvement of dwellings energy efficiency is the only structural and sustainable solution to improve the lives of millions and create local jobs. As Europeans, we could set ourselves a simple objective: making sure that not a single European family suffers from cold in its home in the winter.

Conclusion: making the socially fair energy transition a reality for all Europeans

With the Energy Union and the European Pillar of Social Rights, EU leaders have already said the right words and set the right direction. They made the first steps with the Coal Regions in Transition Platform and the European Energy Poverty Observatory. Now the time has come to entirely suit the action to the word and grab the opportunity of the energy transition to improve the economic, social and environmental conditions of living in Europe. 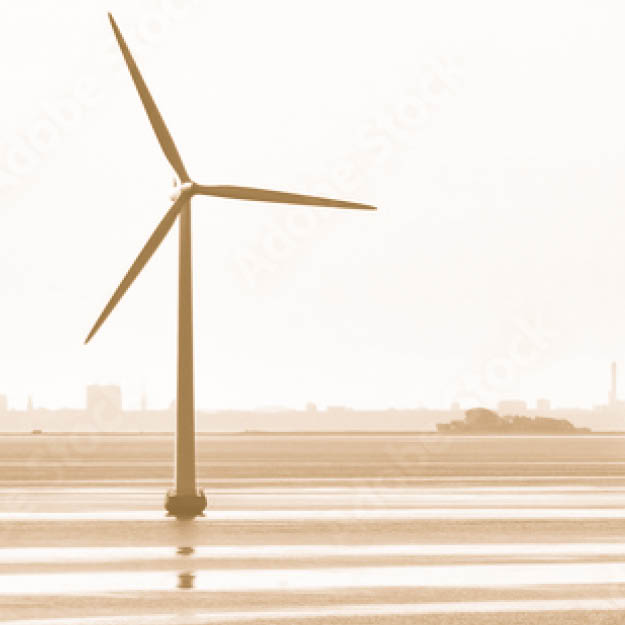