The notion of ‘added value’ will probably be at the centre of the EU budgetary negotiations. However, this notion lacks conceptual clarify. On the basis of an analysis of official documents and academic contributions to the debate, this Policy brief highlights the existence of at least four different ways of interpreting ‘added value’, each one having different practical implications. 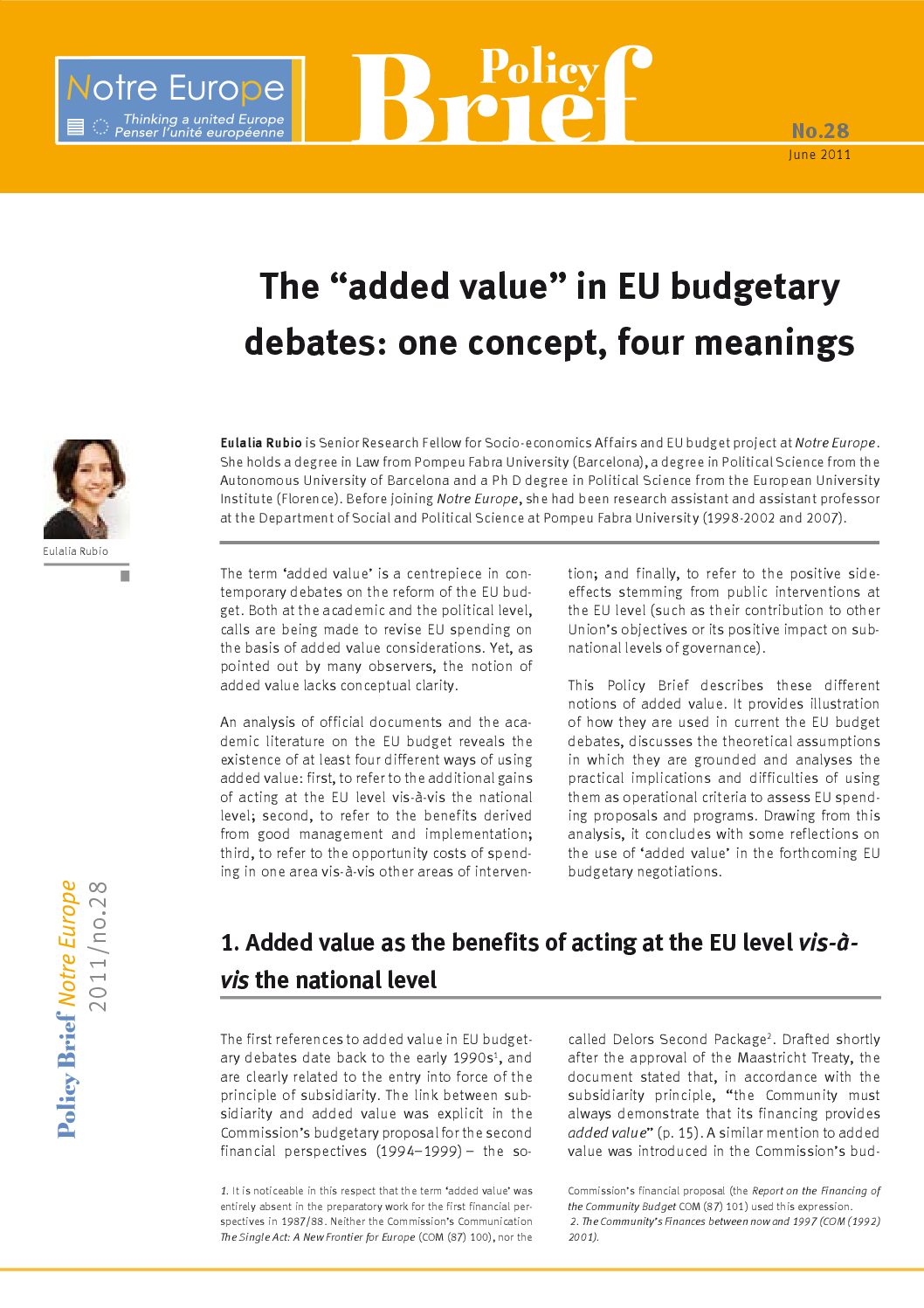 The notion of ‘added value’ is a centerpiece in debates on the EU budget reform. However, this notion lacks conceptual clarity.

These different uses are not necessarily incompatible. More economic-type, objective notions of ‘added value’ appear as more pertinent for a rigorous comparison of EU spending proposals. Yet, the existence of other, more subjective or political-type visions of ‘added value’ testify of the ultimate political nature of budgetary decisions, and of the need to take these other political considerations into account when deciding how to spend the EU money. In other words, while EU spending proposals should be submitted to an objective ex ante economic assessment, this should not serve to ‘depoliticise’ budget decisions but to make political decisions on EU spending more informed.