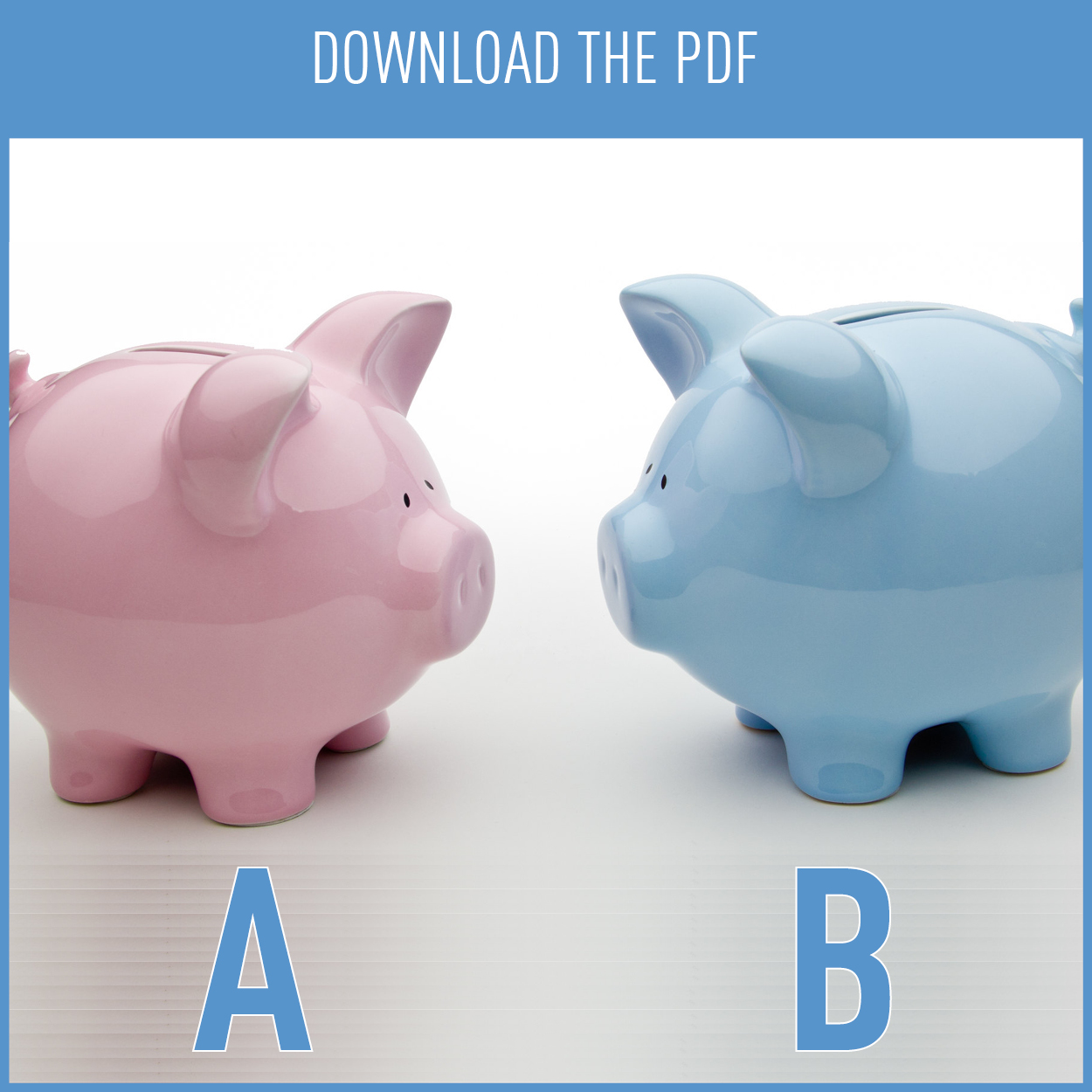 It’s a long way to recovery. Since the Eurogroup of April 9 took the decision of setting up a COVID-19 Recovery Fund “commensurate with the extraordinary costs with the current crisis”, the debate at the European level has focused on the size, modes of financing and articulation of this new Fund with the new EU-long term budget. The European Council of April 23 did not provide many details on all these issues except for the last one: following the advice of the Commission, EU leaders decided to integrate this massive recovery effort into the upcoming Multi-Annual Financial Framework (MFF) covering 2021-2027.

Integrating the recovery effort into the next MFF has many advantages….

The Commission’s proposal should not be detailed sooner than May 6, at best. Judging from some initial announcements, what the Commission will propose is to allow the Union to raise a huge amount of money on the financial markets by using the EU budget as guarantee, and use this extra money to give support to Member States (combining grants and loans) as well as directly to the private sector (through guarantees, loans and/or equity), by extending existing EU programmes and creating some new ones. This is an intelligent plan, and offers many advantages vis-a-vis the establishment of an ‘ex novo’ Recovery Fund out of the EU budget. The inclusion into the EU budget implies that the Commission, and not the Member States, will decide how to distribute the money. Besides, the use of these funds will be controlled and monitored by EU institutions such as the European Parliament, the European Court of Auditors or the European Anti-Fraud Office (OLAF). This is important to ensure not only that the amounts are well-spent but that COVID-related spending reinforces rather than weakens other EU strategic objectives, such as the much-needed green transition.

Having said so, from a political point of view, putting the new COVID-19 Fund and the MFF in a single “Recovery package” is a risky bet for several reasons:

First because the MFF is a seven-year budgetary translation of the EU strategic roadmap. Given the size of the Covid-19 crisis, the level of uncertainties concerning the health crisis as well as the economic, social and political impact of this colossal shock, it looks presumptuous to rush a decision on such a major aspect of the long-term future of the EU. A solid reflexion about the “what’s next” by the Commission, which is meant to be a “geopolitical” Commission, followed by a deliberation in the European Council and in the Parliament would provide a framework, within which the MFF exercise would have to fit. The long-term agenda (the ox) should come before the budget (the cart), and not the other way round.

Second because MFF negotiations are already highly polarised and they will not get any easier with the economy at a halt almost everywhere. Besides, whereas an intergovernmental instrument can be eventually set up by a “coalition of the willing” in the lack of a consensus, the MFF cannot. It requires unanimity of the 27 Member States and ratification by all national parliaments if we want to raise the Own Resource ceiling (which is key in the strategy to borrow a big amount of money by using the EU budget as guarantee). There is nothing obvious about getting such ratification. A new COVID-adjusted MFF will inevitably shift funding from the “East” to the “South”. Expect some Eastern European countries not to be happy with this, all the more if the remaining amount of EU funds received comes with reinforced “rule-of-law” conditionality attached. Then there is also the need to have the consent of the European Parliament, with a required majority vote that MEPs will surely use to put political pressure for the sake of their own priorities.

Lastly, the possibility that the European Council will not take any crucial decision on such a deal before being able to meet physically in June or even later, may also delay the much awaited “Recovery package”. Under all these reasons and circumstances lies a likely risk of a no-deal MFF scenario, or that of seeing the 27 Member States and the Parliament adopting a very sub-optimal decision on the next EU-long term budget in a last-minute, badly cooked but lasting compromise.

A “plan B”: postpone the MFF negotiations and work on a COVID-adjusted EU budget for 2021

The Commission should prepare and get ready to table a “plan B” to avoid this scenario. If, in the following days, there are no clear signs that a Council agreement on a “MFF-Recovery package” is feasible by June, it should propose that EU leaders postpone the calendar of the MFF negotiation to next autumn and take the time for a serious strategic reflexion. This decoupling would allow EU leaders to concentrate on the negotiation of a Covid-19 Recovery Fund as such. If agreed by 2020, this new fund could be initially financed by Member States´ guarantees. The regulation could still establish a preeminent role of the Commission in the management of the fund and the possibility to use the revenues of the Fund to extend existing EU budget programmes. It could also leave the door open for a possible integration of the Fund into the upcoming MFF later on, thus further raising the amount of money devoted to the recovery.

In parallel, the Commission should prepare a proposal of a Covid-19 adjusted EU budget for 2021. Adopting this exceptional budget will be difficult in itself, but less than adopting a new MFF with plenty of innovations. It would require absolute majority instead of unanimity in the Council, and would only cover one year. To do so, we would have to extend the legal basis of existing programmes to allow EU funding be spent by 2021, but this can also be done with an absolute majority in the Council. The amount of money would not be enormous. Following art 312.4 TFUE, this exceptional 2021 budget will have to maintain the level of 2020 spending adjusted to inflation[1]. Most of it would have to be allocated to pre-existing programmes if we do not want to alter agreed political equilibria, but there will be some capacity to re-shift spending to finance Covid-19-related measures and some novelties introduced in the 2020 budget – such as more flexibility in the use of cohesion policy spending to tackle the crisis- could be maintained. Besides, if the Brexit transition period is not extended, there will be approximately €6-7bn extra previously allocated to the UK, which could be used to this purpose.

Last but not least, while all Member States will see their contributions slightly increase to cover the loss of the UK contribution in 2021, GNI-based budget contributions are calculated on the basis of the GNI forecast for 2021. Thus, countries experiencing the largest negative shock to their GDP, namely Spain and Italy, will pay less than those less touched by the crisis. Besides, the rebates and corrections limiting the contributions of Denmark, Germany, the Netherlands and Sweden to the EU budget expire in 2020.  Unless there is an unanimous agreement in the Council to reform the Own Resource Decision and introduce new corrections, Northern countries which have been relatively spared from the crisis will have a bigger contribution effort to make to such an exceptional 2021 European budget.

Under this “plan-B”, the Commission would have more time to reframe a real new MFF proposal taking full grasp of the Covid-19 shock rather than risking to recycle too quickly its old and obsolete draft dating back to 2018, that could very much end up being bypassed by newly deteriorated economic, social and political conditions by the time it’s ever agreed on.

A postponement of the MFF negotiation after the peak of the outbreak would allow Member States to take better stock of all the effects of the pandemic for the years to come. This would allow the EU to lay out a budget that truly reflects its new priorities and challenges, thus better investing for its future.

[1] In the case of no MFF agreement, art 312.4 TFUE stipulates that the ceilings and other provisions corresponding to the last year of the current framework shall be extended.