The European Employment Strategy: An Instrument of Convergence for the New Member States?

Over the past ten years, employment has remained the number one concern of Europeans, also in the new EU member states. According to the latest Eurobarometer opinion polls, EU citizens have more confidence in the European Union than in their own governments to improve the employment situation in their country. 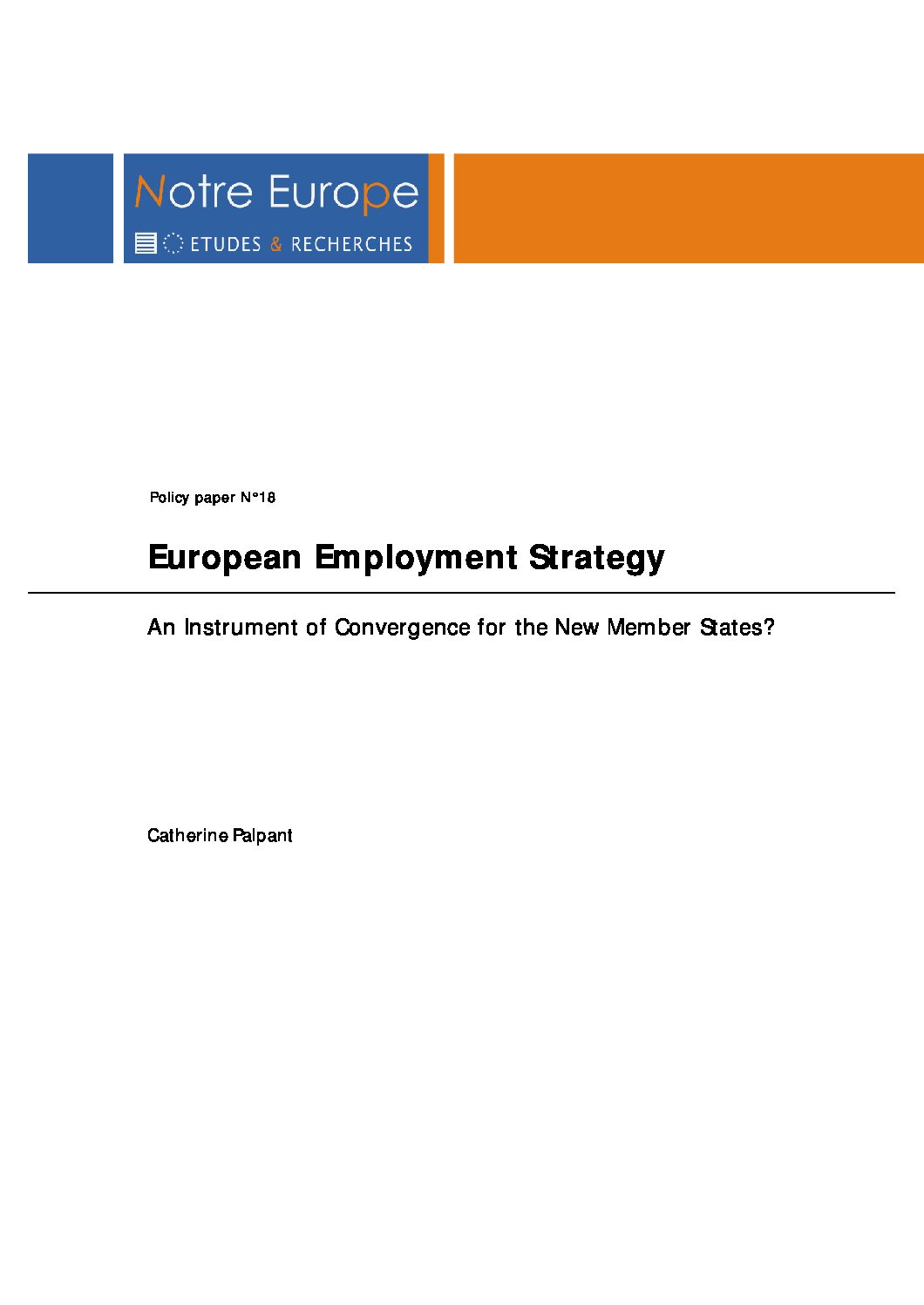 Over the past ten years, employment has remained the number one concern of Europeans, also in the new EU member states. According to the latest Eurobarometer opinion polls, EU citizens have more confidence in the European Union than in their own governments to improve the employment situation in their country. European leaders do not seem to have grasped the full extent of this challenge, whether during the accession period of the new member states or since 2004, according to the analysis presented here by Catherine Palpant. She notes that the major tool in this area, the European Employment Strategy, which aim since 1997 has been to boost the labour markets in and coordinate the national employment policies of the former 15 member states, has not yet delivered convincing results for the 10 new member states. She tries to establish why it has failed by reviewing the socio-economic characteristics of these countries, recent trends, the social policies implemented during the transition period, and the contents of the national action plans for employment.

Through an in-depth examination of five member states, she demonstrates how the European Employment Strategy, now fully incorporated into the integrated approach for Growth and Jobs of the revised Lisbon Strategy, has the potential to be an effective instrument of convergence for the EU 25 in terms of employment policy, working conditions and labour markets.

By following her advice, rather than grumble about the distance that separates old and new member states from the European social model, we should try to explain better to the new member states what the EES is about, by fostering a real partnership, by encouraging them to experiment with new policy instruments, and by defining common objectives better adapted to their national priorities.