The interim report on the EMU is encouraging

In an interview, António Vitorino discusses the issues on the European Council agenda for 18-19 October 2012, addressing in particular the progress made to date in the projects for budgetary, banking, economic and political union. 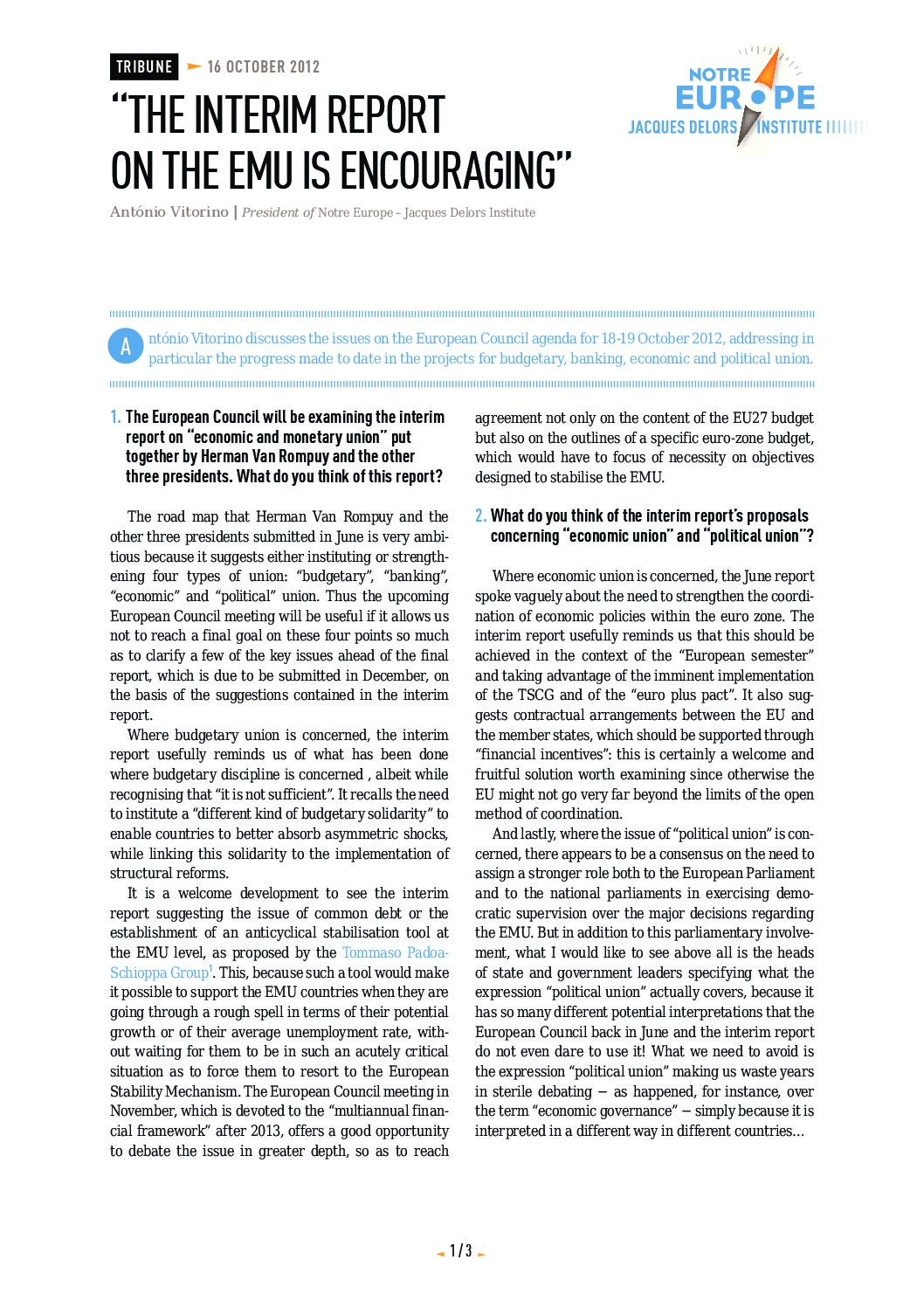 Ahead of the meeting of the European council on 18 and
19 october 2012, António Vitorino, the president of Notre Europe –Institut
Jacques Delors, answers the following questions:

1.The
European Council will be examining the interim report on “economic and monetary
union” put together by Herman Van Rompuy and the other three presidents.What do you think of this report?

2. What do you think of the interim report’s proposals concerning
“economic union” and “political union”?

3. Back in June you suggested that the situation in Spain was going to
“lead us to banking union”: do you think that the European Council is going to
confirm that trend?

4.Do you
think that the European Council should issue a specific signal to Greece?

5. Do you think that the European Council could or should commit to the
creation of institutions specific to the euro zone?

6. The European Council’s agenda also includes an examination of the most
important “strategic partnerships”. What is your view of the progress made to
date in that connection?