The “stupidity pact” is not stable

As the member states present their stability or convergence programmes to the EU authorities and with the up-coming European elections of May 2014, it is more important than ever to clarify the terms of the debate on the Stability and Growth pact. 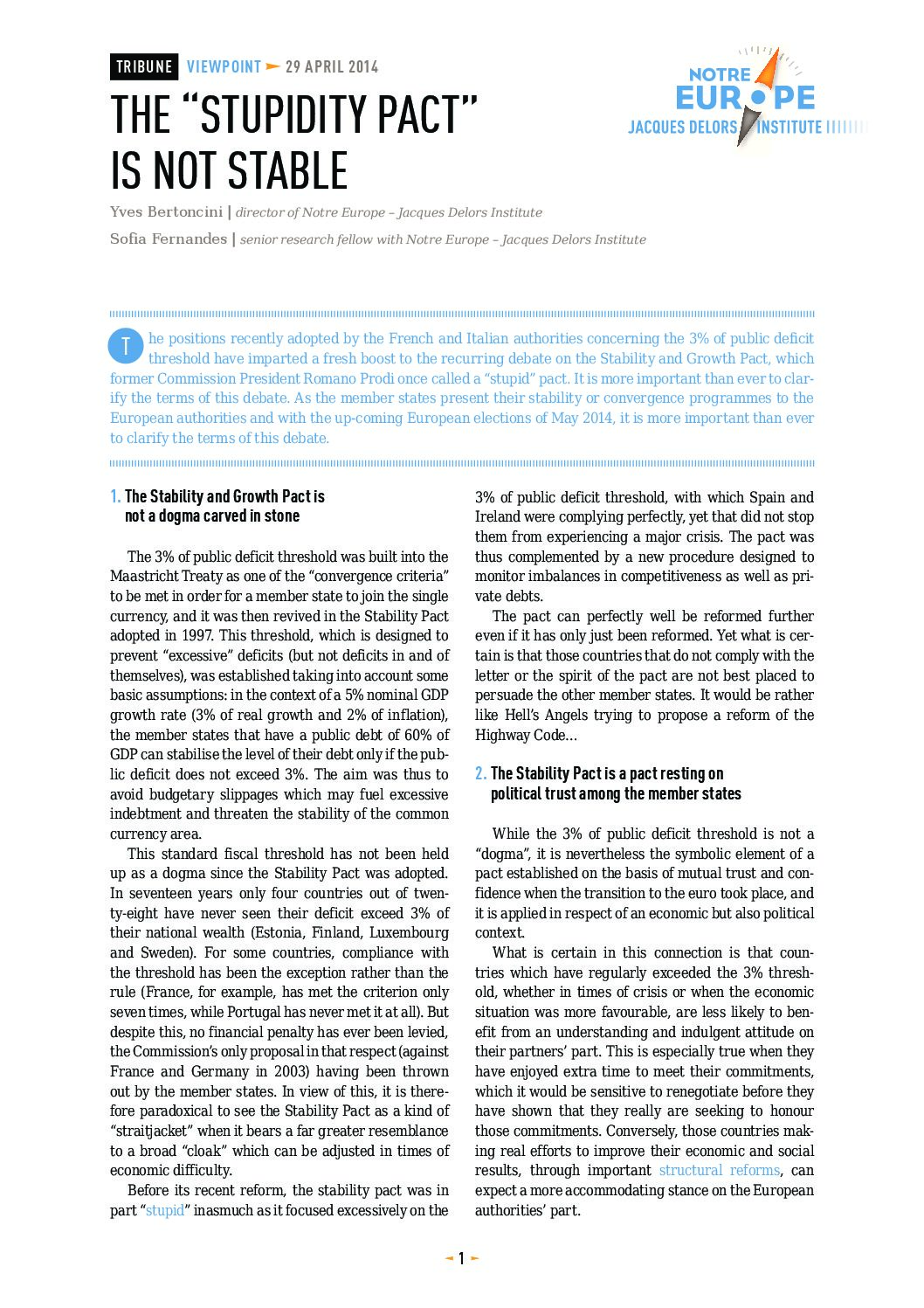 The positions recently adopted by the French and Italian authorities concerning the 3% of public deficit threshold have imparted a fresh boost to the recurring debate on the Stability and Growth Pact, which former Commission President Romano Prodi once called a “stupid” pact.
As the member states present their stability or convergence programmes to the European authorities and with the up-coming European elections of May 2014, it is more important than ever to clarify the terms of this debate. It is the purpose of Yves Bertoncini and Sofia Fernandes analysis, based on three complementary statements :