Towards a Euro Union

We publish the French version of an Op.Ed on the eurozone crisis co-signed by 11 German experts worried about the wait-and see policy of their country and calling for ambitious changes at the economic, social and political levels. 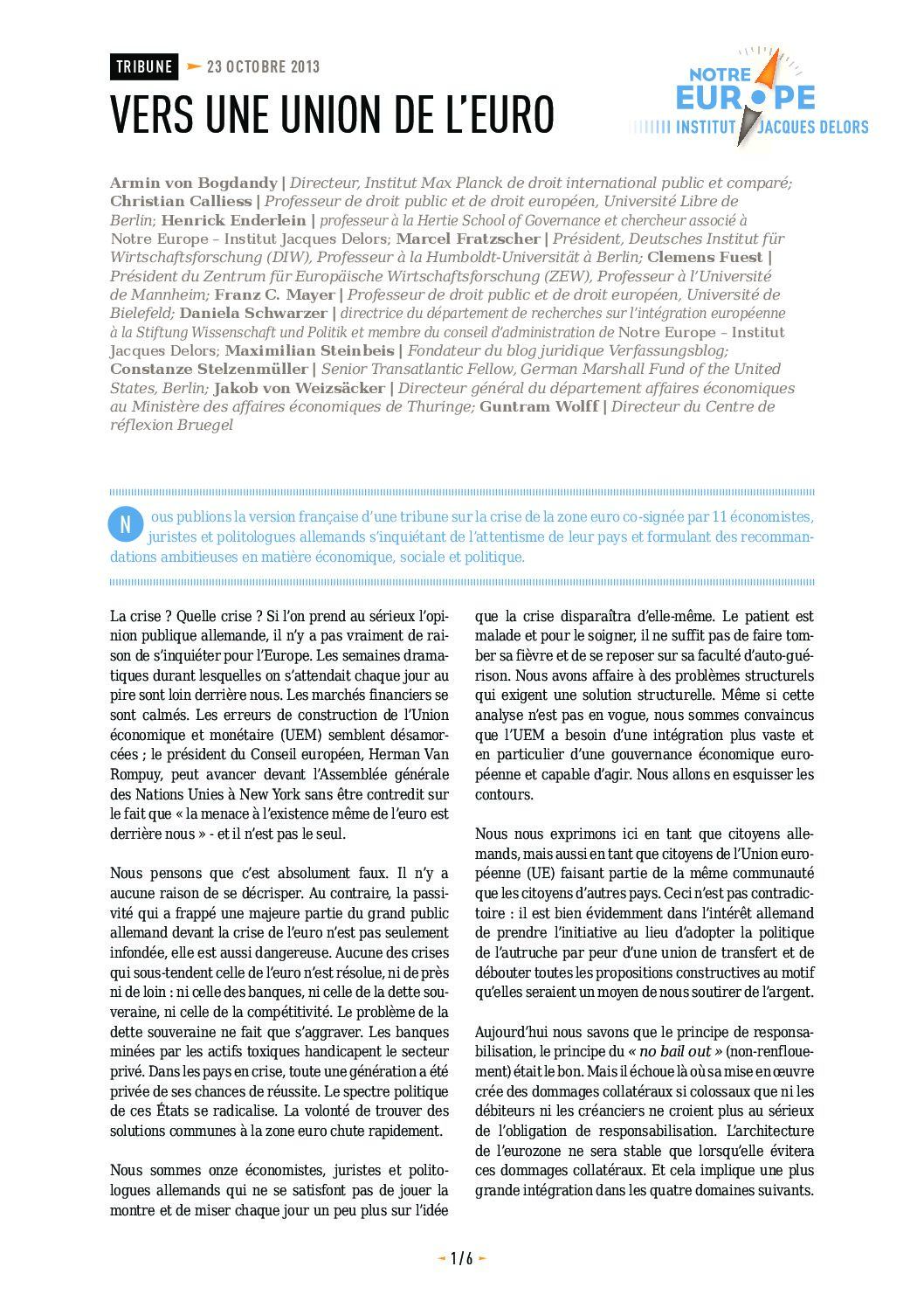 We publish the French version of an Op.Ed on the eurozone crisis
co-signed by 11 German experts gathered into the Glienicker Group, who are worried about the wait-and see policy of
their country and calling for ambitious changes at the economic, social
and political levels.

These 11 economists, jurists and political scientists are :

This Tribune is the French version of an Op.ed published in German by the SWP and in English by Bruegel.

A Guide to the German federal election