Text published in French in Le Monde on 9th February 2022. 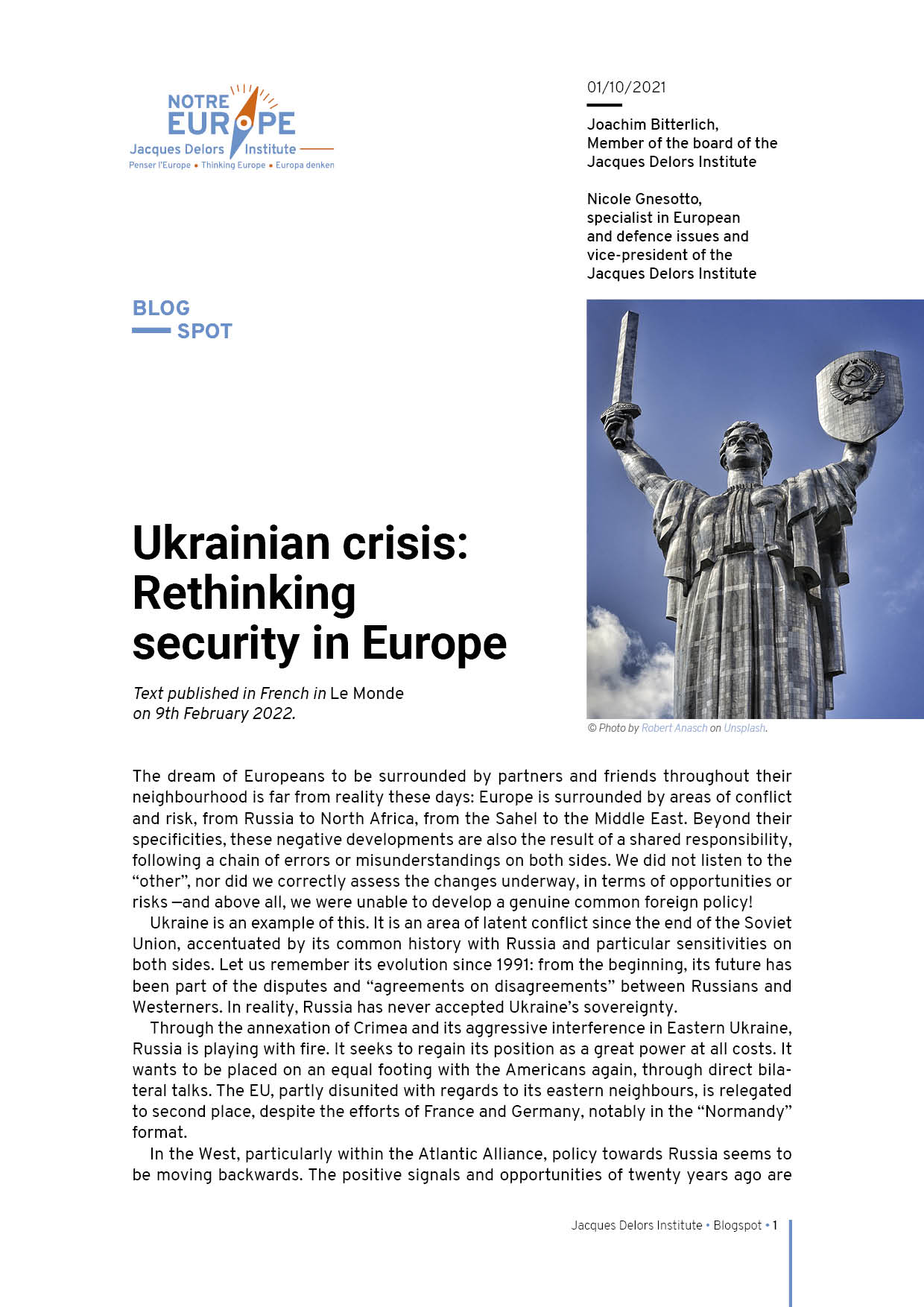 The dream of Europeans to be surrounded by partners and friends throughout their neighbourhood is far from reality these days: Europe is surrounded by areas of conflict and risk, from Russia to North Africa, from the Sahel to the Middle East. Beyond their specificities, these negative developments are also the result of a shared responsibility, following a chain of errors or misunderstandings on both sides. We did not listen to the “other”, nor did we correctly assess the changes underway, in terms of opportunities or risks —and above all, we were unable to develop a genuine common foreign policy!

Ukraine is an example of this. It is an area of latent conflict since the end of the Soviet Union, accentuated by its common history with Russia and particular sensitivities on both sides. Let us remember its evolution since 1991: from the beginning, its future has been part of the disputes and “agreements on disagreements” between Russians and Westerners. In reality, Russia has never accepted Ukraine’s sovereignty.
Through the annexation of Crimea and its aggressive interference in Eastern Ukraine, Russia is playing with fire. It seeks to regain its position as a great power at all costs. It wants to be placed on an equal footing with the Americans again, through direct bilateral talks. The EU, partly disunited with regards to its eastern neighbours, is relegated to second place, despite the efforts of France and Germany, notably in the “Normandy” format.

In the West, particularly within the Atlantic Alliance, policy towards Russia seems to be moving backwards. The positive signals and opportunities of twenty years ago are forgotten. It is the hubris of victory that reigns, the refusal to think of Russia as anything other than a losing enemy in history. The consequences are obvious: the risk of conflict is serious, even by accident and/or provocation.

However, the reflections on Ukraine by France and Germany at the end of the 1990s have not lost their relevance for a political solution to the conflict, which would be positive for Ukraine and for Europe. The country would form a bridge within this new Europe, between the “ex-West and the ex-East”, based on a guarantee of its territorial integrity from Russia, the United States, Poland, France and Germany, on Ukraine’s non-membership of the Atlantic Alliance, on a federal orientation in its internal structures, on a special status to be negotiated for Crimea, on an association with the European Union and the new economic organisation in the East, as well as on a review clause after 25 years.

Beyond that, we urgently need to get our act together and return to a different European software. We do not need to reinvent the wheel. We need to return to creative diplomacy, inspired by the promising debates of the 1990s, by establishing a permanent dialogue between all European nations, by proposing a new mode of crisis resolution. To be created: an European Security Council. To be relaunched: a collective commitment to arms control and disarmament. To reinvent: the whole forgotten pan-European agenda – from the CSCE, to the OSCE or the Charter of Paris –but this time in a serious way!

What would be the objective? A common European architecture that includes all the major issues of the Helsinki agreements: a pan-European market, a common energy market, cooperation on internal security, human rights, environmental protection, cultural cooperation, and a permanent security system for crisis prevention. Twenty years ago, we narrowly missed out on a comprehensive cooperation agreement between Russia and the European Union: the 1997 Cooperation and Partnership Agreement was not renewed. But the question remains.

For the Europeans, it goes without saying that their goal of a common European defence must be pursued. This is a major step forward in the political consolidation of the Union, which will have to include a general review of EU-US relations, including defence. This is a long-term vision, necessarily to be developed in stages, and could mean that the Alliances created 75 years ago will change in nature.

It is time for the European Union and Europeans to wake up and commit themselves courageously to dealing with the great challenges that remain to be solved on their soil. Ukraine is the first emergency, the other one must follow: the Balkans. • 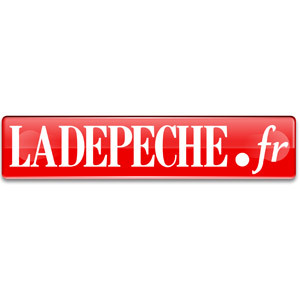