Achieving a european minimum wage? Clarifications on the issue

Sofia Fernandes, Senior research fellow at the Jacques Delors Institute, analyse what could be a European minimum wage as it is discussed in the european elections debates. 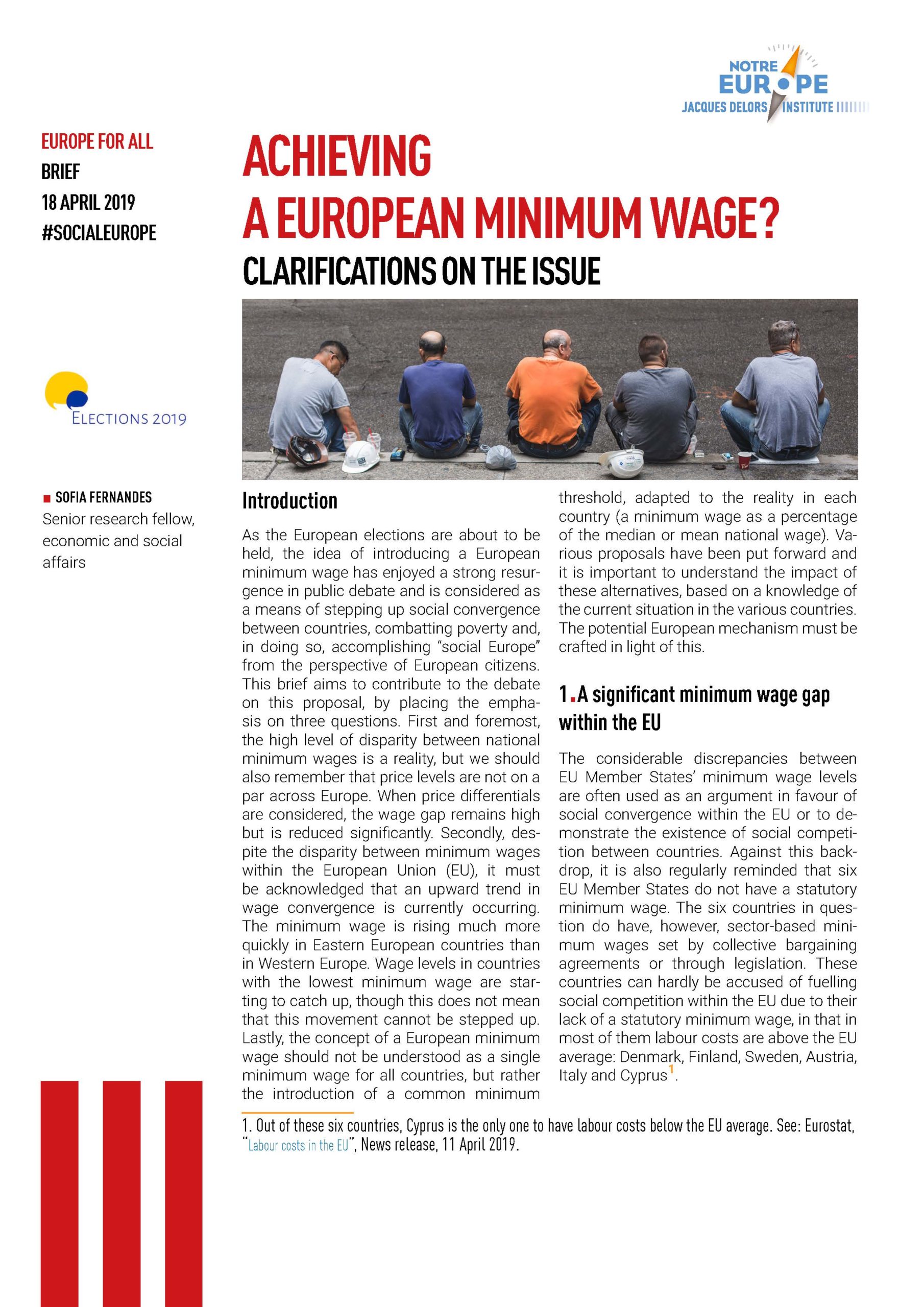 As the European elections are about to be held, the idea of introducing a European minimum wage has enjoyed a strong resurgence in public debate and is considered as a means of stepping up social convergence between countries, combatting poverty and, in doing so, accomplishing “social Europe” from the perspective of European citizens. This brief aims to contribute to the debate on this proposal, by placing the emphasis on three questions. First and foremost, the high level of disparity between national minimum wages is a reality, but we should also remember that price levels are not on a par across Europe. When price differentials are considered, the wage gap remains high but is reduced significantly. Secondly, despite the disparity between minimum wages within the European Union (EU), it must be acknowledged that an upward trend in wage convergence is currently occurring. The minimum wage is rising much more quickly in Eastern European countries than in Western Europe. Wage levels in countries with the lowest minimum wage are starting to catch up, though this does not mean that this movement cannot be stepped up. Lastly, the concept of a European minimum wage should not be understood as a single minimum wage for all countries, but rather the introduction of a common minimum threshold, adapted to the reality in each country (a minimum wage as a percentage of the median or mean national wage). Various proposals have been put forward and it is important to understand the impact of these alternatives, based on a knowledge of the current situation in the various countries. The potential European mechanism must be crafted in light of this.