Visas and Schengen Code: Towards a win-win cooperation between the EU and its neighbours?

This synthesis of the recent panel discussion that Notre Europe co-organised with the CERI and the Stefan Batory Foundation looks at the issues and prospects of the win-win cooperation that could be established between the EU and its neighbours as regards visas policies and Schengen rules. 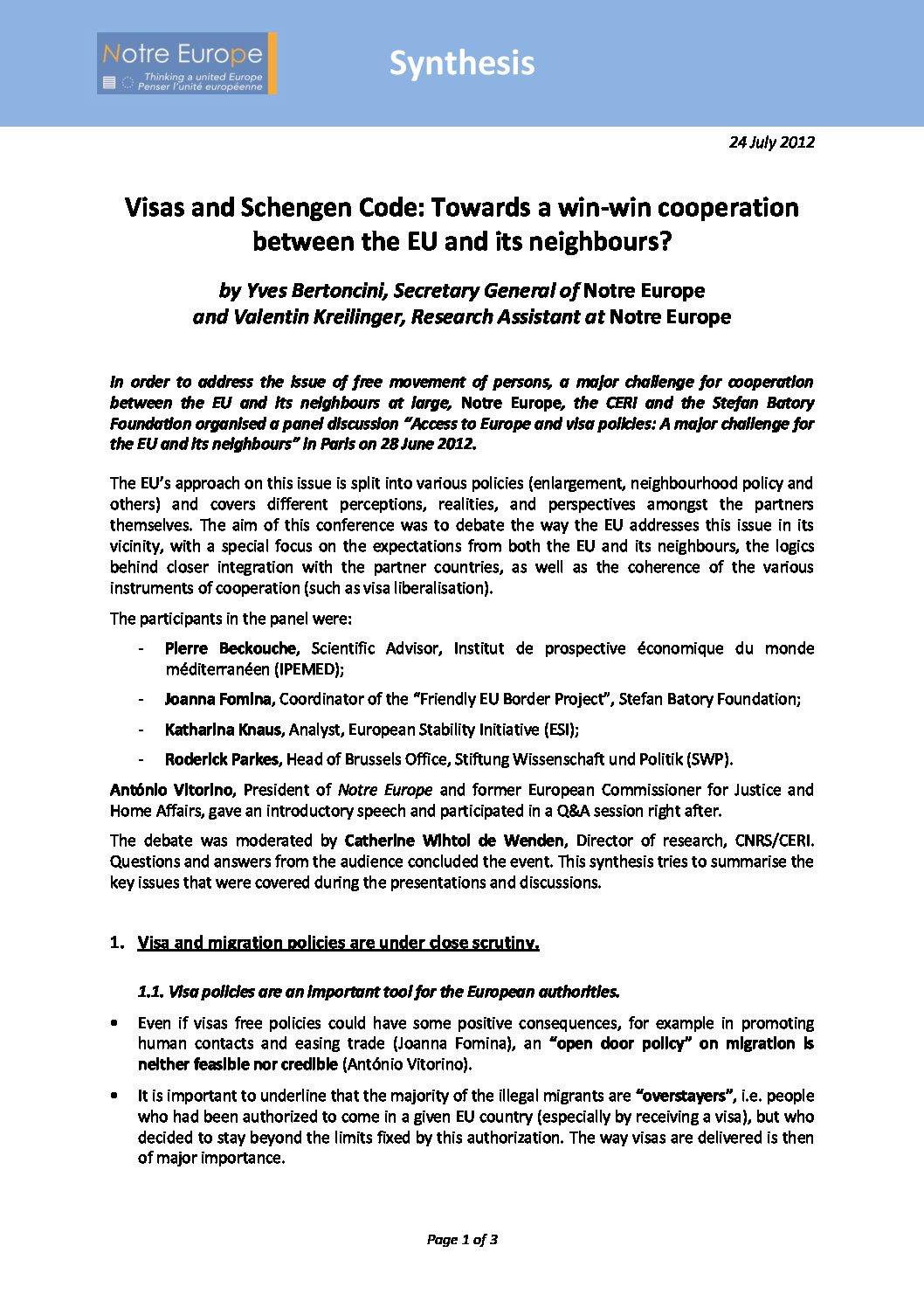 Notre Europe publishes the synthesis of the panel discussion “Access to Europe and visa policies: A major challenge for the EU and its neighbours” which was co-organised by Notre Europe, the CERI and the Stefan Batory Foundation in Paris on 28 June 2012.

António Vitorino, President of Notre Europe and former European Commissioner for Justice and Home Affairs, gave an introductory speech and participated in a Q&A session.

Written by Yves Bertoncini, Secretary General and Valentin Kreilinger, Research Assistant at Notre Europe, this synthesis aims to summarise the key issues that were covered during the discussions. Starting from the observation that visa policies must be under close scrutiny, the panel analysed the main challenges of European visa policies and made the case for a win-win cooperation between the EU and its neighbours.