Why we should believe in European defence

This Tribune is based on a keynote speech given by Élisabeth Guigou in the 5th edition of the “Ateliers de la Citadelle”, devoted ton European defence, which took place in Lille on 9 October 2014. 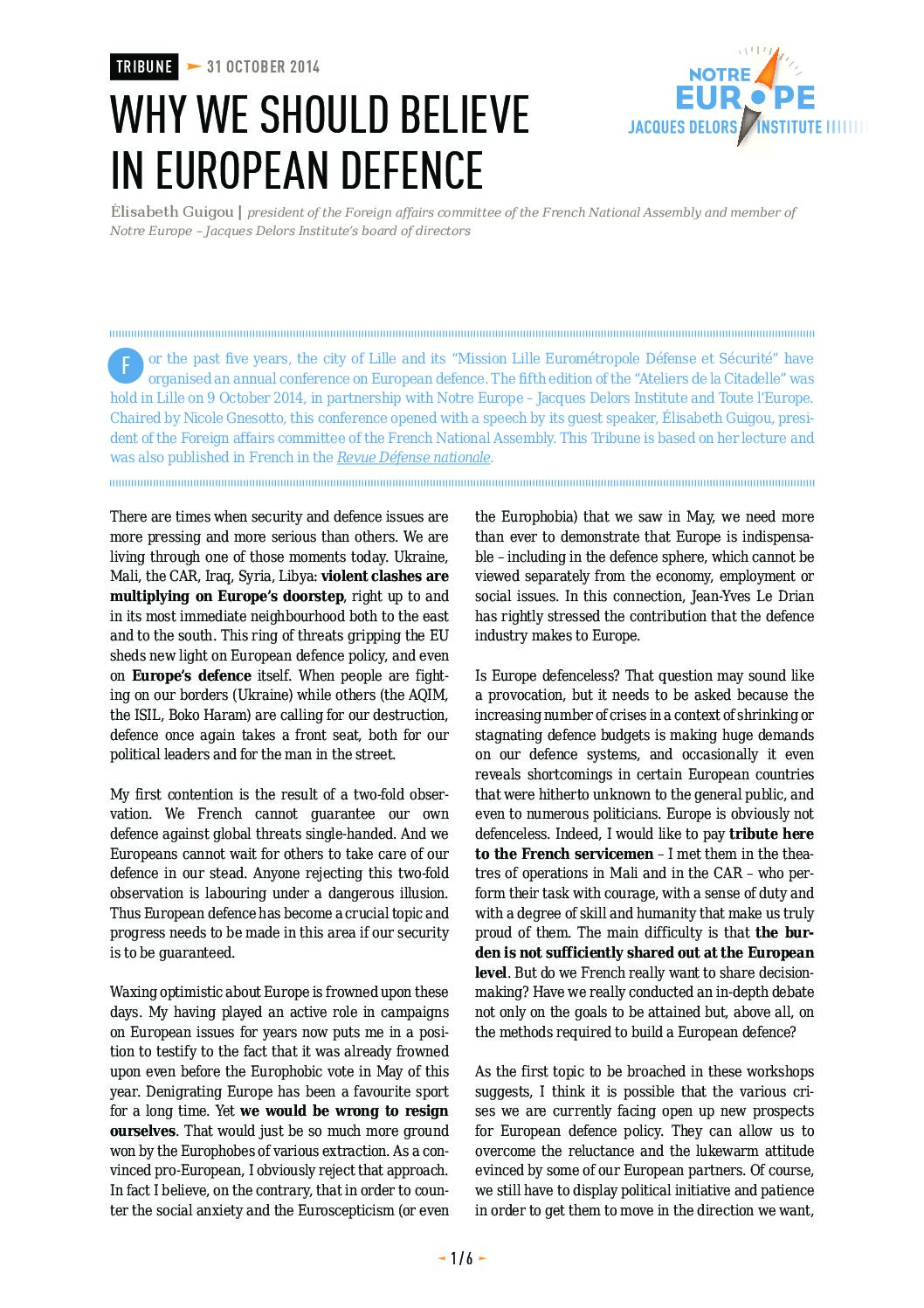 Guest speaker of the 5th edition of the “Ateliers de la Citadelle”, entitled “Europe without defence? Crises and Perspectives for the Common Security and Defence Policy”, organised by the City of Lille and the Mission Lille Eurométropole défense et sécurité (LEDS) in partnership for the first time with Notre Europe – Jacques DelorsInstitute and Toute l’Europe, on 9 October 2014, Elisabeth Guigou, president of the Foreign affairs committee at the French National Assembly, calls the member states to engage in the European defence.

Her speech scrutinises:
1. the current alarmist framework calling Europeans to take their responsabilities,
2. fifty years on the roller coaster of the European defence,
3. promising initiatives taken since the European Council of December 2013,
4. an increasing European awareness of security challenges provoked by the crisis, to finally conclude by advocating that the European credibility will more than ever rely on the member states’ capacity to be serious in matters of defence.

This Tribune is also pubished in French in the magazine “Défense nationale”.