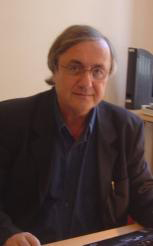 Daniel Boy is a Senior Researcher at the Centre for Political
Research at Sciences Po (CEVIPOF). He has two primary research and
teaching specializations in political science: Analysis of Green movements in Europe (electoral behaviour of the general public, survey of Green party membership, etc.).

Public attitudes towards science and technology: design, launching
and data analysis of representative surveys on French public attitudes
towards science and technology. Dr Boy was a member of the European team
of researchers working on the project Biotechnology and the Public
(1994-2002), which included designing Eurobarometer surveys of public
attitudes in 1993, 1996, 1999, and 2002.