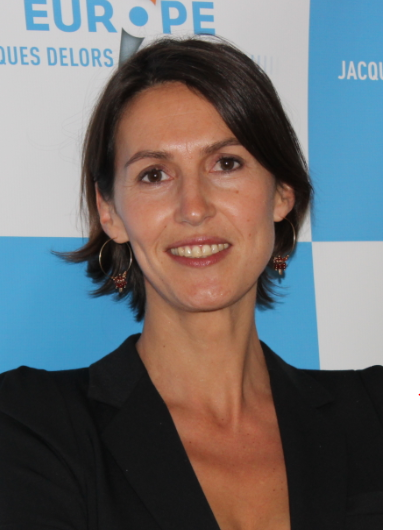 Elvire Fabry is Senior Research Fellow at the Jacques Delors Institute, in charge of trade policy, EU in globalisation and Brexit.

She is member of :

– Board of CEPII, leading French center for research and expertise on the world economy,
– Policy Advisory Committee of the German Marshall Fund of the United States (GMF) in Paris,
– Jean Monnet Network on Transatlantic Trade Politics,
– Scientific Council of Elcano Royal Institute,
– Editorial board of the journal Futuribles.

– Policy Advisory Committee of the European Movement – France.
Co-founder and member of the advisory committee of Proeuropa.

After being at the European Commission’s Forward Studies Unit (1995), she joined the prospective studies and foresight centre, Futuribles International. In 2003-2004 she was research fellow at the Fondation Robert Schuman. From 2005 until spring 2009 she was director of the European programme at the Fondation pour l’Innovation Politique. She joined the Jacques Delors Institute in 2009.

Elvire Fabry holds a PhD in political science from the IEP (Sciences-Po) Paris, and Master’s degrees in philosophy and international relations from the Panthéon Sorbonne – Paris I University. She has been an auditor (“Defense policy” 64th session) at the Institute of Higher National Defence Studies (IHEDN) in 2011-2012.

She is Colonel of the Citizens’ Reserve of the French Air Force.