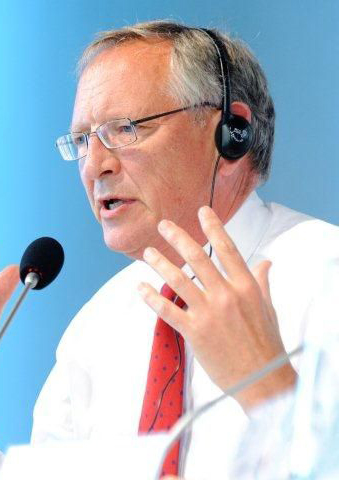 Nick Witney joined the ECFR first in Paris, now in London as a Senior Policy Fellow after serving as the first Chief Executive of the European Defence Agency in Brussels.

Nick was chosen by Javier Solana in January 2004 to lead the project team charged with developing the concept and blue-print for the Agency. Following the approval by the European Council of the team’s proposals in July 2004 (an achievement recognised by the European Voice in nominating Nick one of its 50 Europeans of the Year’), he was appointed to establish and run the Agency for its first 3 years.

Nick’s previous career, after reading Classics at Corpus Christi College, Oxford, was spent in British Government service, first with the Foreign and Commonwealth Office and later with the Ministry of Defence (MOD). As a diplomat he learned Arabic in Lebanon and Jordan, served in Baghdad, and spent 4 years as Private Secretary to the British Ambassador in Washington. With the MOD, his career covered a wide range of responsibilities: planning and finance; defence exports (the Al Yamamah programme with Saudi Arabia); nuclear policy; the defence estate (he ran the privatisation of the MOD’s married quarters housing stock); the new Labour Government’s 1998 Strategic Defence Review; the forward Equipment Programme; and defence industrial policy. His last job before Brussels was as the MOD’s Director-General of International Security Policy where he was responsible for NATO and EU policy as well as missile defence.

How can Europeans be considered seriously with lower hard security capacities?