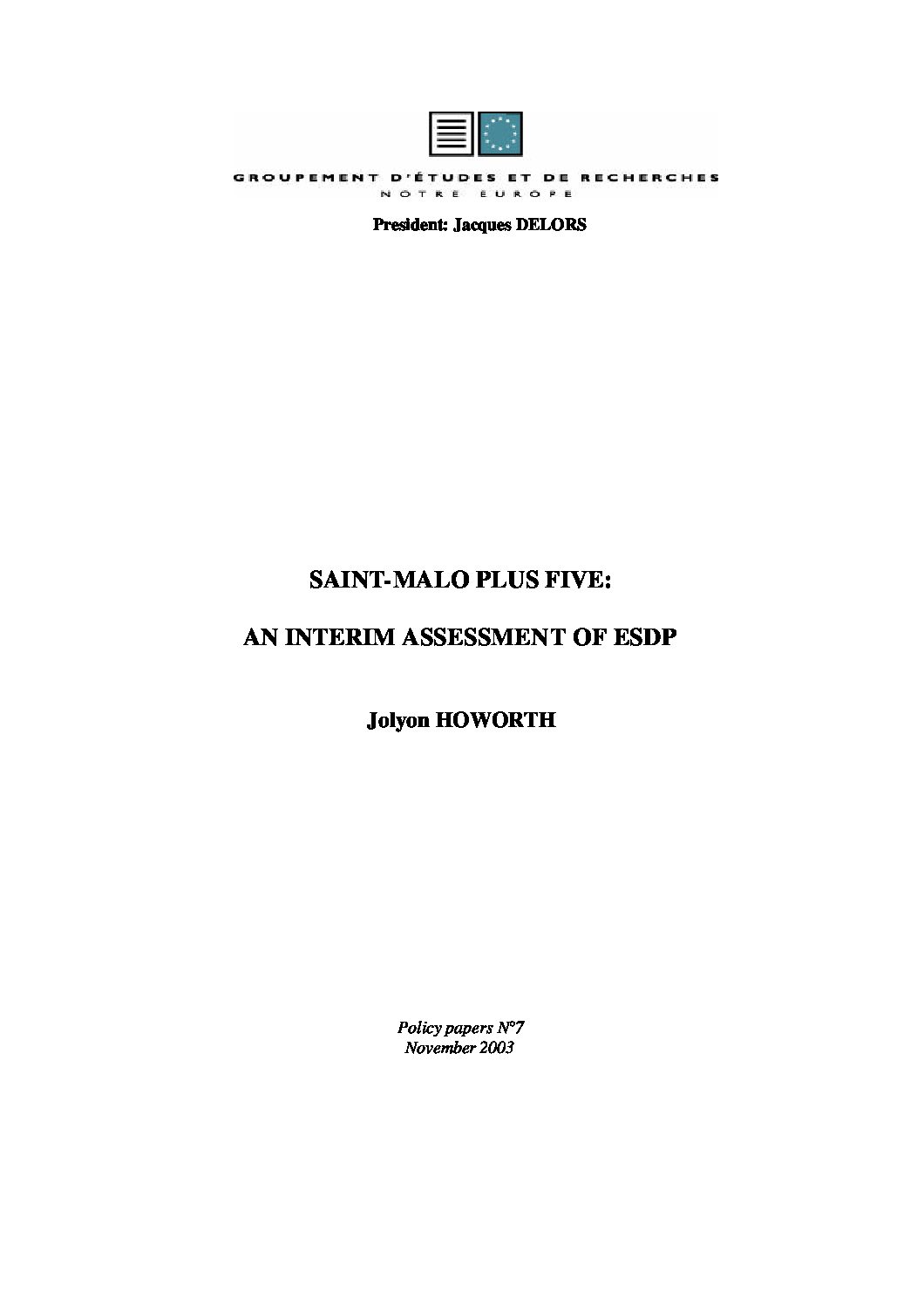 The European Security and Defence Policy (ESDP) process, launched five years ago at Saint-Malo, made significant steps forward in 2003 – despite the seriousness of EU divisions over Iraq. This progress will be accelerated as a result of the November 2003 agreement between France, the UK and Germany to harmonise their approaches to defence and security. The present report offers an interim assessment of the challenges faced and the cha llenges met by ESDP since 1998. It focuses on four main questions: