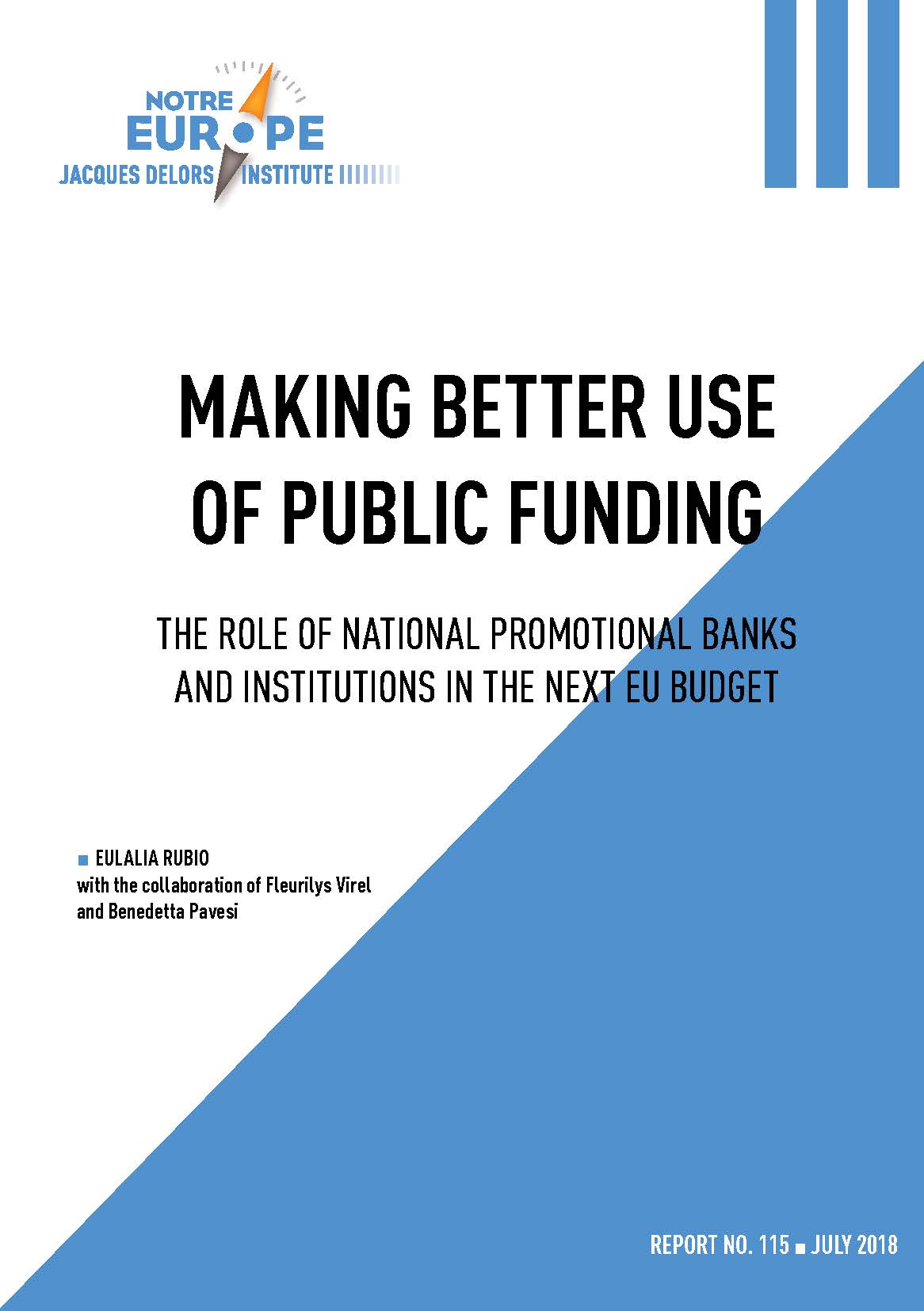 Strasbourg, 3 October 2018 – Presentation of the report “Making better use of public funding: The role of NPBIs in the next EU budget”

As discussions enter a critical phase around the next MFF and considering the greater role financial instruments will be expected to play in fulfilling the objectives of the Union, assessing their appropriation by key implementing partners such as the National Promotional Banks and Institutions (NPBIs) appears ever more important for the success of their rolling-out. A fact illustrated by the current Juncker Plan and which will prove ever more critical with its successor, the upcoming InvestEU fund.

In this context, Eulalia Rubio, senior research fellow at the Jacques Delors Institute, is the author of the report which explores NPBIs’ experience in the roll-out and implementation of EU market-based instruments with a strong perspective in the current proposals for the next MFF and notably the architecture of the InvestEU Fund.

You can read the report “Making better use of public funding: The role of NPBIs in the next EU budget” and Eulalia Rubio’s last Policy Brief : “InvestEU Fund: A Rebranded Juncker Fund” (September 2018).