On the basis of a common effort undertaken by think-tanks across the EU, this Synthesis by Valentin Kreilinger highlights the main findings of the research undertaken in 20 countries to analyse 15 key votes in the 2009-2014 European Parliament. 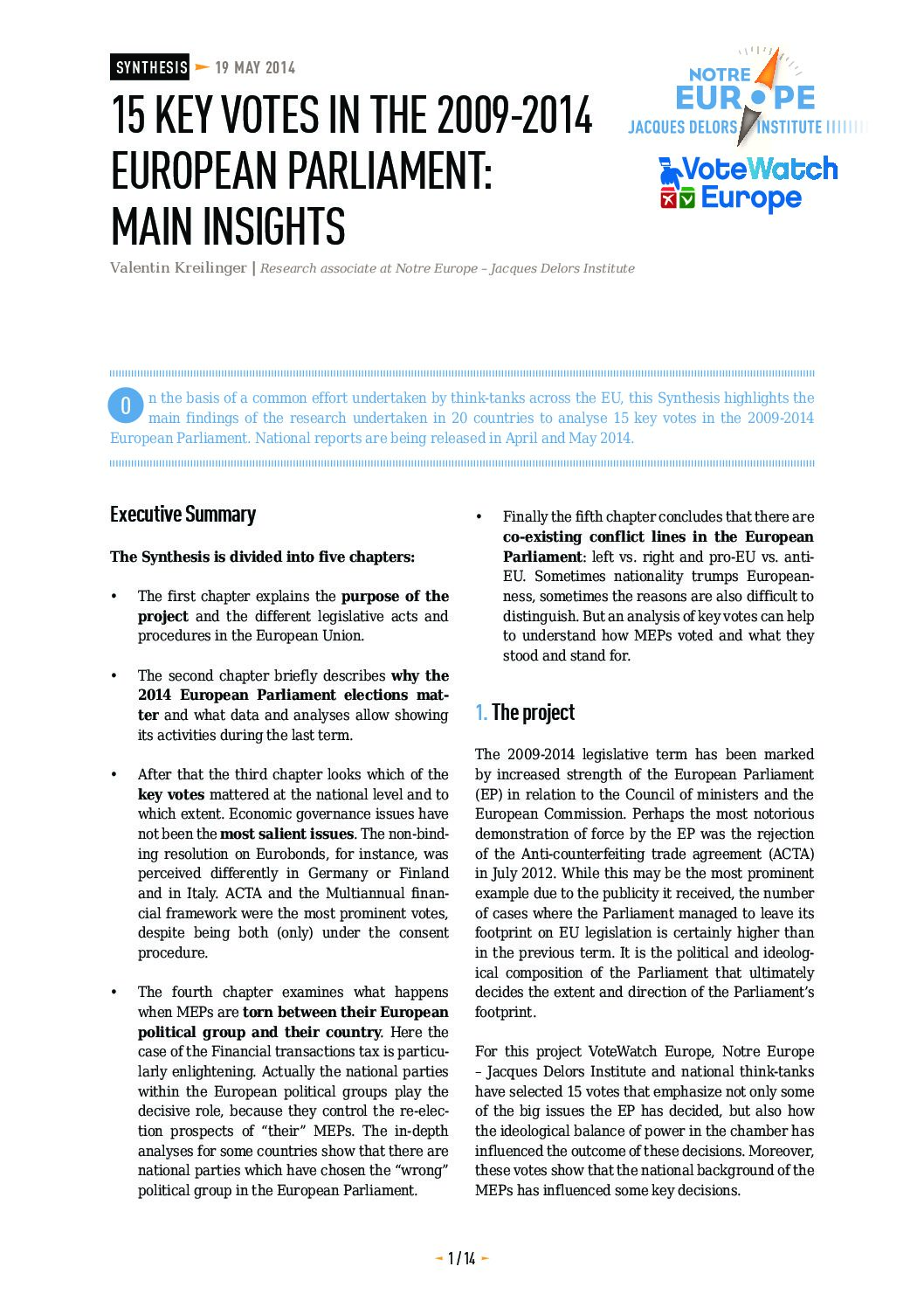 On the basis of a common effort undertaken by think-tanks across the EU, this Synthesis by Valentin Kreilinger highlights the main findings of the research undertaken in 20 countries to analyse 15 key votes in the 2009-2014 European Parliament.

The Synthesis is divided into five chapters:

– The first chapter explains the purpose of the project and the different legislative acts and procedures in the European Union.

– The second chapter briefly describes why the 2014 European Parliament elections matter and what data and analyses allow showing its activities during the last term.

– After that the third chapter looks which of the key votes mattered at the national level and to which extent. Economic governance issues have not been the most salient issues. The non-binding resolution on Eurobonds, for instance, was perceived differently in Germany or Finland and in Italy. ACTA and the Multiannual financial framework were the most prominent votes, despite being both (only) under the consent procedure.

– Finally the fifth chapter concludes that there are co-existing conflict lines in the European Parliament: left vs. right and pro-EU vs. anti-EU. Sometimes nationality trumps European-ness, sometimes the reasons are also difficult to distinguish. But an analysis of key votes can help to understand how MEPs voted and what they stood and stand for.

A presentation of the project “European Parliament votes that shaped EU and national politics 2009-2014” initiated by Notre Europe – Jacques Delors Institute and VoteWatch Europe and national reports are available here.