25 years after the Delors Report: what lessons for economic and monetary union?

This Policy Paper by Henrik Enderlein and Eulalia Rubio comes back on the lessons to be learnt from the confrontation between the Delors’ Report on the EMU and the Maastricht treaty, and assessing both in the light of current debates on EMU governance. 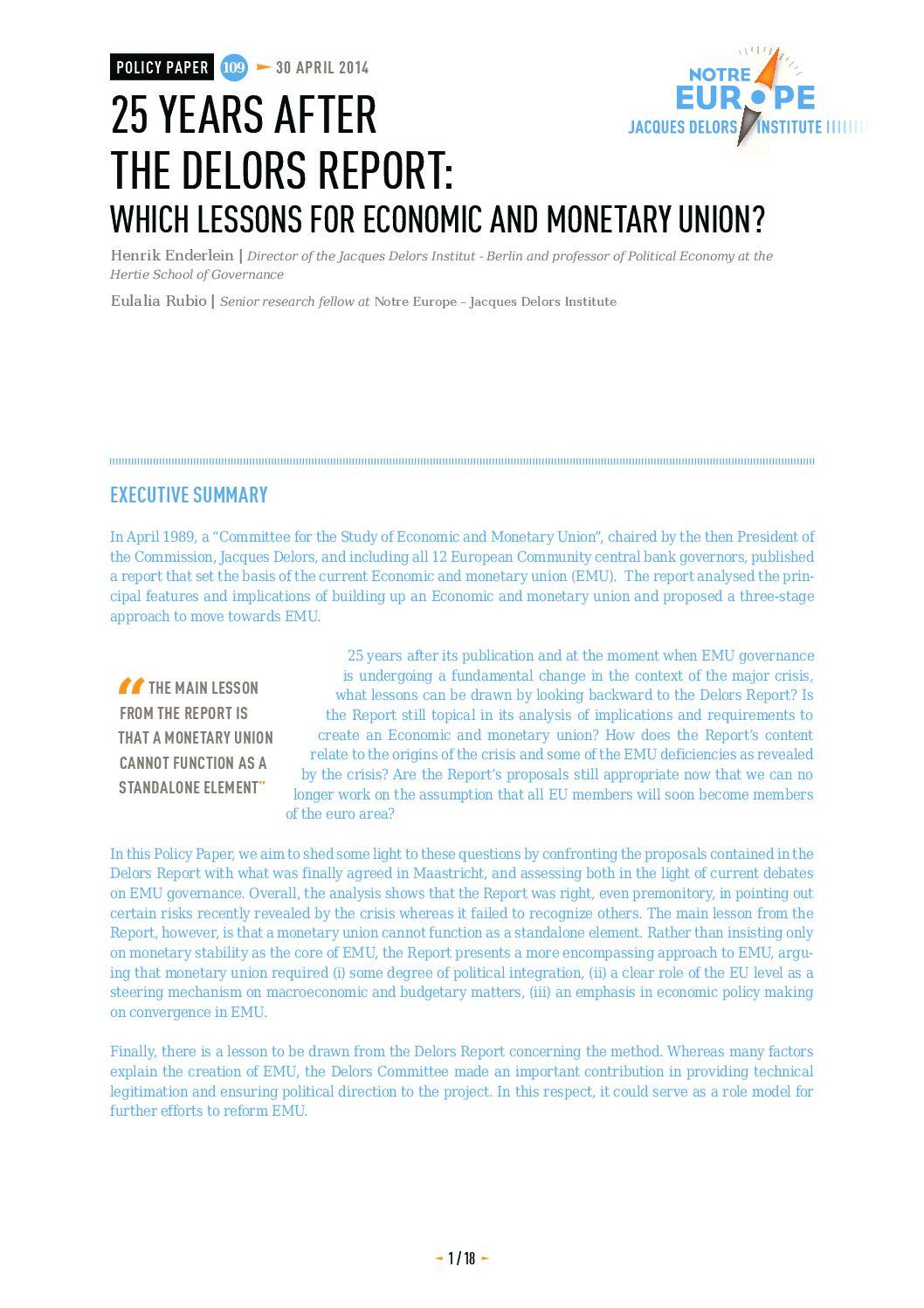 25 years after its publication, what lessons can be drawn by looking backward to the Delors Report?

This policy paper by Henrik Enderlein and Eulalia Rubio aims to answer this question by confronting the proposals contained in the Delors Report with what was finally agreed in Maastricht, and assessing both in the light of current debates on EMU governance.

This Tribune is available also in German and French.