Brussels, 2 May 2012 – What Are the Risks of Small Steps in a Rapidly Changing World?

Synthesis of the debate with Yves Bertoncini, Secretary General of Notre Europe and Luuk Van Middelaar, political philosopher and historian, Member of the Cabinet of Herman Van Rompuy, to the Conference organised by the Madariaga Fondation on 2 May 2012 in Paris. 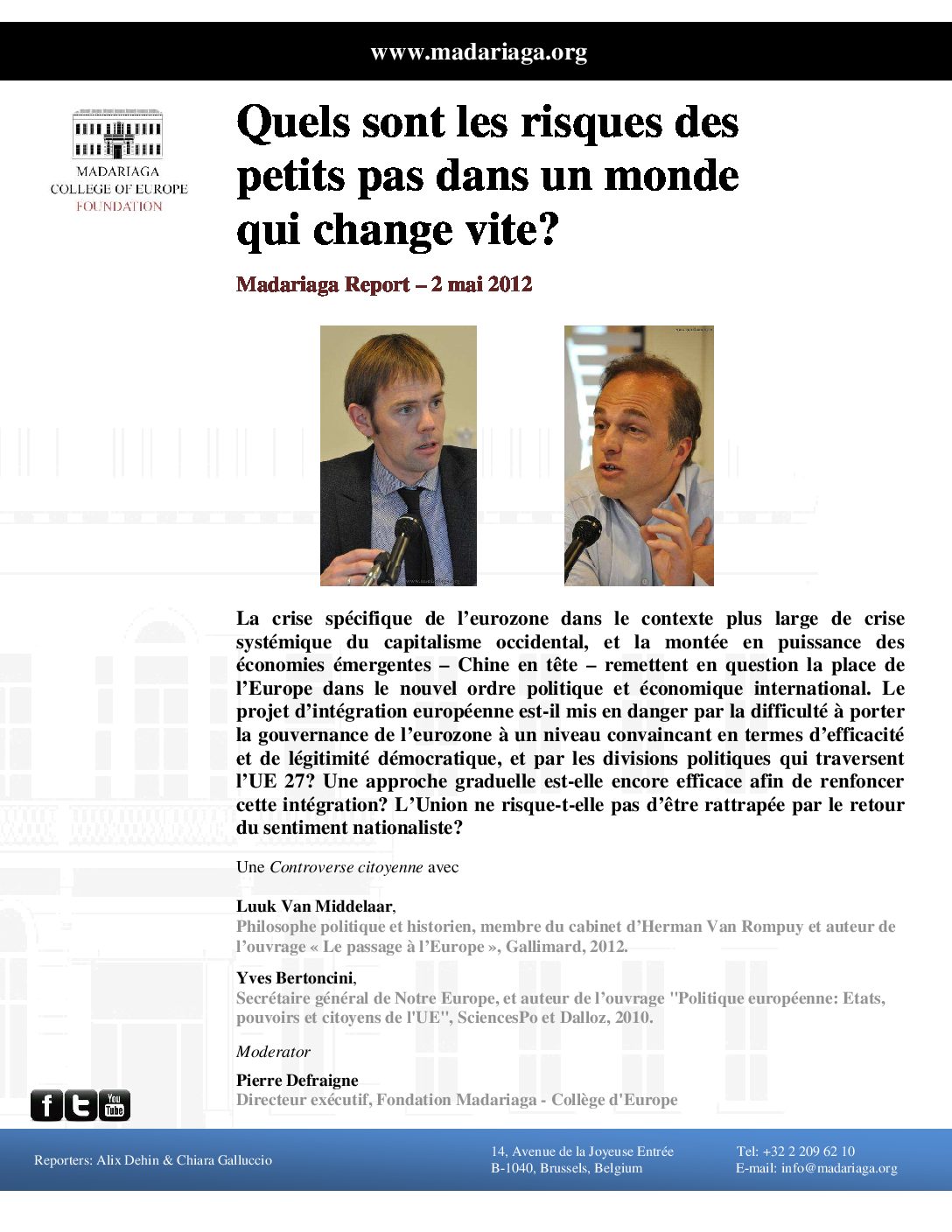 Synthesis of the debate with Yves Bertoncini, Secretary General of Notre Europe and Luuk Van Middelaar, political philosopher and historian, Member of the Cabinet of Herman Van Rompuy, to the Conference organised by the Madariaga Fondation on 2 May 2012 in Paris.

The specific crisis of the eurozone, in the broader context of the systemic crisis of Western capitalism, and the rise of emerging economies – particularly China – are questioning the role of Europe in the present international political and economic order. Is the European integration project endangered by the difficulty of bringing eurozone governance to a convincing level in terms of efficiency and of democratic legitimacy, and by political divisions that cross the EU27? Is a gradual approach still effective to strengthen European integration? May the Union be overtaken by the return of nationalism?

A Citizen’s Controversy with: