Budgetary discipline and macroeconomic policy in the European Union

Are the stability pact and the Lisbon strategy compatible? Seminar organised in Paris on 8 March 2003 by Notre Europe. 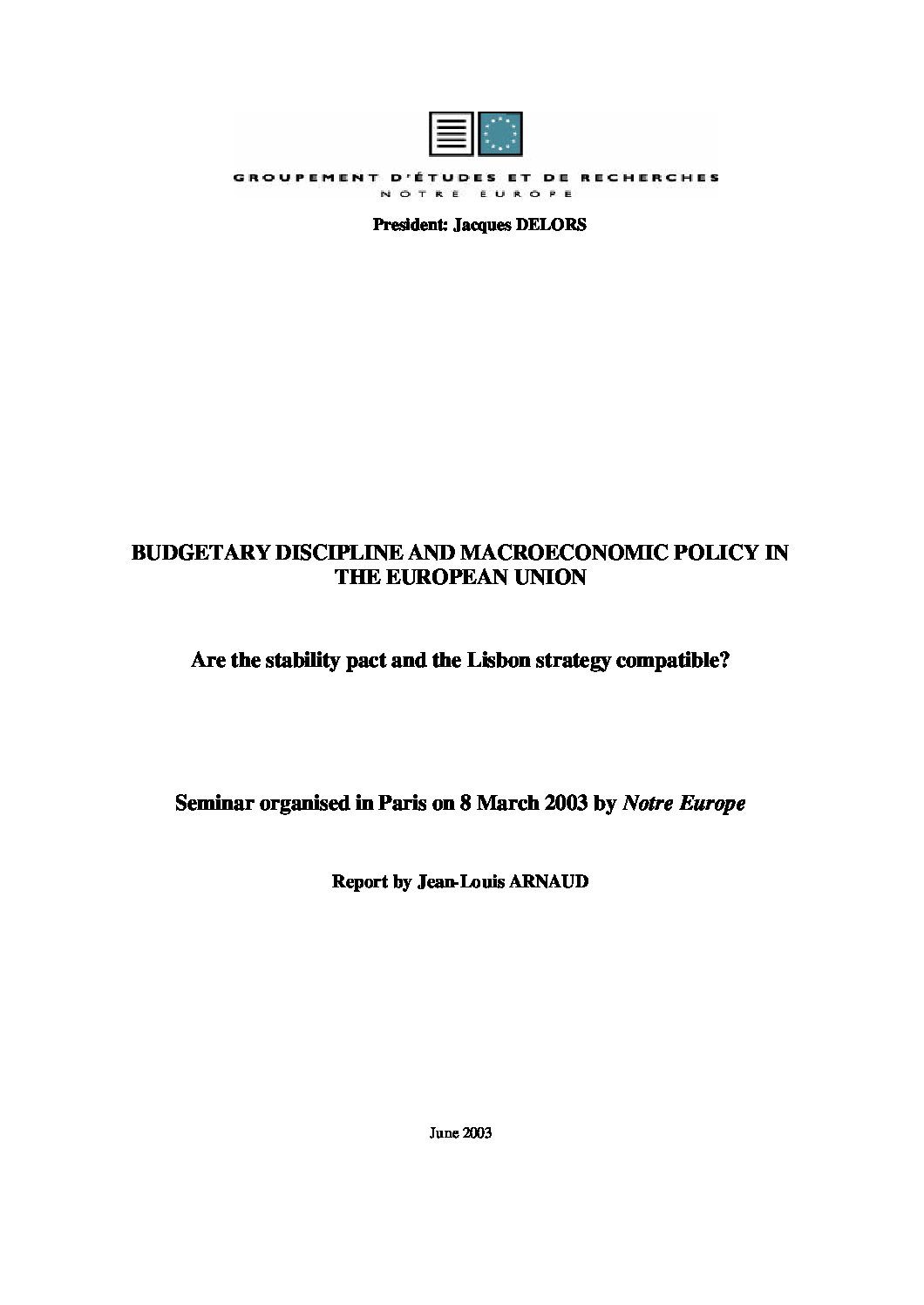 At the beginning of the year, many reasons led Notre Europe to consider that, within a constitutional framework, the time had come to reflect on the coherence between the Lisbon strategy signed by the heads of state and government in 2000 and the Stability and Growth Pact that aims at ensuring the stability of the European currency in the short run. This intuition led us to organise last March a seminar of experts on the issue.

The objective was to contribute to a debate about economic governance within an enlarged Europe that, to say the least, was developing slowly, a fact confirmed by the lack of progress made by the Convention on this matter. The most recent facts have confirmed our intuition: The rules of the stability and growth pact were deeply called into question by those that had imposed them, the same that still mention the insufficiency of economic growth, which at least has the merit of showing the hypocrisy of the “stability and growth pact”. Indeed, economic growth is the objective of the Lisbon strategy which, as I realised at the recent Congress of the European Trade Union Confederation, is starting to suffer from a lack of credibility due to the absence of mechanisms to put it in practice.

Therefore, between the stability and growth pact rules, that some qualified as “stupid”, and the demand for growth (which implies employment) that benefits from an indisputable legitimacy in the public opinion, is a new “democratic deficit” that would be very dangerous to play. If this risk was perceived during the seminar, it should be recognised that the possible answers remained rather vague, such as the assessment of the quality of spending or the issue of having the necessary financial resources to put in place the Lisbon strategy.

The clearest conclusion, as invoked by Robert Goebbels, is that we are missing the necessary instruments to lead us, in a credible way, to the prosperity to which citizens aspire. Like him, I think we do not need to reinvent something that works but to finish what was left unfinished: a pact of co-ordination of economic policies and a programme to ensure the financing of trans-European networks which was proposed ten years ago by the White Paper for Growth, Competitiveness and Employment that an enlarged Union will need now even more than before. We have, in a word, to get away from a certain “single thought” to renew with imagination.