EUROPEAN RECOVERY: HOW TO CONVERT THE TRY?
SOMETHING IS HAPPENING IN EUROPE

This Note is the second in a series of reflections of members of the “Observatoire politique du Parlement européen” of the Jacques Delors Institute. These reflections have been inspired by the current crisis.

.
BY PERVENCHE BERÈS
Member of the “Observatoire politique du Parlement européen” of the Jacques Delors Institute. She is also a former European deputy. 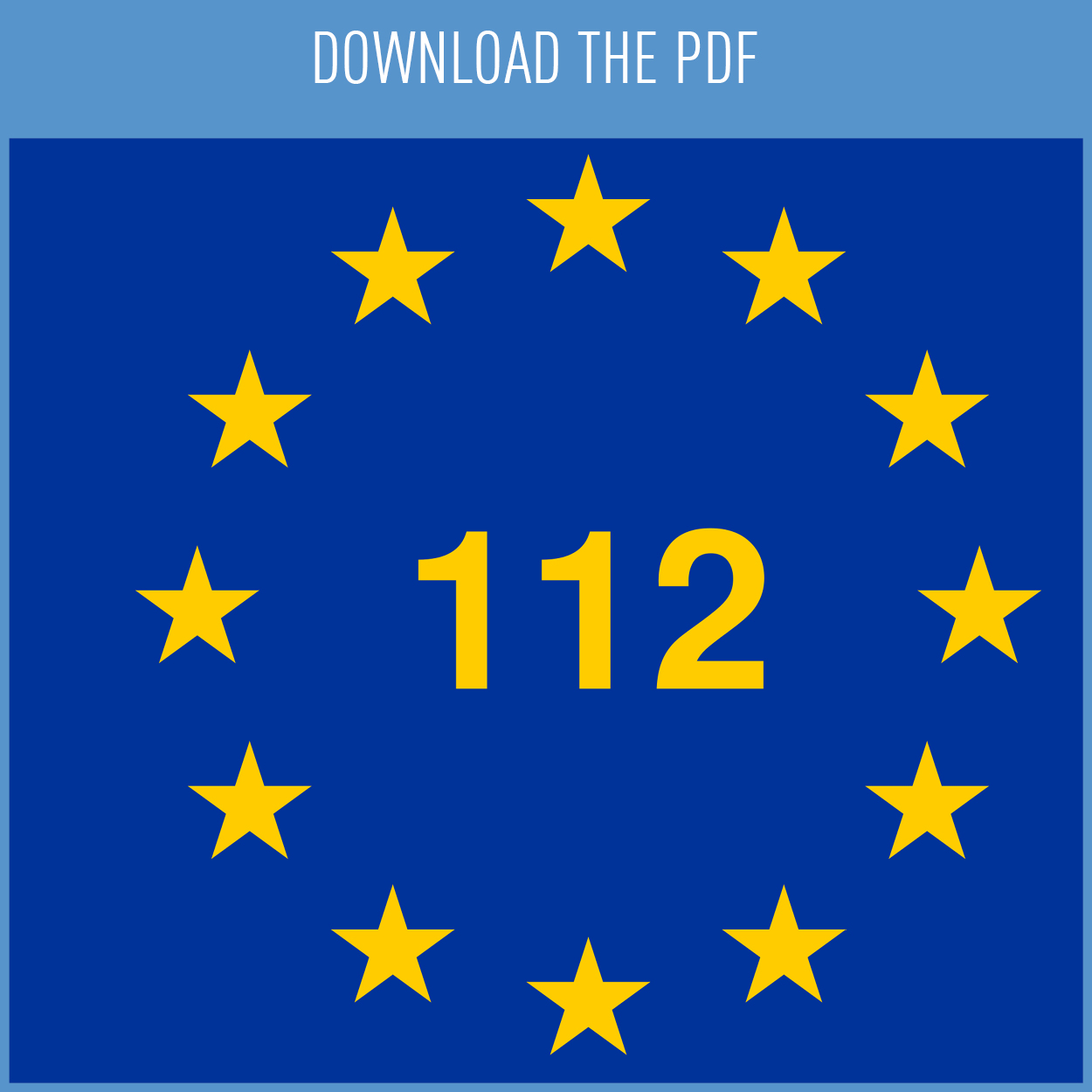 The COVID-19 crisis has reshuffled the deck. It caught both the Member States and the European Union (EU) unawares; they were not prepared to face such a crisis, which stunned them. They began by closing the borders as if the crisis respected them, blocking the internal market linked to products required to fight the disease and showing a certain condescension towards Italy, the first country directly hit. They then reacted by adopting a scattered response to the health emergency.

From a series of emergency responses to a significant leap

After having bobbed along for three weeks, during which we witnessed masks being stolen on airport tarmacs or the export of breathing equipment being banned, the EU gradually took the European measure of this crisis and of what was at stake for the Union. Since then, there has been a succession of initiatives at a steady pace.

Today, faced with the immense economic and social impact of the crisis, which is affecting all economies albeit in an unequal manner, the majority of European States seem ready to make a significant leap that could provide the EU with the means to demonstrate its effectiveness, including in instances of populism, the seedbed of division, which is developing in different forms in the opposite camps.

The stakes are momentous. In the face of a symmetrical crisis whose impact is asymmetrical from one Member State to another, its systemic effect could have a lasting impact on European economies, destabilise the euro and the internal market and exacerbate social inequalities. To put it another way, the question being asked is that of determining how to rearrange the European port so as to ensure safe shelter for all whereas everyone faced the same storm but on different vessels.

To counter this storm, there was first of all the action by the European Central Bank, just like in 2007 during the global financial crisis, with the launch of the Pandemic Emergency Purchase Program (PEPP) of €750 billion on 18 March 2020, in addition to the €300 billion from the Public Sector Purchase Programme (PSPP), to which some €600 billion would be added on 4 June. Almost one month later, during the European Council of 23 April 2020, a three-part rescue package worth €540 billion was adopted. Part one was for the sovereign and health with the possibility of using the European Stability Mechanism’s credit line facility for up to a total of €240 billion. The second element consisted of new lending capacity by the European Investment Bank for companies of up to

€200 billion, and the third was the creation of a temporary instrument to help protect jobs and workers, SURE (Support to mitigate Unemployment Risks in an Emergency), worth €100 billion.

To complement this, on 20 March the Commission proposed the temporary suspension of the Stability and Growth Pact, an initia- tive subsequently validated by the Council, and adopted a temporary framework for State aid to allow national governments to fully exploit the flexibility granted by the regulations. Half of this aid, to be examined by the European Commission, will be authorized to Germany, who injected the equivalent of 17% of its GDP to support its industries, as opposed to 3% in Spain and Italy and 2.2% in France.

This package responds to the emergency but it lacks a fundamental element to ensure the recovery of European economies. This is the observation underlying the initiative of nine States (Belgium, France, Greece, Ireland, Italy, Luxembourg, Portugal, Slovenia and Spain) who, in a joint letter of 25 March to Charles Michel, President of the European Council, requested the mutualisation of the new debt being incurred, with the creation of “Corona bonds”.

Before the European Council of 23 April, the Spanish government also presented a proposal for a €1.5 trillion fund financed by a perpetual debt entered in the EU budget.

While the Heads of State and Government agreed to put the question of this fund to the European Commission by asking it to integrate the fund into the next Multiannual Financial Framework (MFF 2021-2027), President Emmanuel Macron and Chancellor Angela Merkel did not wait to take a significant step. On 18 May they proposed a €500 billion recovery fund in grants, and not loans, with fairer taxation, the introduction of taxes on the digital economy and the implementation of a common tax base for corporation taxes. The plan comprises three other elements in favour of a health strategy, the acceleration of the ecological and digital transition and to “strengthening EU economic and industrial resilience and sovereignty of the EU, while generating new impetus for the single market”.

In the meantime, the German Constitutional Court of Karlsruhe in its decision of 5 May 2020 concerning a previous ECB programme to support the euro, gave the European monetary institution three months to demonstrate the proportionality of the measures taken and called into question the decisions of the Court of Justice of the European Union. To a certain extent, through no will of its own, the Constitutional Court would play the role that Margaret Thatcher had for the creation of the euro, by making it obvious to others what they did not want and what they had to do. It is in this way that on 13 May, Chancellor Angela Merkel argued before the Bundestag for more economic and political integration of the euro area, by citing Jacques Delors. As a backdrop, the deterioration of economic prospects and the risk of collapse of the internal market will have done the rest.

It is a real change of footing, representing an obvious success for arguments defended in France for a long time and made possible by a development in Berlin. On 23 May, the response from four of the five tight-fisted or frugal States (Austria, Denmark, Netherlands and Sweden), two of which are not members of the euro area, no longer daring to refuse all solidarity as at the start of the crisis, was to propose a recovery plan funded uniquely by loans.

The leap was proposed on 27 May. Ursula von der Leyen, on behalf of the Commission, did the sums excluding the MFF: a €750 billion plan over four years, with a joint loan of €500 billion in grants and €250 billion in loans. The plan entitled “Next generation EU”, is divided into three pillars, the first one will receive the majority of the funds to support Member States in terms of investment with due regard for the ongoing structural reforms and EU priorities (green, digital, health and social concerns) with the presentation of the “national recovery plans, based on the investment and reform priorities identified as part of the European Semester, in line with National Climate and Energy Plans, Just Transition Plans and Partnership Agreements and Operational Programmes under EU funds”.

The second pillar is about “kick-starting the EU economy by incentivising private investment” and the creation of a new Solvency Support Instrument for companies, entrusted to the European Investment Bank (EIB) and the third pillar concerns learning the les- sons of the crisis, in particular in terms of health.

The entire plan must be funded by a 30-year loan and an increase in own resources (CO2 emission rights, carbon border adjustment mechanism, own resources based on the operation of large companies, taxing the digital economy, taxes on single-use plastic).

In parallel, the Commission presented a revised MFF which decreased from €1.13 trillion in May 2018 to €1.1 trillion, closer to the February 2020 proposal of the European Council (€1.09 trillion) than that voted by the European Parliament amounting to €1.32 trillion.

Avenues to consolidate and continue the current impetus

Beyond the mind-boggling array of initiatives and figures, we should venture to make nine observations so that the plan on the table keeps its word:

In light of these avenues outlined, the recovery plan could not only transform European economies, by greatly supporting their tran- sitions, but also through its means of funding, transform the very relationship that Europeans have with their Union.

[1] “Regular meetings between the Presidents of the European Parliament, the Council and the Commission shall be convened, on the initiative of the Commission, under the budgetary procedures referred to in this Title. The Presidents shall take all the necessary steps to promote consultation and the reconciliation of the positions of the institutions over which they preside in order to facilitate the implementation of this Title.”

[2] 1. “Without prejudice to any other procedures provided for in the Treaties, the Council, on a proposal from the Commission, may decide, in a spirit of solidarity between Member States, upon the measures appropriate to the economic situation, in particular if severe difficulties arise in the supply of certain products, notably in the area of energy.”

2. “Where a Member State is in difficulties or is seriously threatened with severe difficulties caused by natural disasters or exceptional occurrences beyond its control, the Council, on a proposal from the Commission, may grant, under certain conditions, Union financial assistance to the Member State concerned. The President of the Council shall inform the European Parliament of the decision taken.”