Comments on the policy paper published by CEPS “A New Budget for the European Union?”

Contribution of Daniel Tarschys to the on-ling debate organised by Notre Europe on the CEPS policy brief “A new budget for the European Union?” by Alfonso Iozzo, Stefano Micossi and Maria Teresa Salvemini.. 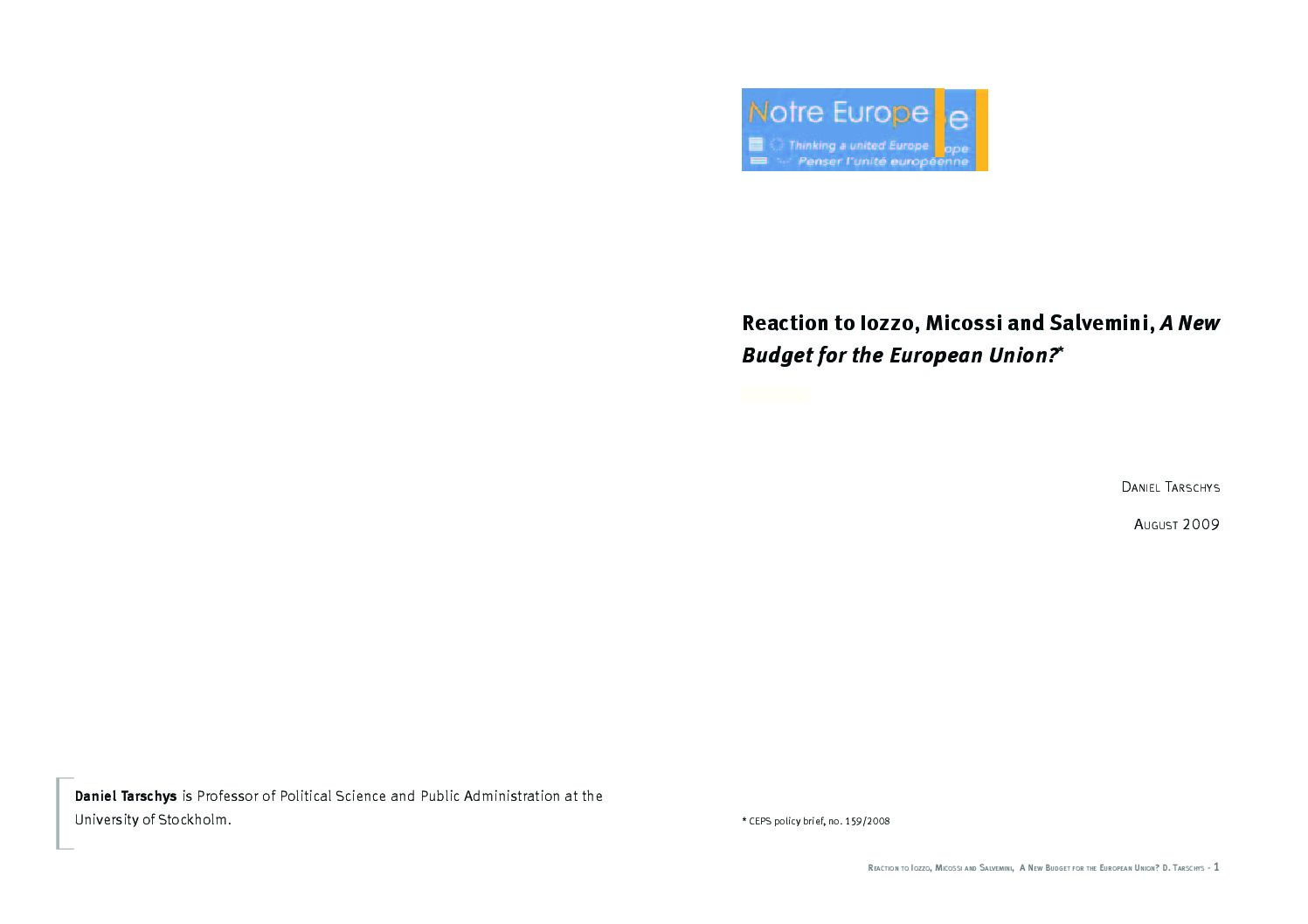 Contribution of Daniel Tarschys to the on-ling debate organised by Notre Europe on the CEPS policy brief “A new budget for the European Union?” by Alfonso Iozzo, Stefano Micossi and Maria Teresa Salvemini.

Categorising public expenditures is a slippery undertaking. At closer inspection even such time-honoured distinctions as that between investments and consumption turns out to be very blurred. No sooner has “infrastructure” been proclaimed to be an overriding political priority than you have a long line of prospective candidates lining up. Roads and power grids, fine, but what about health care, education and law enforcement? Is the social, educational and institutional infrastructure less important than the physical infrastructure? And can schools and hospitals be written off as mere consumption? Are not the services they provide also important forms of investment in the productive capacity of the future labour force? Or, in a more nuanced version of the same assertion, do we not have to look deeper into the various sectors of public spending to distinguish the purely consumption-oriented expenditures from those also having more or less significant investment components? (…)