As Cyprus is assuming the rotating presidency of the Council of the EU, Notre Europe publishes an appraisal of the current situation in the country and of the main challenges it has to face. Jean-François Drevet and Andreas Theophanous give their viewpoints on the main economic, political and strategic challenges and raise the issue of the island’ reunification. 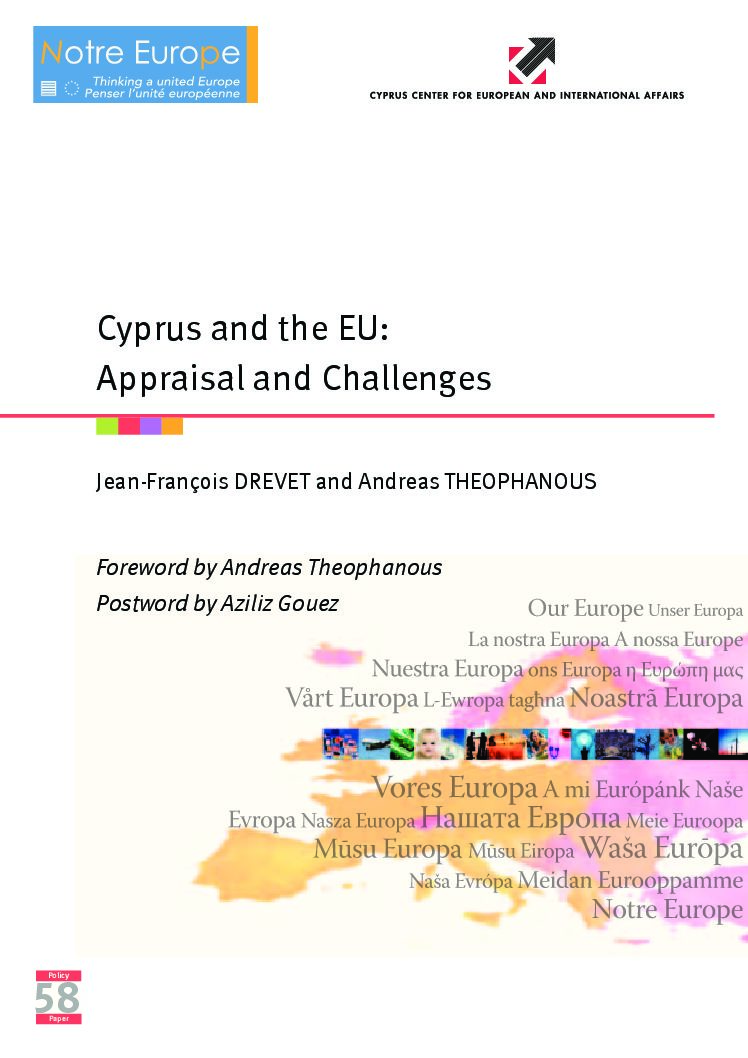 Since 1 July 2012, Cyprus is assuming the six-month rotating presidency of the Council of the EU for the first time since its accession to the EU in May 2004. It is a huge challenge for this country, severely hit by the financial and economic crisis affecting Greece and Europe and part of which is occupied by another country, itself candidate to enter the EU.

An interesting aspect of the Policy Paper is to confront an “external” and an “internal” viewpoint on the Cyprus issue. It contains two contributions by Jean-François Drevet and Andreas Theophanous giving an appraisal of the situation in Cyprus and presenting the main challenges the island has to face.

The contributions deal with the past, from the birth of the Republic of Cyprus to the accession to the EU taking into account both the economic and political aspects. They also review the main current strategic objectives, present the programme of the Cyprus Presidency of the Council of the EU and assess the feasibility of the reunification.

This Policy Paper is co-published with the Cyprus Center for European and International Affairs (CCEIA). It is available in English, French and Greek. 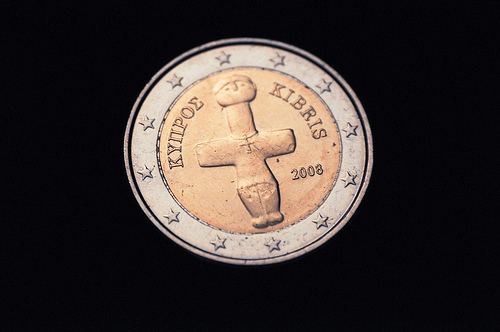 The way out of the Cyprus economic crisis