Differentiated Integration in one graphic 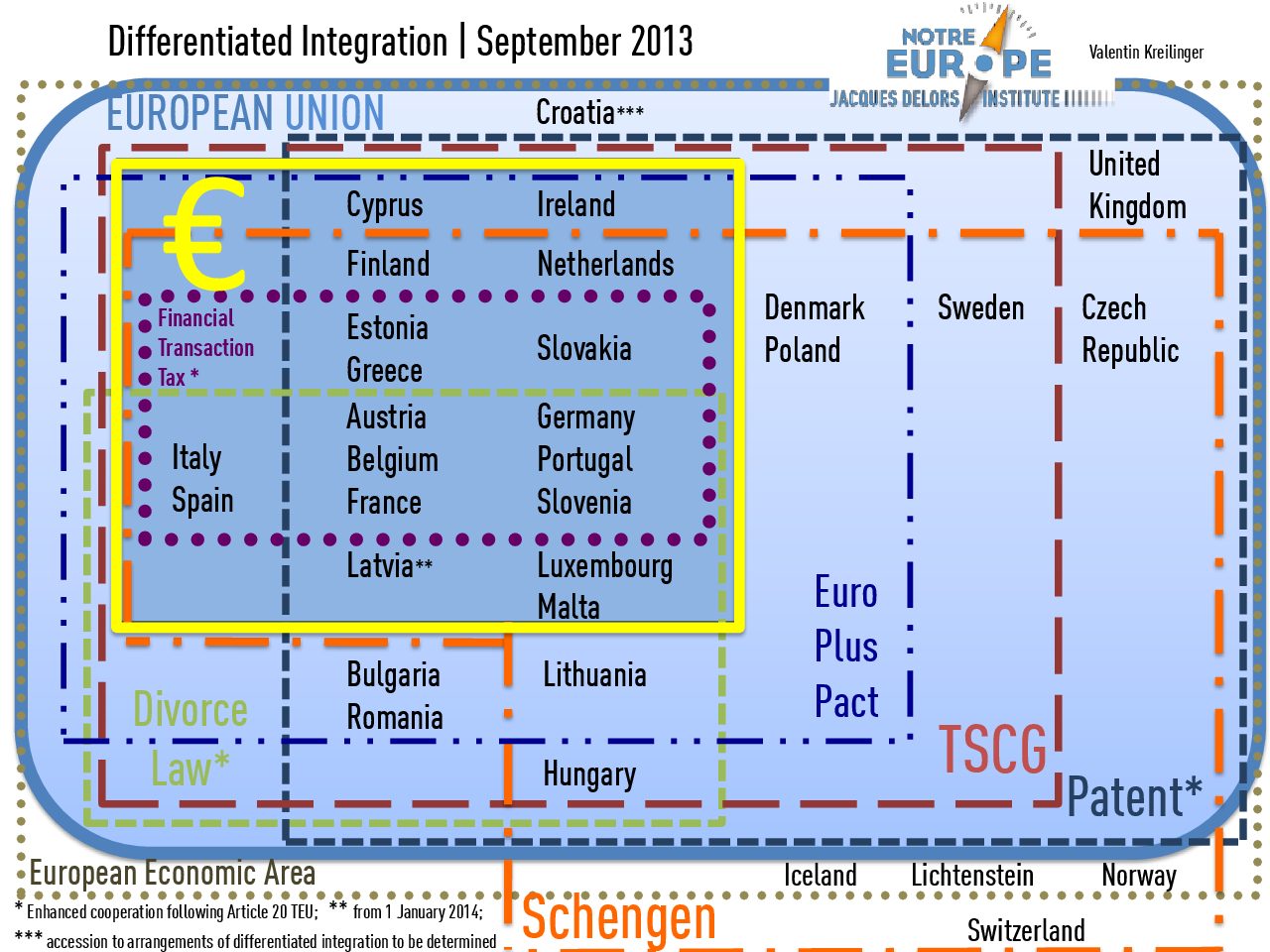 This graphic shows the state of Differentiated Integration in the European Union in September 2013. Notre Europe – Jacques Delors Institute Research Fellow Valentin Kreilinger shows which Member States participate in which arrangements.
The arrangements of Differentiated Integration analysed here are the European Economic Area, Schengen, the EU itself, the Member States whose currency is the euro (€), the Euro Plus Pact, the Treaty on Stability, Coordination and Governance in the EMU and the enhanced cooperations following Article 20 TEU: Patent, divorce and the Financial Transactions Tax.