Notre Europe offers you the synthesis of the panel discussion on the report of the Tommaso Padoa-Schioppa Group, which took place in Brussels on 9 July 2012. Preceded by an opening speech by António Vitorino, the debate counted with the presence of four members of the Padoa-Schioppa group (Henrik Enderlein, Jean Pisani-Ferry, Maria João Rodrigues and André Sapir) who exchanged with the audience on a variety of topics, such as the political handling of the crisis, the notion of banking union or the legal and institutional implications of an in-depth reform of the EMU. 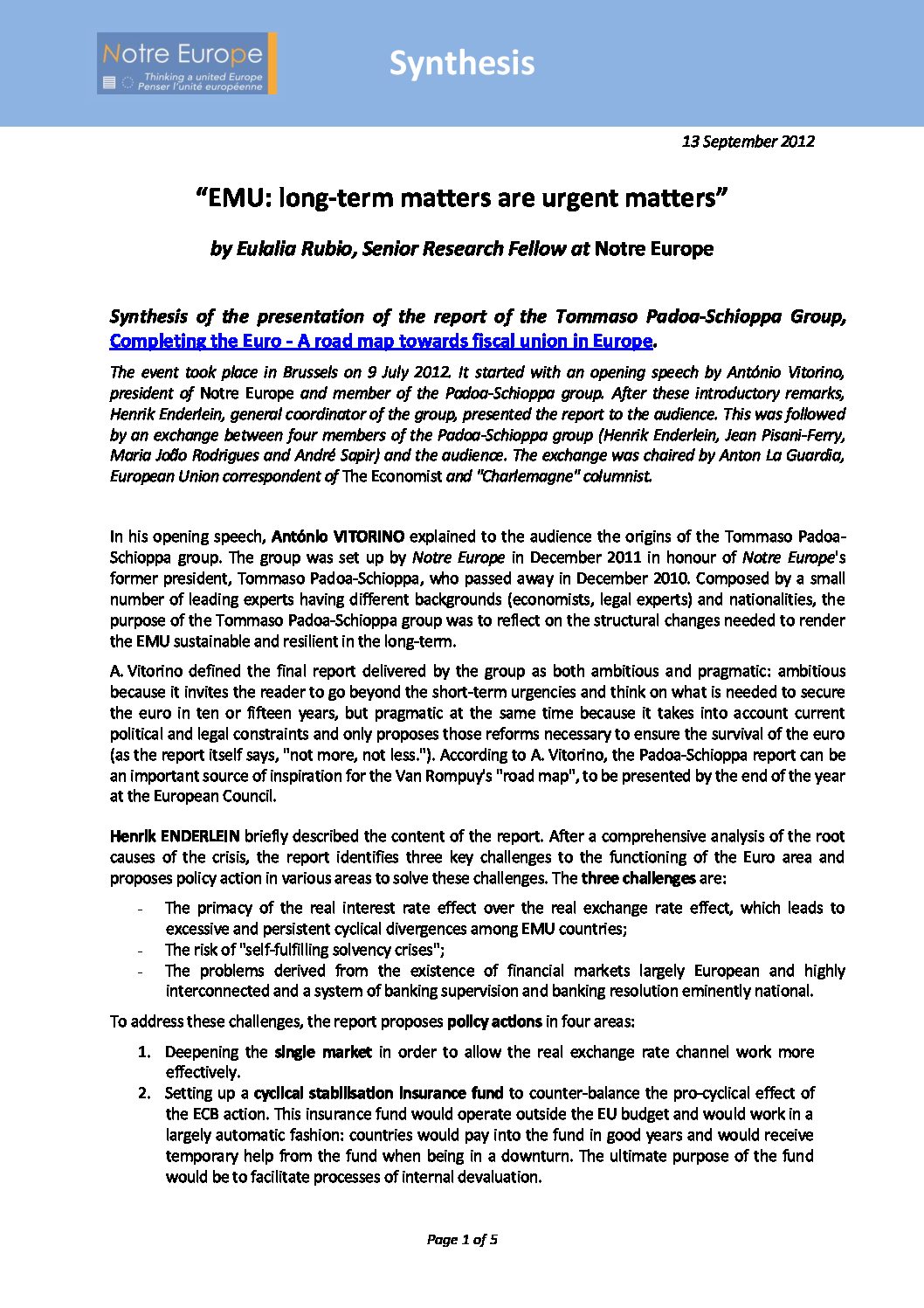 Notre Europe offers you the synthesis of the panel discussion on the report of the Tommaso Padoa-Schioppa Group (Completing the euro – Towards a fiscal union in Europe), which took place in Brussels on 9 July 2012.

After an opening speech by António Vitorino, president of Notre Europe and member of the Tommaso Padoa-Schioppa group, and a brief presentation of the report by Henrik Enderlein, coordinator of the group, four members of the Padoa-Schioppa group (Henrik Enderlein, Jean Pisani-Ferry, Maria João Rodrigues and André Sapir) exchanged with the audience on a variety of topics.

The discussions were about the political handling of the crisis, the way of addressing EMU heterogeneities, the notion of banking union, the role that the ECB should play in the response to the crisis, the technical specificities of the European Debt Agency proposed by the group or the legal and institutional implications of an in-depth reform of the EMU.