This synthesis by Virginie Timmerman deals with the key issues of the debate organised by Notre Europe – Jacques Delors Institute and the European Movement France on 25 March 2014 in Besançon, about democracy, euro and the EU. 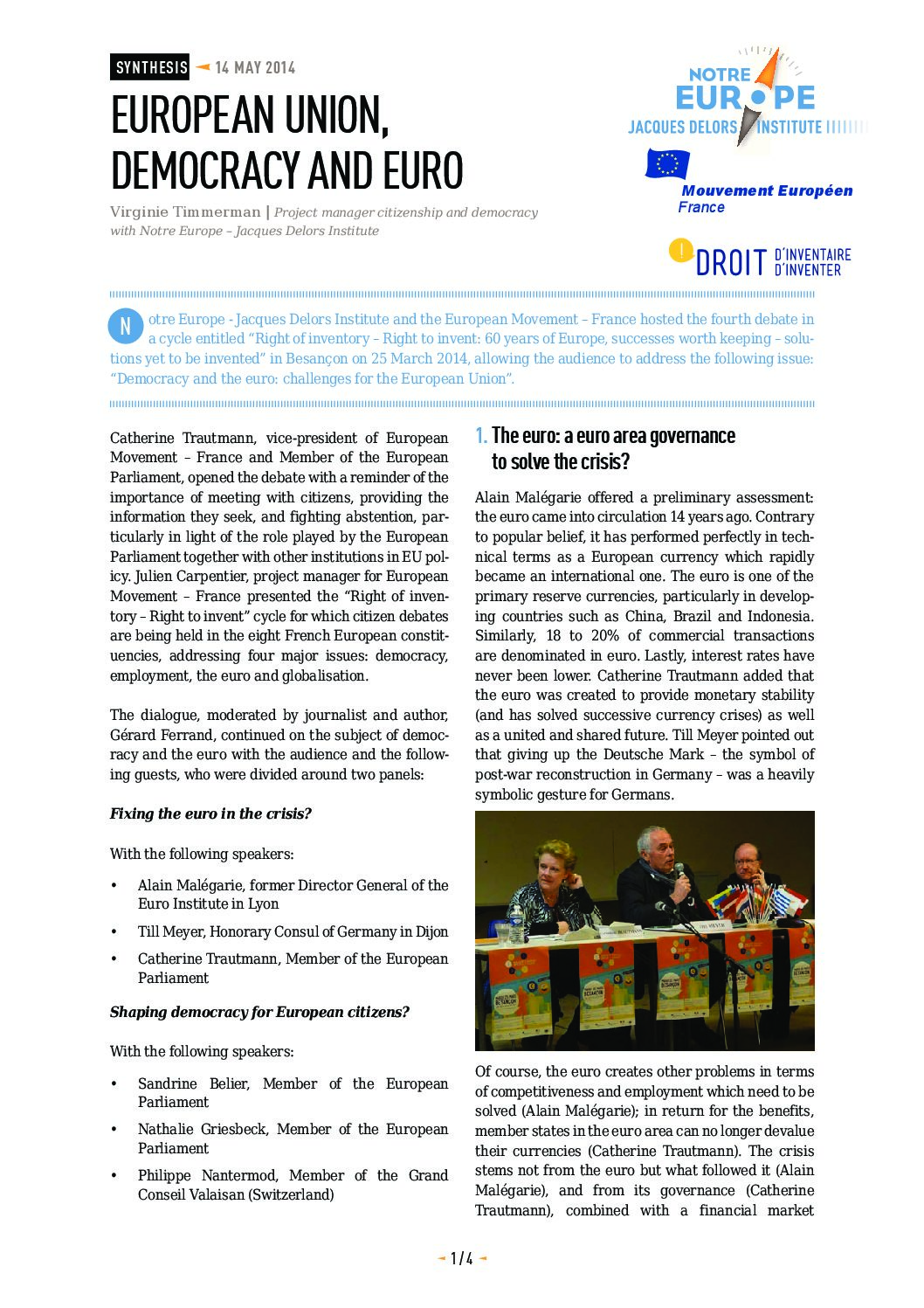 On 25 March 2014, 2 months before the European elections, Notre Europe – Jacques Delors Institute and the European Movement – France organised the fourth debate of their cycle “Droit d’inventaire – Droit d’inventer”, in Besançon in the euro-constituency East, on the themes democracy and euro.

Three major issues were pointed out:
1. The euro: a euro area governance to solve the crisis?

2. Democracy: what powers for the European Parliament?

3. Democracy: is Swiss democracy a model for the EU to follow?

On this occasion, citizens were able to share their questions and opinions with:
– Sandrine BELIER, Member of the European Parliament

– Till MEYER, Honorary Consul of Germany in Dijon