Eurozone and democracy(ies) : a misleading debate

The reflection on democracy in the eurozone is often established on inappropriate bases, then generating a misleading debate whose issues need to be clarified: it is the purpose of this policy paper by our director Yves Bertoncini. 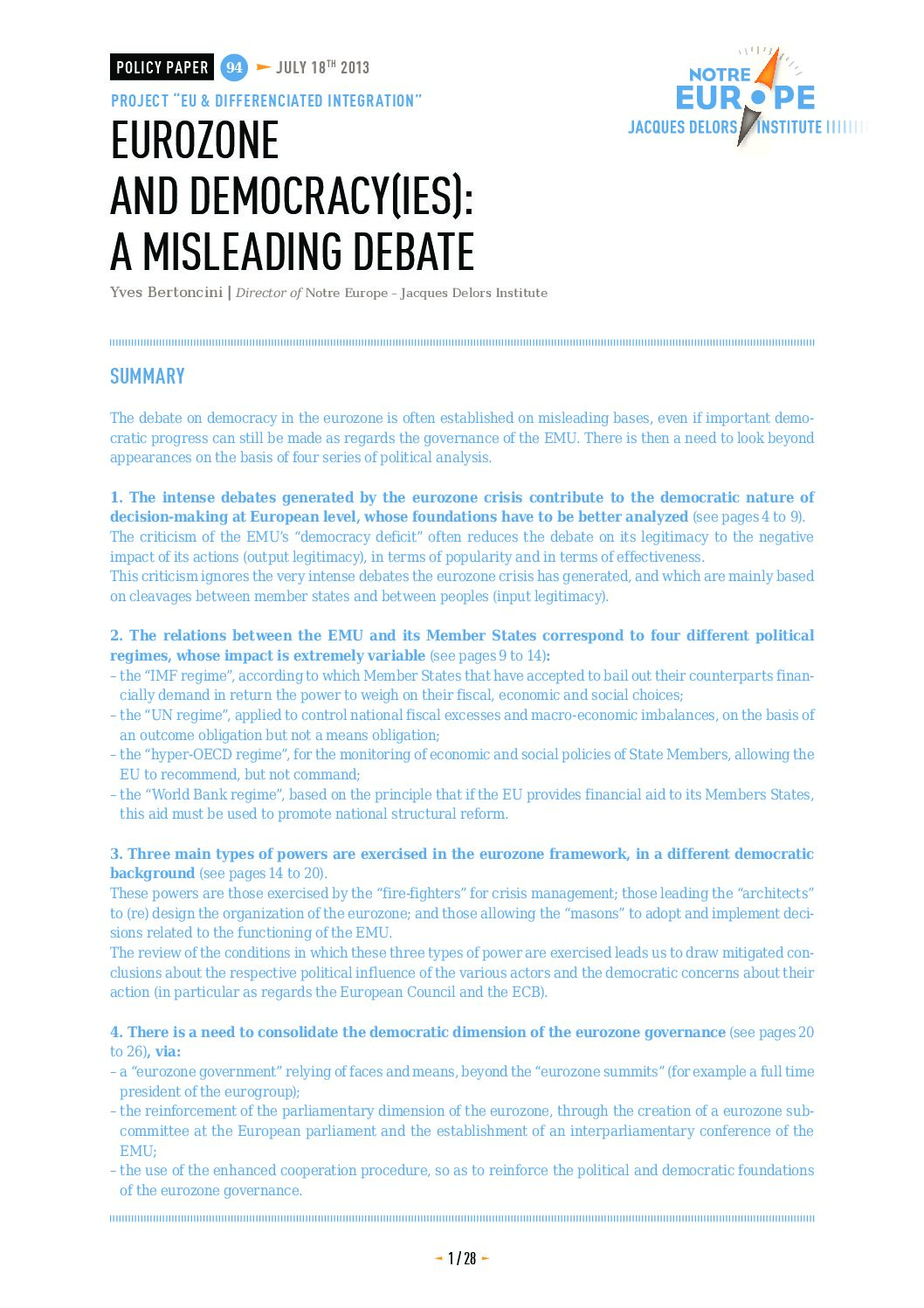 The reflection on democracy in the eurozone is often established on inappropriate bases, then generating a misleading debate whose issues need to be clarified: it is the purpose of this policy paper by our director Yves Bertoncini.

In this perspective, this policy paper focuss on four series of political analysis :

1.
The intense debates generated by the eurozone crisis contribute to the
democratic nature of decision-making at European level, whose foundations have
to be better analyzed.

2.
The relations between the EMU and its Member States correspond to four
different political regimes, whose impact on sovereignty is extremely variable.

3.
Three main types of powers are exercised in the eurozone framework, in different democratic backgrounds.

4. There
is a need to consolidate the democratic dimension of the eurozone governance.