The three possible functions of the Eurozone budget (macro-economic stabilization, a tool for structural reforms, fiscal support for the banking union) require different types of EMU budgetary instruments. This is the main argument of this Tribune by Eulalia Rubio, based on an intervention at the workshop “The EU budget: a driving force for changing Europe?” organised in Rome on 30 October 2012 by Notre Europe – Jacques Delors Institute, in partnership with the Istituto Affari Internazionali, the Centro Studi sul Federalismo and the Institut für europäische Politik. 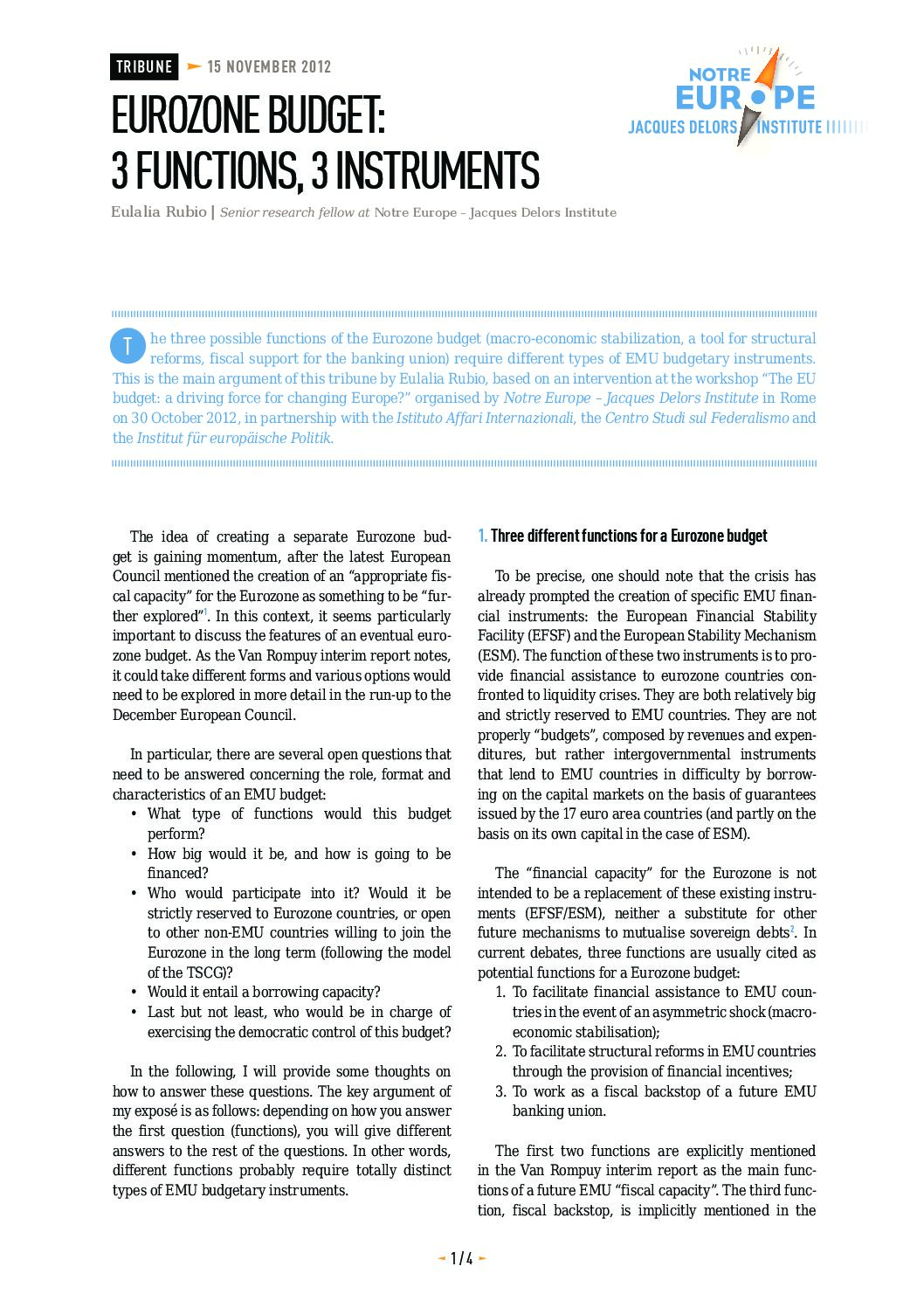 The idea of creating a
separate Eurozone budget is gaining momentum, after the latest European Council
mentioned the creation of an “appropriate fiscal capacity” for the Eurozone as
something to be “further explored”. In this context, it seems particularly
important to discuss the features of an eventual eurozone budget.

In particular, there
are several open questions that need to be answered concerning the role, format
and characteristics of an EMU budget:

–
What type of functions would this budget perform?

–
How big would it be, and how is going to be financed?

–
Who would participate into it? Would it be strictly reserved to Eurozone
countries, or open to other non-EMU countries willing to join the Eurozone in
the long term (following the model of the TSCG)?

–
Would it entail a borrowing capacity?

–
Last but not least, who would be in charge of exercising the democratic
control of this budget?

This tribune by
Eulalia Rubio, based on her intervention at the workshop “The EU budget: a driving force for changing Europe?” organised by Notre Europe – Jacques Delors Institute in Rome on 30 October 2012, in partnership with the Istituto Affari Internazionali, the Centro Studi sul Federalismo and the Institut für europäische Politik. It provides some thoughts on how to answer these questions. The key
argument of the article is as follows: depending on how you answer the first
question (functions), you would give different answers to the rest of the
questions. In other words, different functions probably require totally
distinct types of EMU budgetary instruments.